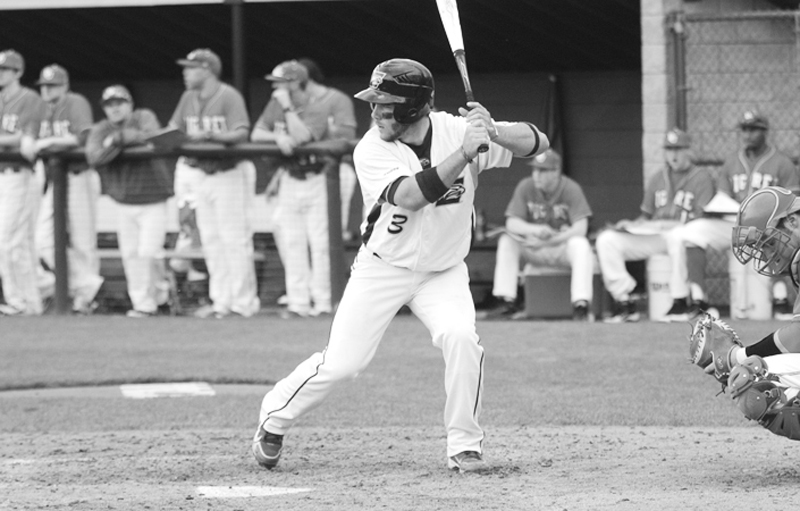 The baseball team played a weekend doubleheader against Methodist University (N.C.) in Fayetteville, N.C. this past weekend, falling to the Monarchs twice in vastly different games – 1-0 on Saturday, and 12-9 on Sunday.

While the results were not what the Eagles would have wanted coming into the matchup, there were positive takeaways from both contests for Head Coach Mike Twardoski’s squad.

The Eagles record fell to 6-4 with the losses, while Methodist added two wins to get their record to 5-2.

Methodist scored the game’s only run in the second inning, when Tyler Hardee scored with two outs.

The Eagles will rue their missed opportunities from this contest, as they outhit their opponents 13 to five, leaving 14 runners on base throughout the game.

Maldari also had the game’s only extra-base hit, hitting a double in the sixth inning.

Emory looked to avenge their loss in the following game on Sunday. They started off well, with senior right fielder Brandon Hannon scoring off of a hit from fellow senior left fielder Daniel Iturrey.

Lake and Iturrey also knocked in runs. Lake has gotten a hit in all ten of Emory’s games this season for a total of 11 games in a row, a streak originating from the end of last season.

Unfortunately for Emory, six outs away from their seventh win of the season, the eighth inning would prove to be the decisive.

Bitanga would be credited with the loss in the game.

Methodist’s incredible eighth-inning included a 3-RBI double by Lucas Scott. Jacob Shumate would claim the win for Methodist. Cody Wetmore and Jack Karras turned a double play to stem the tide and the Eagles added a run in the top of the ninth inning, but it was too little, too late.

While the Eagles lost two close games this weekend, they displayed the ability to compete in two different types of game, a pitching battle and a shootout.

The team will obviously look to improve on the results against Methodist, but there will still plenty of impressive performances from the weekend – most notably Dillman, who pitched the first complete game from an Emory pitcher since current sophomore Merolla threw one against Brandeis University (N.Y.) in March 2013.

The Eagles will not have too much time to reflect on a disappointing weekend, as local rival Oglethorpe University visits Chappell Park on Tuesday at 2 p.m.

Look for the Eagles to be refocused and ready for Oglethorpe in spite of their frustrating weekend, as this is a team heavy in senior leadership.

As Twardoski told the Wheel earlier in the season, “The team’s strength is our experience.” This experience will be put to the test in upcoming weeks as University Athletic Association (UAA) play approaches.

Callahan’s Corner: Braves Beating Phillies at Their Own Game 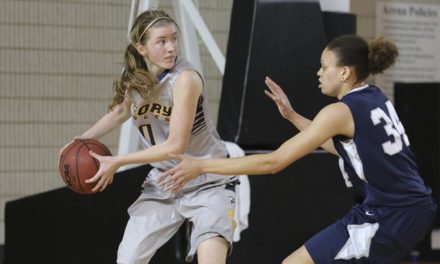 Squad Falls To a Strong Maryville