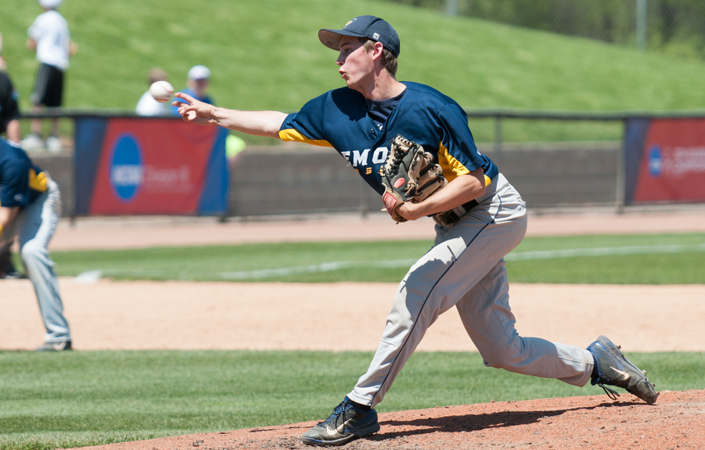 Over the course of the past weekend, Emory’s baseball team played games against Massachusetts Institute of Technology, the University of Chicago (Ill.) and LaGrange College (Ga.). Emory defeated MIT 5-4 and UChicago 15-4 but fell to LaGrange 5-0.

Against MIT, Emory prevailed in the eleventh inning 5-4. Junior pitcher Jackson Weeg got the start and went six solid innings. Weeg struck out six and allowed three runs, with only one of them earned. He was relieved by junior Luke Emmet, who threw two innings and allowed an unearned run. Junior Kyle Monk came on afterwards and got the win after throwing three scoreless innings. The win was Monk’s first of the season. At the plate, junior designated hitter Brian Hernandez and senior second baseman Dylan Eisner helped the Eagles nab the win. Hernandez went two for five with a triple and a pair of key RBIs, while Eisner went three for four with two runs and a walk.

“Brian [Hernandez]’s been hot all year, but what’s really been great about his play is his hitting in the clutch,” Head Coach Mike Twardoski said.

Emory took on UChicago next and won 15-4. Sophomore shortstop Nick Chambers finished the game two for three with three RBIs and a double. Hernandez had a monster game, going four for five with four RBIs and a run scored. Senior pitcher Paul Merolla got the start for the Eagles. Merolla struggled, allowing 10 hits and four runs in four and two-thirds innings. He was relieved by Emmet, who ended up getting the win; he threw three and one-third perfect innings while striking six on the way there.

In the Eagles’ final game of the weekend, they took on the LaGrange College Panthers. Emory was unable to get the bats going, falling 5-0. Junior pitcher Hans Hansen got the start and threw a solid game, going seven innings and allowing four runs. However, at the plate, nothing seemed to go right. The Eagles scattered nine hits, all of them singles, and were unable to put up a run. Junior left fielder Wilson Morgan was the only Eagle who finished the game with multiple hits (two). Emory also struck out as many times as they got hits (nine). Twardoski credited LaGrange pitcher Eric Morell for his great outing (nine innings pitched, no runs allowed, nine strikeouts), but still felt that Emory just played poorly.

The win against UChicago was Twardoski’s 500th victory in his career. He joins Emory’s volleyball team’s Jenny McDowell, softball’s Penny Siquieros and former men’s tennis Head Coach Don Schroer as the fourth coach in the school’s history to reach the 500 win plateau. He is the 39th active coach in NCAA D-III to reach the same milestone.

When asked about the accomplishment, Twardoski was quick to give credit to his staff and players over the years.

“I feel a little embarrassed calling it my accomplishment,” Twardoski said. “I’ve had a great staff and great players. I consider [the wins] Emory’s wins.”

After the weekend, Emory now stands with a 20-7 record on the year. The team will travel to take on Birmingham-Southern University (Ala.) on Tuesday, March 29. According to Twardoski, the energy the team brings will be the key to the game, adding that the game starts with the pitching staff. Weeg (4-0, 1.07 ERA) will get the start for Emory.