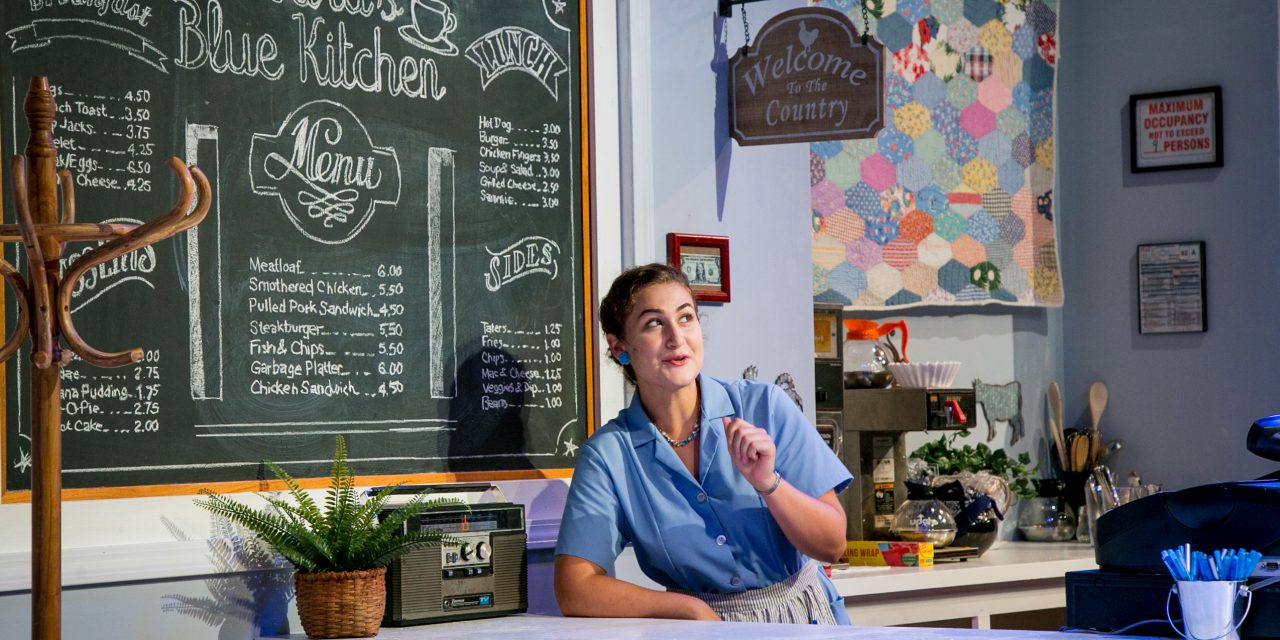 It was just six months ago when theaters across the country were locked up because of the pandemic. While this crisis isn’t slowing down any time soon and it’s looking like many theaters may not be able to reopen even after recovery, Aurora Theatre in Lawrenceville, Georgia, has pivoted its production strategy to stream newly produced plays and musicals online, becoming one of the smallest theaters in the nation to invest in this kind of digital program. Regardless of the quality of the plays produced throughout this digital program, the fact that Aurora Theatre is working hard to keep the Atlanta theater community alive during a pandemic is worth praising.

“Barbara’s Blue Kitchen,” the first production of Aurora Theatre’s “Our Stage Onscreen” digital series, is set in the small community of Watertown, just outside of Nashville, Tennessee. The musical centers on Barbara Jean (Chloe Kay), the owner of the titular diner and just one of the many roles played by Kay, who deals with a cast of colorful characters that gossip about each other and slowly reveal their insecurities and desires for love as the play progresses. The play’s cast consists of only two people: Kay, who takes on the role of Barbara Jean and all diner’s patrons, and Skyler Brown, who primarily acts as the local DJ whose only interaction with the world of the play is through the radio. 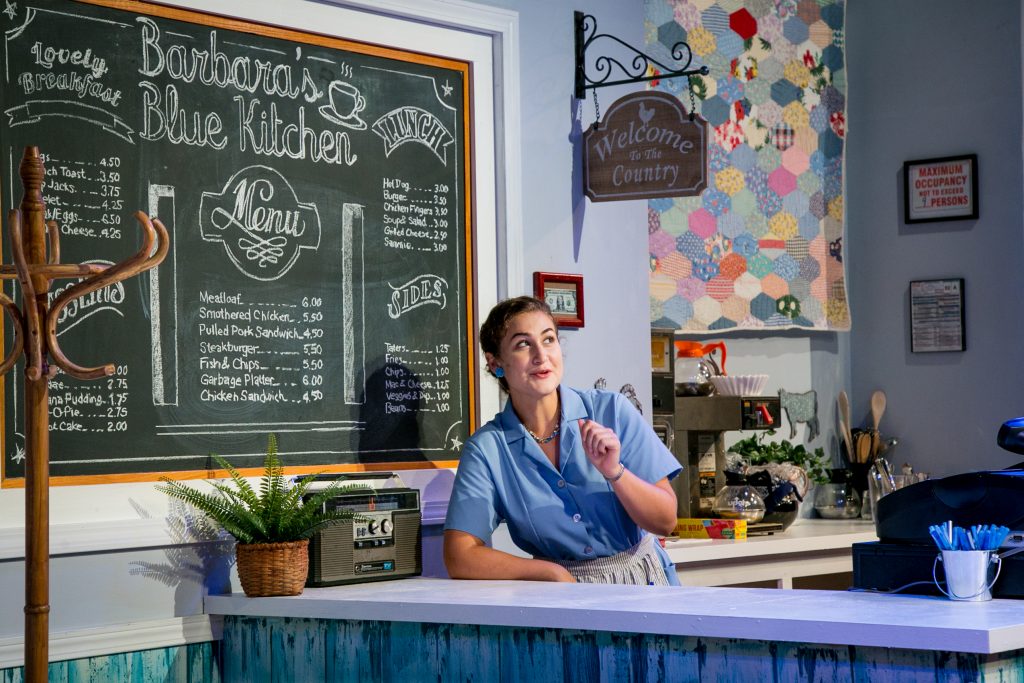 Owner of Barbara’s Blue Kitchen, Barbara Jean (Chloe Kay), sings along to tunes on the radio./Courtesy of Casey Gardner

What stands out most about Aurora’s production of “Barbara’s Blue Kitchen” is Kay’s impressive range as she portrays nearly every character who enters the diner. She goes from a delicate senior citizen with a penchant for mudslide pie to an energetic young boy with a strained relationship with his mother to a nervous, clumsy waitress all within a matter of minutes. Kay’s standout performance is as the kindly Miss Morris, a religious nurse who is given ample opportunity to endear herself to the audience by embodying a well-rounded desire to help others at her own expense.

Because Kay has to play nearly every major character in the show, certain characters are not as fully fleshed-out as others, leaving the scenes that focus solely on those slighter characters significantly less engaging than the rest of the play. This is most apparent in Kay’s portrayal of Barbara’s hostile sister Melissa which, at times, dips into a stereotypical depiction of an abusive Southern mother with a disregard for her children, making a third-act development for the character somewhat unconvincing.

Since “Barbara’s Blue Kitchen” was filmed with a digital audience in mind, the play doesn’t necessarily have to pertain to the limitations of a live performance. In a standard live performance, because Kay would be alone on stage due to her portraying all the characters within the diner, each scene would likely appear more like a soliloquy than an interaction between multiple people. But due to the unique presentation of this production, Kay is able to essentially act against herself, with reaction shots from different characters added to provide a sense of community and a fully-formed world within the play. This choice, however, comes off as a half-measure, as the cross-cutting method is implemented sparingly but also, seemingly, at random. Even in the scenes where cross-cutting is used, the technique makes scenes feel slightly awkward, as one character would go on about a certain topic while the other would simply be standing there, barely responding to what’s being said. For a play whose thesis is about the power of community, the spasticity with which cross-cutting is used presents a hollow visage of a community, with only a surface-level appearance of real connections while feeling entirely artificial.

Written by playwright Lori Fischer, the music and lyrics of the play capture the folksy atmosphere of an average American small town. This feeling is enhanced by a pitch-perfect arrangement that places the acoustic bass and the violin at the forefront. The songs, as a whole, are charming set-pieces that capture and explore their singers’ emotional landscapes in intimate and comical ways, like the climactic love song “If You Won’t Take Care of My Fish, Will You at Least Take Care of My Heart (While I’m Gone?),” with the title alone speaking for itself.

“Barbara’s Blue Kitchen” is a light delight. The play doesn’t have the most substantial plot or characterization but it floats along with the charm of Kay, who lends an extra heaping of humanity to each of her characters. Aurora Theatre’s introduction to online theater may have been a little rocky at points, but the fact that they put in the effort to provide an artistic outlet to the Atlanta theatrical community in the midst of a pandemic is worth the price of admission alone.