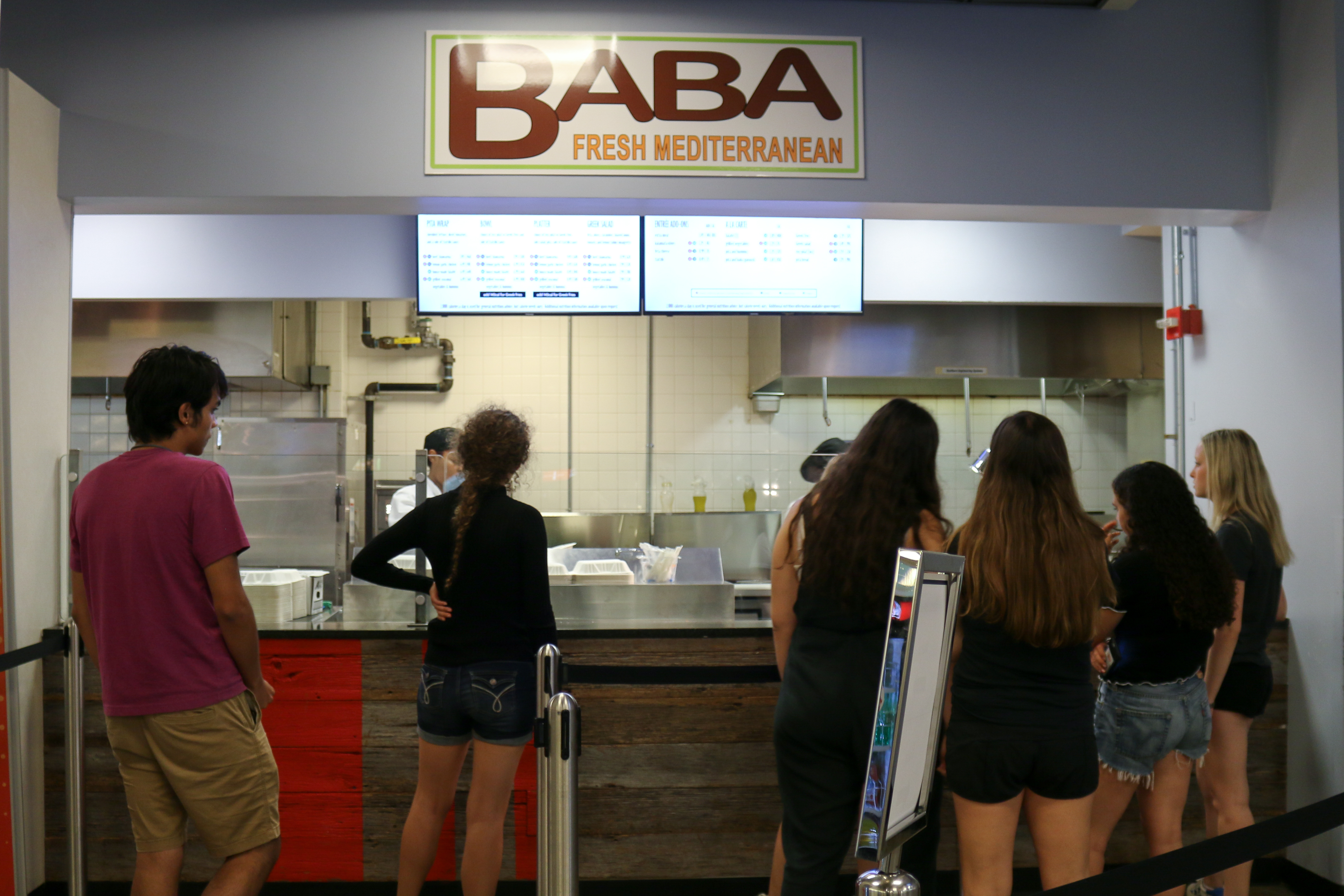 On one hand, Bhojanic served mediocre Indian food that put shame to the glorious cuisine of my motherland — its dishes lacked the defining euphonic multiplicity of ingredients and spices. On the other hand, Cox’s sole Indian dining option provided an essential element that few other eateries at Emory could offer: variety. A bastardized bowl of bland chole and rice is a rollercoaster of spice and flavors compared to your 30th order of Twisted Nachos for the week, and more so when compared to some of Cox Hall’s more poorly ‘Ray’-ted offerings. For vegetarians like myself, Bhojanic stood out as less aggressively carnivorous than the likes of Char’d Grill.

Enter Baba, Cox Hall’s new pan-Mediterranean eatery that offers a range of foods from the region, from their Levantine-inspired shawarma beef bowl, to their Greek-American fusion Greek fries. When I went, the counter’s line was packed with curious people whom I assumed to be residually sick of last year’s chips and queso.

Having grown up in the Middle East, you can bet your money that I am one of those pretentious posers that goes on and on about how the falafel and hummus in this country “isn’t quite the same as home” (though I concede that Sabra is decent). Needless to say, I ordered the falafel bowl and a side of hummus, with a futile intent to compare it with the culinary treasures of my home.

Interestingly, each bowl comes with a choice of rice or the aforementioned Greek fries. Though rice is unquestionably healthier and probably better complements the flavors of the meat and falafel, the appeal of fries coated in spices, feta cheese and parsley sounded too good to pass up. The potatoes made my meal feel more like a hot mezze (literally “hot plate”) that is common in Middle Eastern cuisine, but I couldn’t help but think that consumerist America has a tendency to stuff as many random ingredients into a bowl of rice as possible and label it food.

My falafels were small, a little crumbly and colored a pale brown. Though they were significantly less aesthetically pleasing than Falafel King’s perfectly golf ball-sized pearls of deliciousness, they went down easily with a bit of tzatziki sauce. The falafel was adequately seasoned and melded well with the cool, garlicky taste of the tzatziki, a flavor quickly eclipsed by the sharp hits of parsley and the briny slabs of feta that were sparingly scattered throughout the fries. What was unfortunate was the ratio of falafel to fries, as after just five bites I was left with a full bowl of crisp fries and absolutely no falafel. The last half of my meal was sadly reminiscent of my freshman year days at the now demolished Dobbs University Center (DUC), during which I disdainfully scarfed down curly fries and Sriracha sauce to satisfy my picky taste. I attempted to make the best of my falafel bowl by dipping the fries in my side of hummus, which carried a pleasant, fragrant taste of tahini and garlic but was a little too thick and grainy — like a bad batch of mashed potatoes.

Overall, the meal was fine and included a decent amount of food (the falafel bowl cost a fair $6.99). If you are a Mediterranean food enthusiast and if Falafel King or Zoe’s Kitchen demands too much of a walk, then Baba’s is definitely worth your time. Moreover, the pita and hummus costs just $3.29 — an uncommonly low price point at Cox — and, alone, is an ideal snack if you have a small gap between classes.

Bhojanic may be gone, but Baba’s is an equally varied and satisfactory alternative that I look forward to slotting in on my Twisted Taco cheat days.