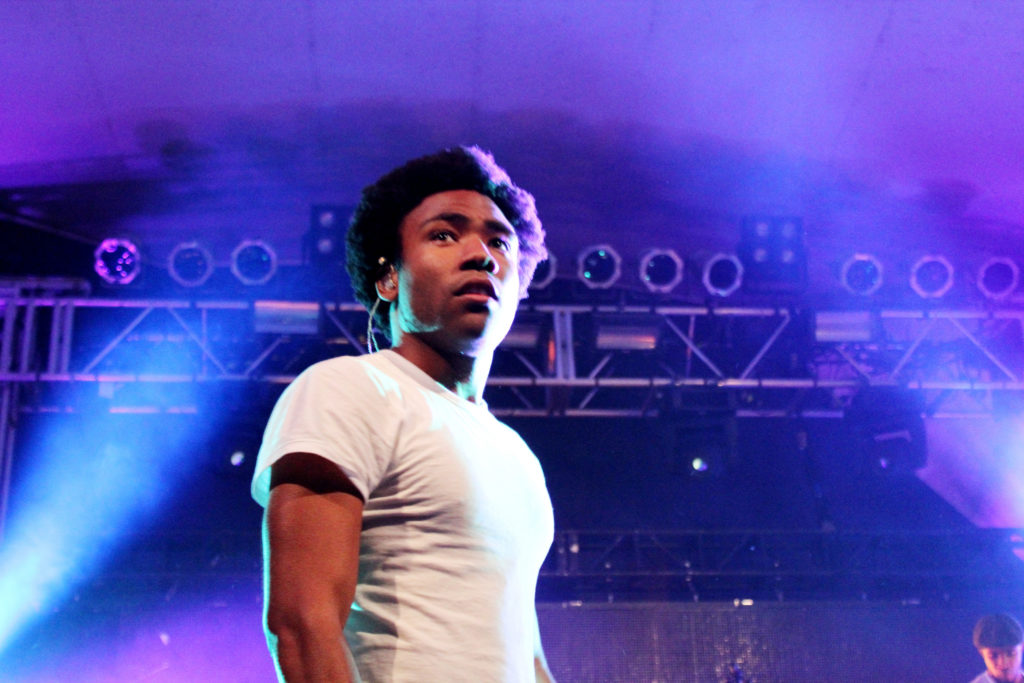 Childish Gambino, or Donald Glover, demonstrated his multifacetedness with past album releases in genres ranging from rap and hip-hop to R&B.  However, Awaken, My Love! completely disregards these old sounds by incorporating strong psychedelic funk and soul influences with rock and synth-pop undertones, and succeeds in doing so.

In an interview with Billboard, Glover discusses how this album is influenced by the music he grew up with, including Funkadelic and The Isley Brothers. He channeled this energy and adapted that sound in Awaken, My Love! Before this release, the app “Pharos,” was released, which allowed users to purchase tickets to a three-day music festival in Joshua Tree, California. Glover performed all of Awaken, My Love!  multiple times, and no recordings of the performances were allowed. This kept the greater part of his fanbase in the dark about his new album.

In November, “Me and Your Mama” first aired on BBC1 Radio and fans had difficulty believing the vocals belonged to Gambino. The song has a trance-like intro that suddenly transitions into a grunge-rock instrumental blended with powerful falsettos. This was a critical point during which Gambino’s audience realized that this album would be something revolutionary.

A week later, “Redbone” was released.  “Me and Your Mama,” features ambient tones and 70s funk, acting as a sultry introduction to the neo-soul aspect of the album. Gambino croons a sweet serenade with high-pitched vocals that would leave anyone swooning. Again, this track gave no indication as to how the finished album would turn out.

Before the album was released Dec. 2, the Pharos app featured a live performance of “Me and Your Mama.” The performance was virtual reality headset-compatible, so the viewer could glimpse the September concert experience. Gambino is almost unrecognizable, his usual casual fro styled in cornrows, his body covered in fluorescent paint and only a straw skirt covering him. His image appears earthy, ritualistic and in perfect alignment with the album’s sound.

Awaken, My Love! stays consistent with the funk and soul sounds and high falsettos from Gambino, but each track underlines a different aspect of what I believe to be the common theme of black love. For example, “Redbone,” which means light skin woman in slang, speaks of intimacy in relationships; “Stand Tall” relates to shared sentiment between father and son, highlighting love in black families.

However, some fans speculate that this album is dedicated to Glover’s child, born in October. Tracks like “Baby Boy” and “Stand Tall” appear to have underlying messages about the importance of family relations. “Stand Tall” is a story told from the perspective of man reflecting on his childhood and the lessons his parents taught him, stating “But my mama said keep all your dreams, keep standing tall.” “Baby Boy” is from the perspective of the same man, who feels pressured to be a good father while taking time to maintain a strong relationship with his significant other.

Gambino also addressed various social issues in tracks such as  “Zombies,” where Kari Faux chants “We’re eating you for profit” in the background.  Although this track strays from the theme of fatherhood, it discusses the music industry’s negative aspects, describing those who work in record labels, such as producers, as vultures leeching off an artist’s success and profits. “Have Some Love” encourages solidarity among the black community: “Really love one another, it’s so hard to find.” The importance of this message is apt considering recent instances of police brutality toward black men, an issue Gambino addresses in “Boogieman.”

Despite the seemingly unrelated themes in Awaken, My Love!, Gambino’s contemporary take on classic 70s funk instills feelings of love and anger in the listener. Completely straying from his usual rap and R&B, Gambino still manages to incorporate emotion in each line of his music.