Sports fans should know that all good things must come to an end. Every championship team struggles.

But Atlanta United is not just suffering a post-championship slump; the team is crashing and burning. Coming into their April 20 home game against FC Dallas, Atlanta was hoping to capitalize on momentum after their first win of the season against New England.  Despite firing 22 shots, eight of which were on target, Atlanta lost 2-1 to an exceptional FC Dallas team.

FC Dallas immediately put Atlanta on their heels by scoring in the sixth minute. After FC Dallas played the ball out from the defense, midfielder Michael Barrios spun away from Atlanta defender Leandro Gonzalez-Pirez, leaving the Argentinian in the dust following a mistimed slide tackle. Barrios burst down the right wing with great agility and speed, and Atlanta defender Brek Shea sprinted in vain to intercept him. Barrios fired a perfectly placed pass toward his compatriot and teenage forward Jesus Ferreira, who calmly controlled the pass and slotted the ball past the outstretched foot of Atlanta goalkeeper Brad Guzan and into the goal.

The noise level dropped substantially from the Atlanta faithful, stunned to see their team concede a point so early in the match. But Atlanta attempted to fire back when the ball found midfielder Ezequiel Barco from a corner kick in the 25th minute. Barco smashed a curling shot from outside of the goal box square off the post, but Atlanta could not score off the rebound.

Before halftime, FC Dallas almost extended their lead. FC Dallas defender Reto Ziegler hit a strong free kick from distance, but Guzan made a solid diving stop to keep Atlanta in the game.

During the second half, Atlanta played better and created many goal-scoring chances in attack. Unfortunately, they couldn’t put together the finishing touches.

Atlanta midfielder Julian Gressel hit a curling free kick in the 50th minute, but FC Dallas goalkeeper Jesse Gonzalez dived to make the save. Barco again hit the post off of another free kick in the 60th minute. Barco’s powerful, bending free kick clipped the top of the crossbar in a manner that would impress free-kick maestro and former LA Galaxy midfielder David Beckham.

Atlanta searched for an equalizer and twice came agonizingly close through forward Josef Martinez’s efforts. In the 81st minute, Gonzalez made the best save of the night to deny Martinez’s close-range shot directly from a corner kick, displaying lightning-quick reflexes and dropping down to save the low shot. Then, in the 86th minute, Atlanta midfielder Gonzalo “Pity” Martinez lobbed a pinpoint pass to Josef Martinez, who darted behind the FC Dallas defense. Despite being one-on-one with Gonzalez, Josef Martinez hit his shot just wide to the disbelief of Atlanta fans and commentators alike. Gonzalez played a huge role in FC Dallas’ win as the 23-year-old stepped up to the challenge with seven saves.

FC Dallas took advantage of Atlanta’s aggressiveness and scored on a counterattack. Barrios found a lobbed pass, and in a display of speed and accuracy, the midfielder earned his second assist with a pass to midfielder Bryan Acosta. Acosta sprinted 75 yards down the center of the field — leaving Gonzalez-Pirez in the dust yet again — to score the tap-in goal. Gonzalez-Pirez’s faulty positioning was a major factor in both of FC Dallas’ goals.

Despite the frustrations in offense, Atlanta United got a consolation goal in stoppage time, and Josef Martinez finally ended his 436 minute goalless run with a well-placed penalty kick.

In tight games like this one, Josef Martinez’s misses and Barco’s shots off the post are costly. Yet manager Frank de Boer was still very happy with his team’s performance and insisted that wins will come if Atlanta continues to play with the same attacking intent.

“You think always if you make progress, it’s always three points, but today it was not like that,” de Boer said. “I think we really made progress today — how we played today. You cannot expect more. I was proud of the intensity, [but] not always the best team wins.”

Despite de Boer’s optimism, fans’ patience is wearing thin. Goals have continued to elude his team despite several good chances. Atlanta holds the unwanted record of the least amount of goals scored in the MLS Eastern Conference, which should be especially painful for the Atlanta faithful since the Five Stripes scored the most goals in the entire MLS last season. Fans have expected the 2018 MLS Golden Boot winner Josef Martinez to assume responsibility, but he has failed to step up and take control of games in the same manner as last year.

While Atlanta may have attacking potential, that alone does not win championships. Unless de Boer can start guiding Atlanta to more victories and goals, his tenure with a new team may be cut short yet again. 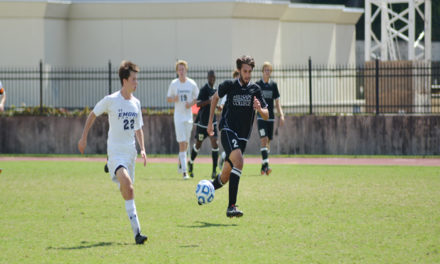 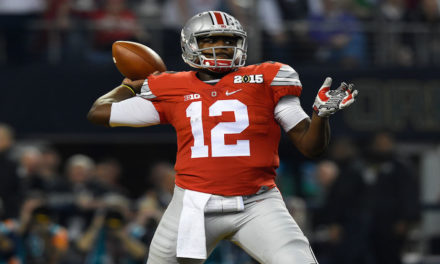