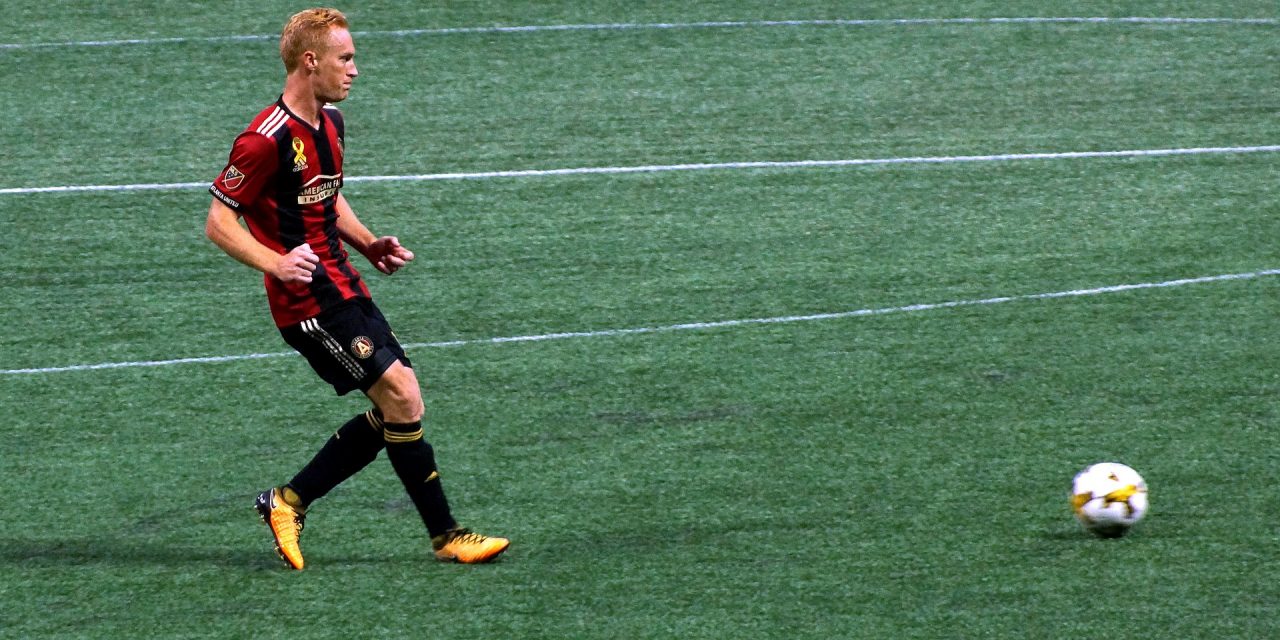 Atlanta United FC traveled to Tennessee on Sept. 12 to take on Nashville SC in hopes of ending a four-game winless streak. After an exciting first half that started with Nashville’s forward Dominique Badji scoring within the first minute of the game, Nashville held on to beat Atlanta 4-2.

Atlanta dominated statistical possession throughout the game, retaining the ball 60% of the time. But this stat fails to describe who actually controlled the game. Even without possession of the ball, Nashville maintained their structure and pressed as a unit, making it difficult for Atlanta to thread the ball into the attacking third.

Nashville’s first goal and third goal were similar in buildup, suggesting that Atlanta has a tactical problem in addition to the growing number of individual mistakes. After Atlanta’s kickoff, the team quickly turned over the ball in their own half. Nashville won a corner, and Badji punished Atlanta’s spacious zonal defense by scoring from just outside the goal line.

The buildup to the third goal started when Atlanta right midfielder Brooks Lennon lazily gave the ball away in his own half. Nashville’s left back Dan Lovitz found plenty of space to cross the ball from the left-hand side as he twisted and turned past Lennon. There were six Atlanta players inside the box, but not a single player was marking a Nashville player. Once again, Atlanta’s zonal setup created gaps between the two parallel lines of defenders and midfielders, and Nashville’s central midfielder Dax McCarty surged into the box unmarked to head the ball into the back of the net.

Although Atlanta set up in a 4-1-4-1 formation, the shape mimicked a back three formation at times; center-back duo Anton Walkes and Miles Robinson played a high line, while Larentowicz dropped deep from midfield. This provided defensive cover for fullbacks George Bello and Franco Escobar to join attacking sequences more frequently and stay wide of the pitch. Bello took advantage of his offensive opportunities by scoring Atlanta’s second goal. Bello’s role as a wingback also gave Ezequiel Barco, Atlanta’s only designated player (DP) available, freedom to drift inside. Barco showed signs of individual skill but failed to link up with other attacking players. He notched an assist from a free kick, but he was largely unproductive in open plays.

While Larentowicz’s defensive coverage spurred attacks from wide positions, it caused problems for Atlanta in the middle of the field. Larentwicz’s positioning created a massive gap between Atlanta’s back line and midfielders, and Wolff looked aimlessly lost and isolated. In several defensive transitions, Nashville’s newly-signed DP Hany Mukhtar and McCarty carried the ball without significant pressure from Atlanta. In offensive transitions, Atlanta struggled to move the ball from defense to midfield without a holding midfielder. Walkes and Robinson resorted to playing long balls from their center back positions.

Nashville SC and Atlanta United both scored one goal apiece in the second half to finish the game 4-2. In a post match interview, Glass focused on his players’ individual errors rather than his coaching tactics, deflecting blame away from himself onto his own players.

Glass isn’t entirely wrong in stating he isn’t to blame for Atlanta’s dreadful results. After all, this is an even weaker squad than the one whose poor performances led to the firing of former head coach Frank de Boer. But Glass’ comment also reflects why he isn’t the right one to steer the ship. It’s one thing to be critical of your team and something else entirely to shift blame onto your own players. It’s a message that divides the locker room, especially during a period when the players need the most backing from their coach. If Glass had any hopes of turning his temporary job into a permanent one, his window of opportunity has already closed. Whether he’s correct or not, whether he’s an interim or not, the buck should stop at the top. Glass’ message conveys that he’s simply not in control.

Aside from coaching, the question still remains: where does Atlanta go from here? The team has fielded 27 different players since the league’s restart. With so many frequent changes to the lineup, Atlanta cannot rely on a zonal defense. A man-marking system would be more effective by increasing individual responsibility inside the box. Atlanta must also hire a permanent head coach who won’t cower from poor results but instead lift the team’s morale after a bad game.

If Atlanta’s recent results aren’t telling enough, the 10-year age difference in the center midfield partnership between Wolff and Larentowicz highlights the necessity of an extensive rebuild. But if Atlanta United fans are looking for any silver lining, it should be the inclusion of two academy products in the starting lineup: Wolff and Bello. Atlanta fans can also be happy about the departure of Martinez, who despite arriving with high expectations, was quite underwhelming during his short tenure at the Mercedes-Benz Stadium. Martinez leaving opened up a DP spot and also earned the club $4 million in profit. With rumors of a new head coach, money to splurge on a new DP and bright youth prospects coming through the academy system, Atlanta United fans still have plenty to look forward to in the future. 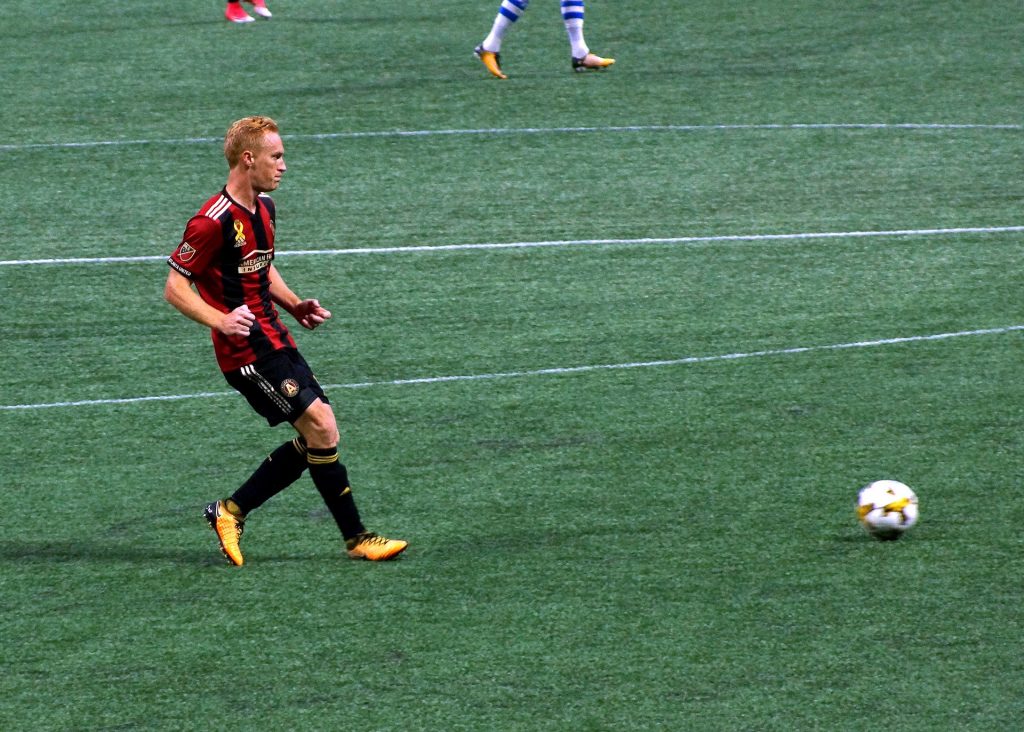 Defensive midfielder Jeff Larentowicz sends the ball cross-field in a match in 2017./Courtesy of Wikimedia Commons

Andy Park (21B) is from Port Washington, New York, majoring in business administration. Outside of the Wheel, he is involved with the Goizueta Energy and Environment Group. He enjoys watching soccer, reading thriller novels and watching movies.