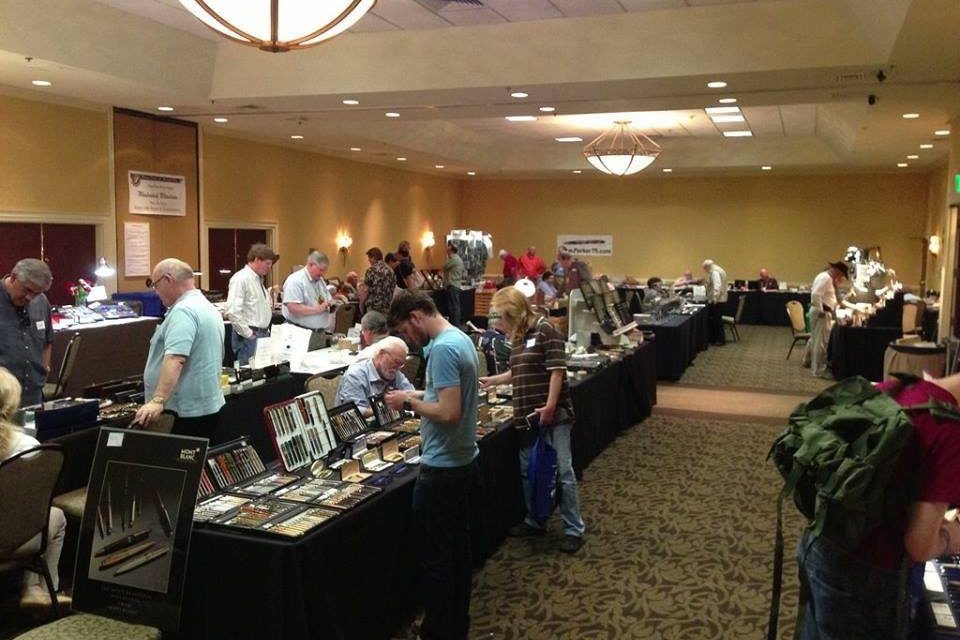 When I first walked into the Wyndham Atlanta Galleria to attend the Atlanta Pen Show, I was immediately offered a free copy of Pen magazine. “There are two of you,” the woman said, “so you can have two different ones!” The woman and her friend, sitting at a table located near the entrance, gestured towards the admissions table and smiled warmly. I paid my $8 admission fee and walked in — unsure about what to expect.

This was the Atlanta Pen Show’s 20th year running in the city. The show, sponsored by major pen brands such as Mont Blanc and Delta, took place at the Wyndham — a conveniently located hotel and showroom where pen lovers from near and far converged both to talk about and display their own pens for sale. “Birmingham’s not too close,” I overheard an elderly gentleman say, “but I always make it a point to come to the Atlanta Pen Show every year.” 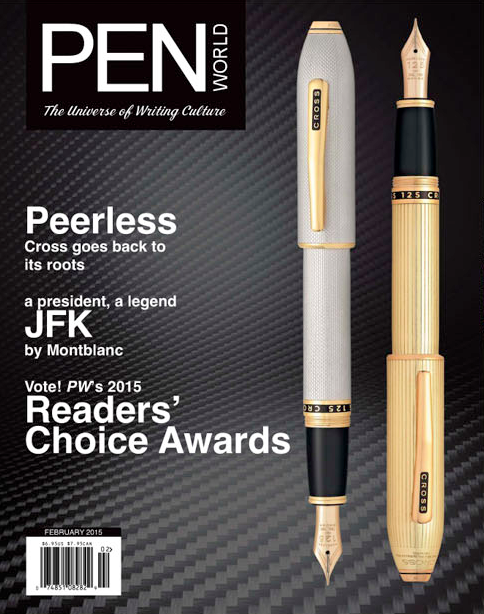 The Atlanta Pen Show boasted “new and vintage pen dealers from the Southeastern United States and beyond” on their website. Not only were there tables of vendors lining the edges of the ballroom where people were buying and selling pens, but also pen experts leading pen-related seminars, such as “Italian Calligraphy,” and “Cursive Handwriting.”

There was an eclectic mix of people attending that day. One self-declared “pen accumulator” claimed to have a collection of over 100 vintage pens. Vendors sold a variety of pens and pen-related paraphernalia, from handcrafted wooden ballpoints to refurbished fountain pens from the 90s, to leather journals and rare inks. In a separate room, young pen enthusiasts swapped pens and inks across a table littered with scraps of paper, discussing the chances of winning the day’s raffle for a grand prize drawing. From pen fanatics to the young man staying at the Wyndham who asked if he could take a quick look inside, everybody played a part in adding to the lively atmosphere.

I wandered over to a stall where a man was busily repairing fountain pens. Bits and pieces of all kinds of pens as well as tools and inks were strewn about a table below a banner that read “Martin’s Pens 51” with the words “On Site Repairs” in red right below.

Martin was not only repairing pens, but displaying his wares as well. Terry Wilson, an attorney who was displaying some of his own personal pens for sale at Martin’s table, introduced me to some of his most prized pens.

“I’m selling some of these pens on behalf of a friend. I love these so much, though sometimes I can’t help but snatch them up for myself,” he said, pulling a fountain pen out of his pocket with a smile. “I do, of course, pay for them,” he laughed.

While one room of the event was enough to keep me occupied for hours, at the end of the show I discovered another brightly-lit room crowded with collectors making their last purchases and vendors pulling out every sales trick in the book.

“Please, go ahead and try one,” one man urged as I walked past his stall. “That is the only fair way to judge a pen, after all. Any of them catch your eye?”

Unsurprisingly, most people at the Atlanta Pen Show were there to check out the pens. But the show also featured pen accessories most enthusiasts were soon convinced they couldn’t live without. At one stall, a vendor sold custom-made leather pouches and multi-tier Brazilian rosewood boxes for housing expensive fountain pens. At another table, people sold fine papers and inks. And then there were stalls where the link to pens was slightly more tenuous, such as the man selling vanilla-tobacco and mango-habanero chocolates. Despite people’s varied backgrounds, from local vendors to university students to die-hard fans from across the country, they were all united in a community built on a simple love for the art of handwriting.

“Try the Anderson’s table,” one selfless vendor suggested to a buyer, pointing across the room with a smile. “They might have what you’re looking for.”

The show was coming to an end and I had to leave, but not before stopping at one last stall. I perused through the selection that the man had as he looked on and smiled encouragingly.

“Please,” he said, “tell me if you see anything you like. Things are starting to die down now, but feel free to come back again tomorrow if you’d like.”

The Atlanta Pen Show was the first pen show that I had ever attended, but left me intrigued for more. I was surprised that on a rainy day, people would come from as far as Alabama to participate in this once-a-year event. I will admit that, although I was initially skeptical as to how entertaining a pen show could be, I was inevitably swept up in the excitement and learned to appreciate pens and calligraphy in a way that I hadn’t been able to before.

As I left the show, I heard the voice of one of the vendors echo through my mind.

[quote_colored name=”” icon_quote=”no”]“If you don’t buy it, you’ll spend all afternoon thinking about the pen you could have had.” he said. “Listen,” he whispered, “It’s calling your name.”[/quote_colored]