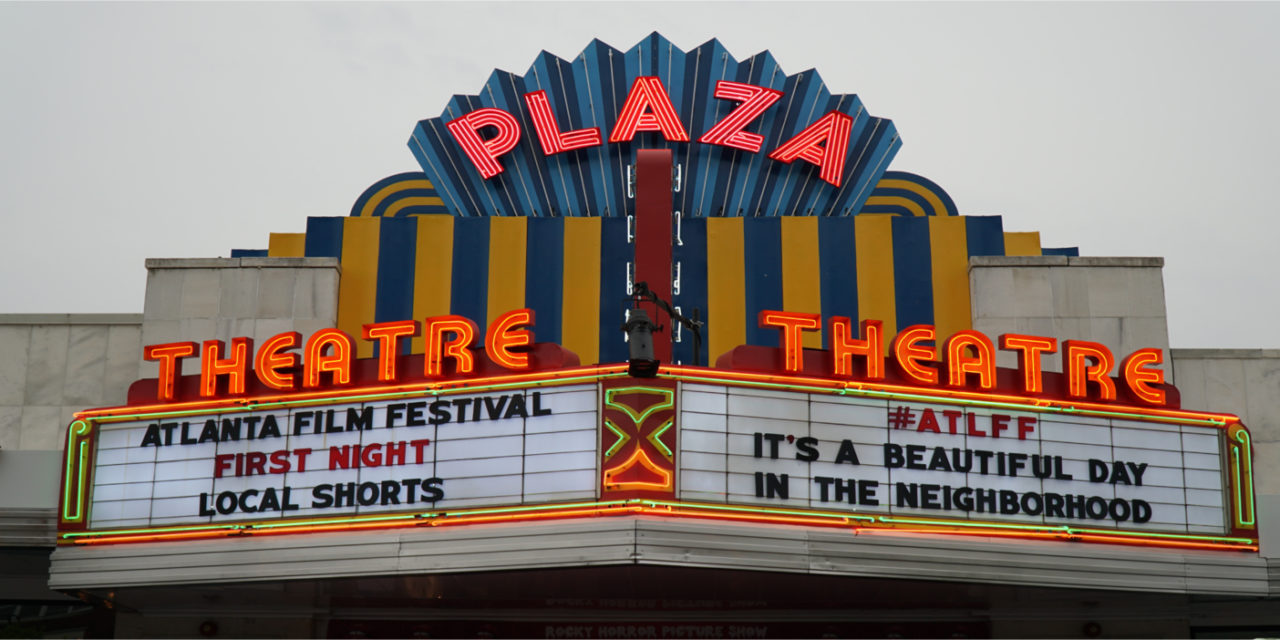 Film festivals are a haven for movie lovers everywhere. Packed with panels, conferences and, of course, films, they are unmissable opportunities to learn about and appreciate the medium. The Atlanta Film Festival, which took place April 4-14, boasted an infectious energy that Saru Garg and James Patrignani, two A&E writers, were enthusiastic to bask in. Here is a rundown of seven films they collectively saw.

One of the questions that looms over first-generation immigrants to the United States is whether they should have left their home country at all — whether their lives in the U.S. are better than the lives they left behind. In her sophomore feature, Chinese-American filmmaker Lulu Wang takes this question to task with the honesty, vulnerability and complexity that it demands. Based on her own life, the film follows a young woman named Billi (Awkwafina), who finds out that her beloved grandmother, Nai Nai (Zhao Shuzhen) has been diagnosed with cancer. Bound by Chinese tradition, which dictates that terminally ill individuals not be informed of their diagnosis so as to incite fear, Billi and her family must craft a ruse to visit China and say their goodbyes to Nai Nai.

Anchored by a standout dramatic performance from Awkwafina and unconventional, expressive camerawork, “The Farewell” generously and lovingly contrasts the collectivist Chinese culture with the individualistic American one, without ever tearing down either value system. The film also explores the facades of family life both explicitly, through the various ruses the family concocts to see Nai Nai, and implicitly, through the elaborately constructed, yet artificial backdrops against which the action unfolds. Bursting with dark humor, profound wisdom and tender moments, Wang paints a poignant picture of a divided immigrant family who must reconcile their conflicting beliefs in the face of looming tragedy.

Nia DaCosta was recently tapped to direct the Jordan Peele-produced reboot of classic horror slasher, “Candyman.” In her directorial debut, however, DaCosta tackles horror of a different kind: the American healthcare system.

Set in small-town North Dakota, “Little Woods” tells the story of Ollie (Tessa Thompson), a small-time pill peddler who is almost finished with her probation. The charge? She had been arrested for illegally transporting Canadian medication across the border and selling it to low-income workers who desperately need it. Though Ollie plans on leaving North Dakota and building a better life for herself, her plans are complicated after her sister Deb (Lily James) becomes pregnant. Bearing a child she does not want to keep and in need of a place to stay, Deb pleads for Ollie’s help. In order to support her, Ollie must go back into business.

Despite the illegality of selling drugs, “Little Woods” casts no judgment. As Ollie says to Deb during one conversation, “Your choices are only as good as your options are.” In a rural, blue-collar town, they are all helpless to circumstance, doing what they must in order to survive. The authorities cannot understand this, and, as a result, many tense confrontations occur throughout the film, heightened by the jarringly loud, mounting score.

Thompson and James deliver deeply empathetic performances which further complicate viewers’ notions of morality versus legality. But not all hope is lost. Despite its predominantly muted color palette, the film casts recurring shots of brilliant sunsets, signaling the end of one day and the promise of another that may bring something better.

The story of an unknown individual’s ascent into superstardom is standard Hollywood fare (see “Dreamgirls” or the thrice-remade “A Star Is Born”). As such, it takes effort to make this narrative feel fresh and interesting. Director Max Minghella certainly tries to breathe life into this familiar story in his debut film, “Teen Spirit,” but with little success.

His telling revolves around industrious teenager Violet (Elle Fanning), who covertly pursues a singing career while also working as a waitress and helping out on her mother’s farm. Things change for Violet when she becomes a contestant on Teen Spirit, a local singing competition. With her self-appointed manager, Vlad (Zlatko Buric), by her side, Violet tries to make her music dreams come true.

The film’s already overdone narrative is further plagued by issues of underdeveloped character backstories and unnecessary plotlines, such as a purposeless romance for Violet. An overreliance on montages to fill gaps in time and characterize the movie’s protagonist is similarly frustrating as a form of lazy storytelling. However, when the music starts, the film comes alive. It’s undeniable that “Teen Spirit” carries a youthful vitality that is underscored by its pop soundtrack, pulsating neon colors and gleaming lens flares. Much of the feature, especially Fanning’s vocal performances, is shot in a style reminiscent of a Top 40 music video, making it eye-catching and entertaining. It may not be an excellent film, but it sure is fun to watch.

Britt Poulton’s and Dan Savage’s debut feature isn’t for the faint of heart. Set against the lush backdrop of the Appalachian mountains, the film centers on an isolated, fervently Christian community who has interpreted the Bible verse Mark 16:18 literally: “They shall take up serpents; and if they drink any deadly thing, it shall not hurt them; they shall lay hands on the sick, and they shall recover.” To prove their faith, they handle snakes. If they are bitten, they try to pray the poison away. Amid their society, the preacher’s daughter, Mara (Alice Englert), strikes up a forbidden romance with non-believer Augie (Thomas Mann). The protagonist’s name, adopted by Naomi in the Bible after the death of her husband and sons, perhaps foreshadows the strife and grief that she, too, will endure. Her life only becomes more complicated after her father (Walton Goggins) encourages her to become betrothed to the devoutly religious Garret (Lewis Pullman).

“Them That Follow” works to illustrate the commonalities between secluded communities and mainstream American society. For example, the patriarchy is ever-present in the film, where a woman’s most important decision is whom she marries, and her most valuable roles are that of wife and mother. In another standout performance after winning the Academy Award for Best Actress earlier this year, Olivia Colman plays Hope, the mother of Augie, who maintains this strict patriarchal system.

While its slow-burn storytelling makes the first half of the film somewhat disengaging, its latter half more than makes up for it. “Them That Follow” is at its best in its suspenseful, serpent-filled moments, when the combination of kinetic camerawork, quick editing and swelling sound keeps audiences on the edges of their seats. Grounded in a solid screenplay, “Them That Follow” finds the universal in even the most unusual of places.

Efron and Collins give incredible performances. Efron’s careful depiction of a killer’s psyche steals each scene, and Collins delivers a compelling representation of a woman juggling her undying love for Bundy while dealing with the horrors of his actions. The seasoned John Malkovich gives a standout performance as Judge Edward D. Cowart, who finally convicts Bundy and sentences him to death. Malkovich’s no-nonsense, stoic character provides some subtle yet effective comedy in an otherwise serious drama. In their interactions, Cowart’s and Bundy’s personalities clash as Bundy finally meets his match.

Storywise, the film admittedly has a choppy start. Hampered by a sluggish beginning, the narrative has a hard time finding its footing for about the first third of the film.

Luckily, however, the latter half of the film offers a thrilling conclusion that builds on the movie’s earlier character development. It is at this point that Efron fully commits to and shines in his role, as he portrays a character who engages in some truly violent acts. As the title promises, the expert storytelling crafts a satisfying and truly horrifying and conclusion. By the time the credits roll, you will most certainly have chills down your spine.

“The Death of Dick Long”

Set in a small town in Alabama, much of the comedy is made at the setting’s expense, exploiting its many zany characters. The two leads completely own their roles and their idiotic natures, bouncing off each other to form their superb chemistry. In one scene, when our bumbling leads have to hide a dead body from their children, their banter makes for a hilarious attempt to craft an on-the-spot alibi for the police.

Unfortunately, despite the promising comedic banter, the second half of the film seems to forget what kind of movie it is, trying and failing to fuse the genres of comedy and drama. The movie lost my interest as soon as it tried to pivot into a serious film, as the drama eventually disrupted its fluidity. Despite its tonal issues, “The Death of Dick Long” is still a solid comedy that stands out above most cookie-cutter movies of the same genre.

“Greener Grass” is one of the wildest, most outrageous comedies ever shown on screen. Writers, directors and stars Jocelyn DeBoer and Dawn Luebbe play two soccer moms in a dystopian suburbia where everyone with straight teeth wears braces and mothers nonchalantly give away their babies. This comedy is off-the-walls ridiculous, with people turning into dogs out of the blue and a woman giving birth to soccer balls. The result is an incredibly unpredictable story that makes you constantly question what you’re watching. DeBoer’s and Luebbe’s artistic chemistry shines on screen with every interaction. It is clear that their two quirky minds understood each other on and off screen, allowing the comedy to commit to being so against the grain. It is rare for a comedy to successfully veer so far from Hollywood’s conventional films and still work, but “Greener Grass” manages it wonderfully.

A potential criticism, however, is the film’s sheer lack of plot. The various scenes, most of which exist to build on the film’s dystopian world, fail to tie together a coherent storyline. Still, the lack of plot allows the film to take the audience on a truly unpredictable and unique journey.

“Greener Grass” is bound to become a cult classic with its outrageous humor; it’s simply a memorable piece of entertainment. 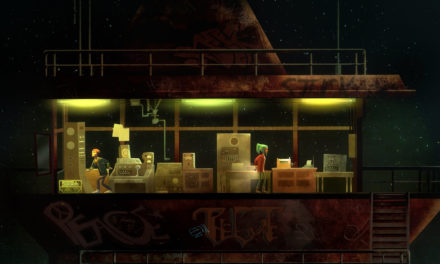 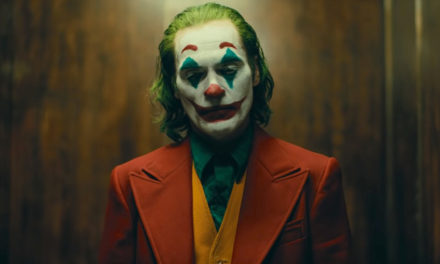 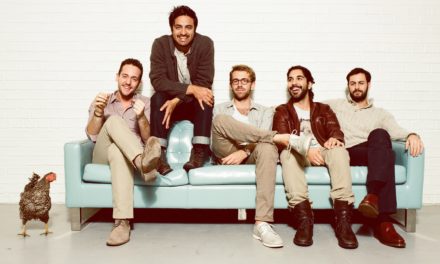