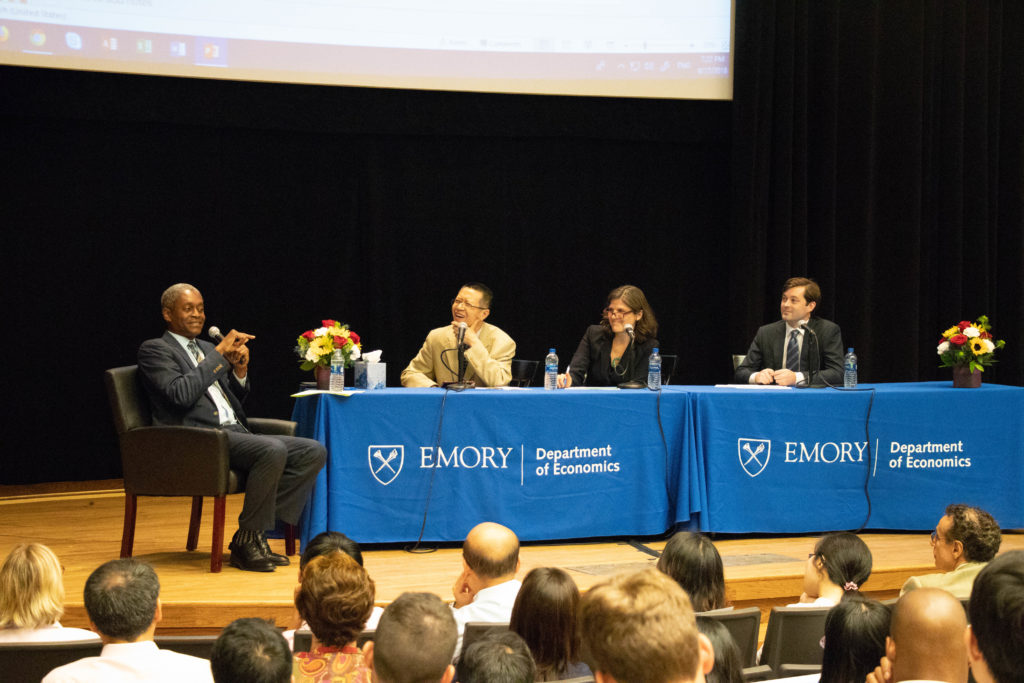 CEO and President of the Federal Reserve Bank of Atlanta Raphael Bostic discussed his role as an economic leader in a contentious political environment and the consequences of the 2008 financial crisis on Monday. About 280 students and faculty attended the event.

Bostic, who is responsible for ensuring the economic stability of banks in the Sixth District Branches of the Federal Reserve, described the 2008 financial crisis as “an era where there was a complete absence of due diligence.”

Bostic, who is also a voting member of the Federal Open Market Committee (FOMC) that establishes interest rates, said some people, including homeowners and stockbrokers, often lack an “appreciation of risk.” Bostic indicated people have a greater appreciation of financial risk following the ’08 crisis.

He also praised the Dodd-Frank Wall Street Reform and Consumer Protection Act, which was passed by Congress in 2010 to increase regulations on financial institutions, including increasing capital requirements, which he said made the market “far more resilient now.”

“If I see the amount of capital starting to reduce, I’m going to start asking questions of institutions,” Bostic said.

When asked how he predicts economic bubbles, Bostic responded, “bubbles are inherently not well-suited to modeling.”

Bostic said the Federal Reserve looks at historical trends in an attempt to predict bubbles like in 2008 but noted it’s also important to obtain supplemental evidence by speaking to businesspeople from various industries.

“[Cryptocurrencies] operate more like speculative asset markets than as currencies,” Bostic said. “If you need that money to eat, how much exposure do you want to put to the downside possibilities?”

He said he believes cryptocurrencies “facilitate anonymity” and described them as a “magnet for illegal activity.”

Associate Professor of Economics Kaiji Chen, who attended the event, said “it is important and useful that students are exposed to such experiences,” emphasizing the importance of understanding real world applications of economics.

Cameron Jacke (22C) said it was satisfying to hear Bostic reaffirm the apolitical nature of the Federal Reserve. Bostic said he tries to “keep [his] head down” and avoid pressure from elected officials when making decisions about the economy.

“Until tonight I was unaware of the breadth of responsibility that the regional branches of the Federal Reserve had in our economy,” Jacke said.