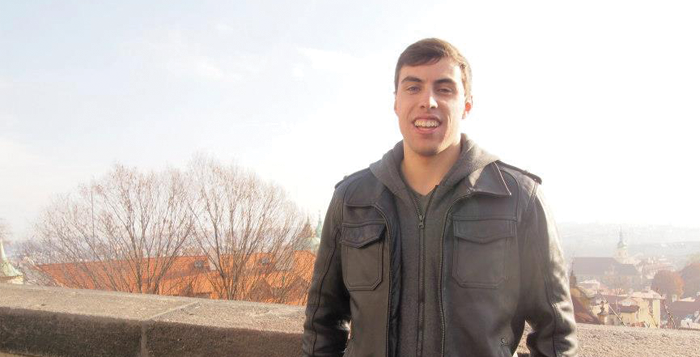 Technically, every student in Goizueta is majoring in a general business degree. Within this major, however, students can select one to two Area Depths which more closely align with their interests, such as Finance, Accounting or Marketing. As such, even though I’m a finance concentration, the majority of my business classes have been in subjects other than finance.

Why did you choose to concentrate in Finance?

I’ve always been sort of a math/science geek, and so I wanted a subject which appealed to my quantitative nature. Back in high school, I strongly considered pursuing engineering. However, I also value my interpersonal skills and didn’t want a career, for instance, where I’d be working in a lab all day. Finance, to me, is the field which best combines these two aspects. A financial analyst could spend hours and hours developing a complex Excel model, but at the end of the day, he/she also needs to be able to communicate their work in a succinct and understandable manner.

What’s been your favorite thing you’ve done as a Finance concentration?

Last semester, I took a Sports Finance class in which I tried to determine the value of the Miami Marlins baseball team. It was refreshing to be able to apply financial concepts to a fun and unusual topic such as sports. It was also fascinating to see the huge prices that owners pay to acquire a sports franchise, simply because the prestige of owning a sports team is so enticing.

What’s the hardest part of concentrating in Finance?

Finance can be a pretty steep learning curve. I know exponentially more now than I did just two years ago. Additionally, it’s the type of material that might not “sink in” when you first learn it. It often takes two to three times of going over a concept before you finally master it.

What are you hoping to do, career-wise, with your concentration?

After graduation, I’ll be working at the Bank of Montreal’s New York office as an Investment Banking analyst. I love the idea of a role where I can advise large companies during such critical times as a merger or an IPO.

I studied abroad in Vienna during the fall of my junior year – an experience I would recommend to anyone who is interested. In general, a large number of Goizueta students – finance concentrations included – study abroad. I took a class about international finance, in a classroom of students from all over the world. Needless to say, this diversity made the learning atmosphere much more engaging and thought-provoking.

If you could create your own class within the concentration, what would it be? Why?

Finance is a relatively young field. In contrast to physical sciences, which have been developing for centuries, many key concepts in modern finance have only arisen within the past 40-50 years (example: the Black-Scholes model of option pricing). This unexplored potential is another aspect that drew me to finance. As such, I would love to take a class which simply explores the “cutting edge” concepts of finance – topics in finance which we as a society are still figuring out. In general, I believes that America’s education system too often instructs us on what is known, without unveiling that what is unknown. For example, I love reading about developments in quantum physics, not because I want to be a scientist, but simply because I am fascinated by the exploration of undiscovered knowledge.

If you had to give advice to someone considering the Finance concentration, what would you tell them?

Many people concentrate in finance without legitimate reason. Many are just following the crowd, so to speak, and concentrating in finance because their friends are doing it. So my advice would be: don’t rush into a finance concentration unless you’re fairly sure about it, and don’t rule out other concentrations before you’ve given them a chance.

What is one thing every Finance B-schooler knows?

What’s one stereotype about Finance students that you think is untrue?

I think it’s safe to say that many people stereotype finance students as the “Wolf of Wall Street” type – that we are unscrupulous or aggressive personalities whose sole desire in life is to make money. While these types of people definitely exist, I think they are a small (yet very noticeable) minority. In truth, while the allure of making money certainly plays a role, many students – myself included – are simply interested in the subject matter. Or at least, I hope this is the case… maybe I’m just being ignorant.

Doolino Knows Best | How Do You Plead?