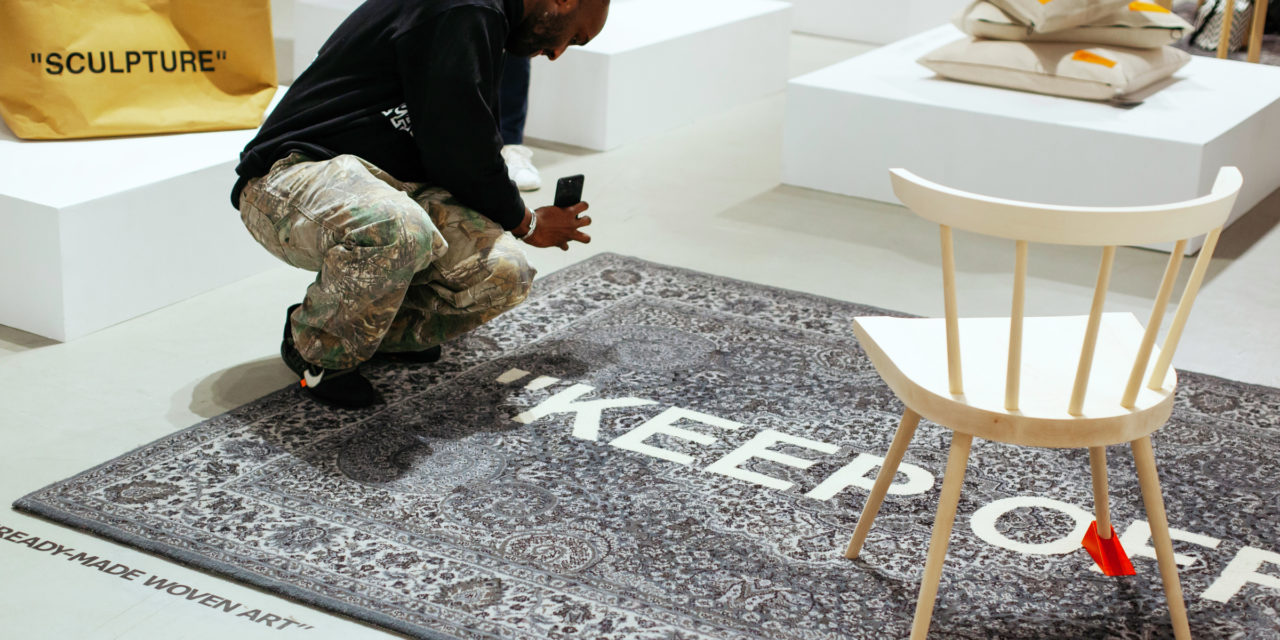 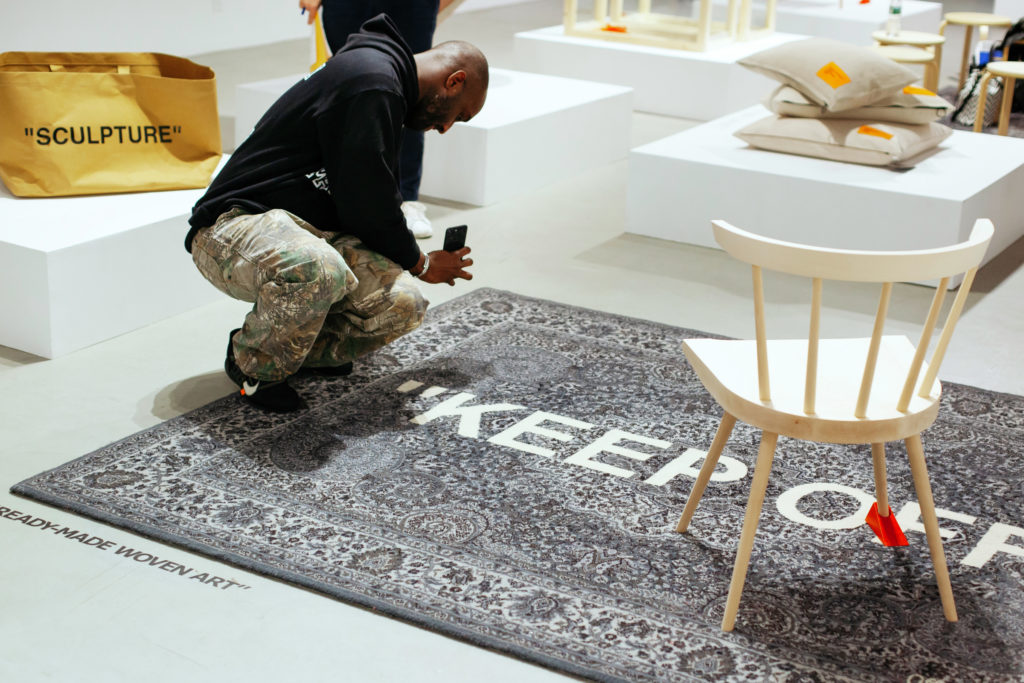 If there is one thing that Virgil Abloh knows how to build, it’s hype. The modern-day Renaissance man, fashion designer and artist has built his career off of his clout, gaining massive notoriety for his designs that tend to sell out in minutes and resell for impressively marked-up prices.

The High Museum of Art’s new exhibition “Figures of Speech” serves as a kind of sanctification of the 39-year-old Abloh at the peak of his career. On its second stop after debuting at the Museum of Contemporary Art Chicago, the exhibit offers a glimpse into Abloh’s creative process and features notable works from his career, though it raises questions about his artistic sincerity.

Raised in alternative skater culture, trained in architecture and well-known as a DJ, Abloh doesn’t break conventions so much as ignore them. As the title of the exhibition suggests, he remains in constant conversation with different mediums and subject matter, using everything from foam to paint to tackle topics as diverse as gun violence and the exclusivity of the art world.

This tendency for subversion helped Abloh break out in the early 2010s with his brand Pyrex Vision, where he screen printed Champion tees and resold them at massive markups in a now-characteristic transformation of the mundane into the highly coveted. The exhibit begins at this initial breakout point, continuing on to delve into Abloh’s work in fashion and streetwear, the music industry, architecture and design.

The exhibit showcases some of Abloh’s most hyped works: a larger-than-life model of Kanye West’s minimalist “Yeezus” album cover, a Supreme T-shirt and a platform displaying rows of Off-White x Nike collaboration sneakers. The exhibition highlights Abloh’s affinity for collaboration, showcasing projects with musicians like West, as well a recent collaboration with Swedish furniture powerhouse Ikea.

Throughout all of his works, there is a distinct sense of irony. In his work with Ikea, printed rugs boast tongue-and-cheek messages like “Keep Off” or “Wet Grass.” As artistic director of Louis Vuitton menswear, Abloh added a neon orange chain link to a classic duffel bag, a playful critique of luxury consumerism. Across the board, Abloh’s use of irony, his diverse array of inspirations and sources, and his attempts at subverting consumer culture show a burning desire to capture the attention of the cultural zeitgeist. But is he truly successful in his attempt to do so?

Much of Abloh’s work concerns belonging, and his critiques stem from his time in the highly exclusionary, overwhelmingly white worlds of architecture and high fashion. Works like the flashing yellow neon sign reading “You’re obviously in the wrong place,” a quote from the film “Pretty Woman,” comment on Abloh’s place as a black designer in a predominantly white field.

Immortalized forever in the lyrics of Kendrick Lamar’s “King’s Dead,” the dichotomy of “tourists” versus “purists” runs through much of Abloh’s work. Unlike Lamar in “King’s Dead,” Abloh doesn’t view purists as any more authentic than tourists. While the purist may bring an extensive knowledge of art and design history, the tourist brings something arguably more important: enthusiasm.

Abloh sees himself as both tourist and purist, but he may be something else entirely: a salesman. He’s certainly done his reading; his work is strewn with references to everything from the Old Masters to Bauhaus, from influencer culture to slavery.

However, something’s off. It’s difficult to praise Abloh as a critic of commercialization when the exhibit concludes with a gift shop selling socks for nearly $100 and T-shirts for over $300.

But, it’s just ironic. Abloh is subverting the consumerism-saturated modern art world by leaning into it.

One of the first major pieces of the exhibit, featuring some of Abloh’s most highly regarded works, is also the most frustrating. A blue wire rack filled with Abloh’s clothes, from Pyrex Vision to Off-White, is both beguiling and inscrutable. These clothes showcase a wide variety of Abloh’s styles through the years, but they’re arranged as if in a store. Is this the point? Is Abloh highlighting the commercialization of high fashion? Perhaps, but either way the clothes are still difficult to fully view. Some of the pieces, such as a suit that riffs on the rapidly changing concept of “business casual,” are fascinating. Unfortunately, the clothes are shoved in a glorified closet, instead of on more appropriate mannequins.

Despite these issues, the exhibit remains exciting, welcoming a new population into the High Museum. Visitors to the exhibit were diverse in age and race, hinting toward the fact that Abloh creates spaces for belonging in spheres that are typically exclusive.

“Figures of Speech” simultaneously welcomes and critiques, reflecting on some of Abloh’s best and most provocative works over the first part of his career. Despite Abloh’s current reverence, he still has room to grow as an artist. It’s now only a matter of time before Abloh forays into a different medium or finds something new to skewer with biting critique. We can only hope that he’ll one day turn his keen eye to his own commercialization.

“Figures of Speech” will be on display at the High Museum through March 8, 2020.