When lockdown due to the COVID-19 pandemic began in March 2020, professors and college students were not alone in experiencing massive shifts in their academic lives. Emory University’s Office of Admission and Class of 2025 applicants also faced unanticipated transitions in the college application journey.

“When the world changed is when we changed as well,” said Emory Dean of Admission John Latting. “Back in the spring, we had to quickly change the nature of our engagement with admitted students. It was immediate.”

Many Class of 2025 applicants spent over a year of high school with distance learning and applied to colleges amid remote school settings.

As they embark on their second semester at Emory, first-years looked back on their academic journey during the age of COVID-19.

For Ha-tien Nguyen (25C), remote learning was “one of the most isolating experiences.”

“I definitely felt myself become less motivated in my work than I had before,” Nguyen said. “Because of the limitations on resources for teachers in our public school system, they weren’t able to provide the whole academic experience.”

Maria Mendoza (25C), who is from Puerto Rico, similarly expressed that online school was “draining,” especially due to Puerto Rico’s weak electricity.

Others appreciated the flexibility that came with online learning.

“I take a little longer than usual during lectures to comprehend because I like to see everything through to understand [the material],” Natalie Luong (25C) said. “Online, my teachers were a lot slower … I got to see them write slowly, and I could catch up.”

Arohi Majmudar (26C), who was accepted last fall through Early Decision I (ED I), experienced both online and in-person learning during her last two and half years of high school.

“I felt like I was in a virtual simulation the entire time I was online,” Majmudar said. “Now I’m finally starting to get back in the groove of actually talking to teachers in person and finding opportunities.”

Increases in diversity during COVID-19

The Class of 2025 applicant pool, which was the first group to submit applications since the start of the pandemic, was the largest in the University’s history with 33,780 total applicants, representing a 20% increase from the previous cycle.

“The increase was pretty evenly distributed around the United States and internationally,” Latting said. “The tide everywhere just rose.”

Muhammad Sami (25C), who is from Pakistan, said he faced dilemmas about applying to schools in the United States.

“I was really concerned about things going back online [so] I was concerned about applying abroad in general,” Sami said. “My second consideration was applying to schools in Pakistan if I wasn’t able to fly to America.”

Latting partly attributed the larger and more diverse applicant pool to the University’s test optional policy, which was implemented in the 2020-2021 application cycle. He said the policy makes applying to the University more accessible to historically underrepresented applicants and international applicants.

Mendoza chose not to submit a test score to Emory, despite taking the necessary tests and submitting them to other institutions. After her high school canceled the scheduled standardized tests in spring 2020, Mendoza had to travel across Puerto Rico to take the exams.

“I had to drive all the way across the island to another school to take it in August because [my school] kept on canceling,” Mendoza said. “It was very stressful.”

Sami also explained that students in Pakistan “had difficulty finding seats for the SAT” because less schools administered the exam.

“A lot of students had to be on the waitlist,” Sami explained. “It was really uncertain, and going test optional was the one thing that really helped with admissions.”

In spite of the test optional policy, however, test scores remained considered in applications. According to Latting, about 70% of applicants who were admitted submitted a standardized test score.

Students like Nguyen said that the test-optional policy did not impact their decisions to include standardized test scores in their applications.

Changes to the application process

During the 2020-2021 application cycle, the admissions office also saw an increase in “pass/fail” grades on transcripts as well as more “gentle”  grading patterns in some high schools, Latting said. Due to this, Latting said the admission team had to “read between the lines” to interpret grades in a “school specific” manner.

Latting and his colleagues relied heavily on other academic records and achievements while evaluating applications that did not have test scores or included pass/fail transcripts. During the ED I and ED II application reviews of the 2021-2022 cycle, for example, the admission team saw a decrease in pass/fail grades in high school transcripts.

As part of the University’s application review process, admission staff recalculates applicants’ GPAs to exclude grades from their first year of high school. Although freshman year was one of just two years fully in person for most of the Class of 2025, the admission team kept this policy.

“We give first year students in high school some time to grow up a little bit and transition to secondary school,” Latting said.

The University held consistent expectations for applicants’ non-academic accomplishments such as extracurricular activities, Latting said, despite alterations to their formats.

“We’re always looking for students who care about the communities they’re in and I don’t think COVID has erased the ability of students to engage in some way in their communities,” Latting said.

While several summer programs that Mendoza applied to were canceled, she engaged with her community through volunteer work – something she said would not have happened without the pandemic.

For Luong, online activities also “opened more doors” for her, as she worked on both a research project with Stanford University (Calif.) and a graphic design internship.

Sami, however, reported that while he could work independently on film projects, many classmates had difficulties with the loss of in-person activities.

“That really affected a lot of college applications and admissions for my friends and classmates,” Sami said.

Majmudar had mixed experiences. While she found robotics and her role on the outreach team easier virtually, she noted that singing with a mask on for choir, attending online voice lessons and performing in Zoom concerts without peers was arduous.

“You’re in a certain vicinity on your own and usually in choir you’re around your peers and everyone is helping each other out,” Majmudar explained.

Students’ interactions with their teachers and counselors experienced a shift as well.

“We had to be prepared for both counselors and teachers not knowing students in a really personal way,” Latting said. “We certainly saw letters that were just connecting the dots because there wasn’t deep engagement with the student.”

Nguyen considered it “pure luck” that she built connections with teachers who she kept in touch with throughout high school.

Majmudar also said she “lucked out” with recommendation letters because she took classes with the same teacher twice. Despite remote settings, she built on an already-established relationship, which she said she couldn’t do “with a lot of the teachers I had for the first time.”

Since the pandemic, college applicants continue to be given opportunities to explain any experiences related to COVID-19 on both the Common App and Coalition App essays. Latting said that admision staff will take into account “evidence of severe disruption.”

Latting saw a variety of applications explaining different effects of the pandemic, such as hospitalization, lack of technology access and other “factors beyond students’ control.”

However, some applicants reflected on how the pandemic facilitated a new learning experience. Instead of writing about the common difficulties of remote learning, Sami reflected on the pandemic’s positive effects on his family.

“I wrote about how it helped our family to build a relationship and how we were able to really understand my mother, who is a housewife, and how much work she does in the house,” Sami said.

Latting said the University’s “virtual engagement with prospective and admitted students” all around the globe will continue to be taken seriously after the pandemic and that the admission team will continue their efforts towards fair evaluation.

“Just like always, all students we admitted, we felt like we had very strong evidence that they were going to be a great fit for Emory,” Latting said. “We’re still there.” 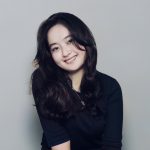 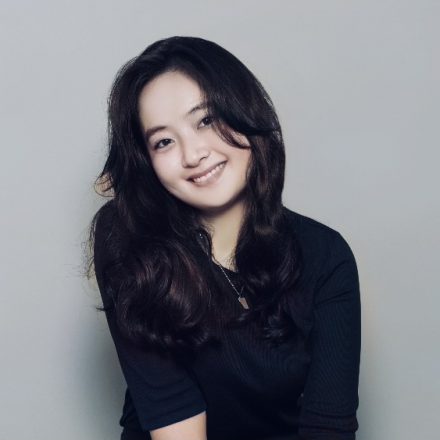