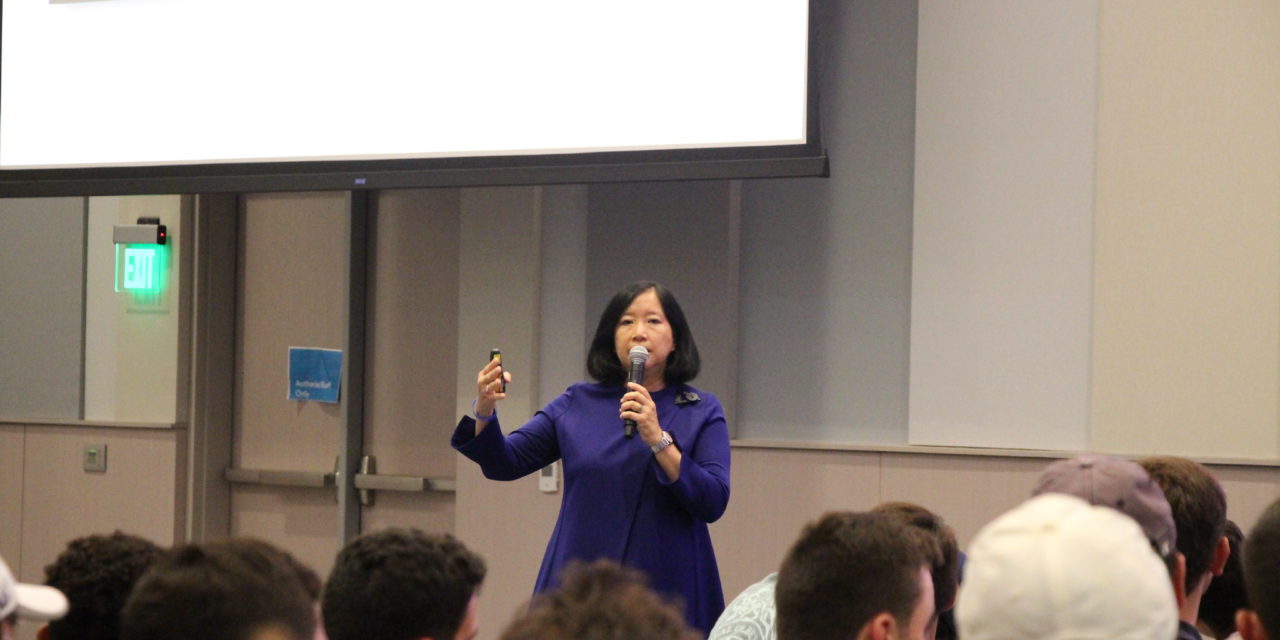 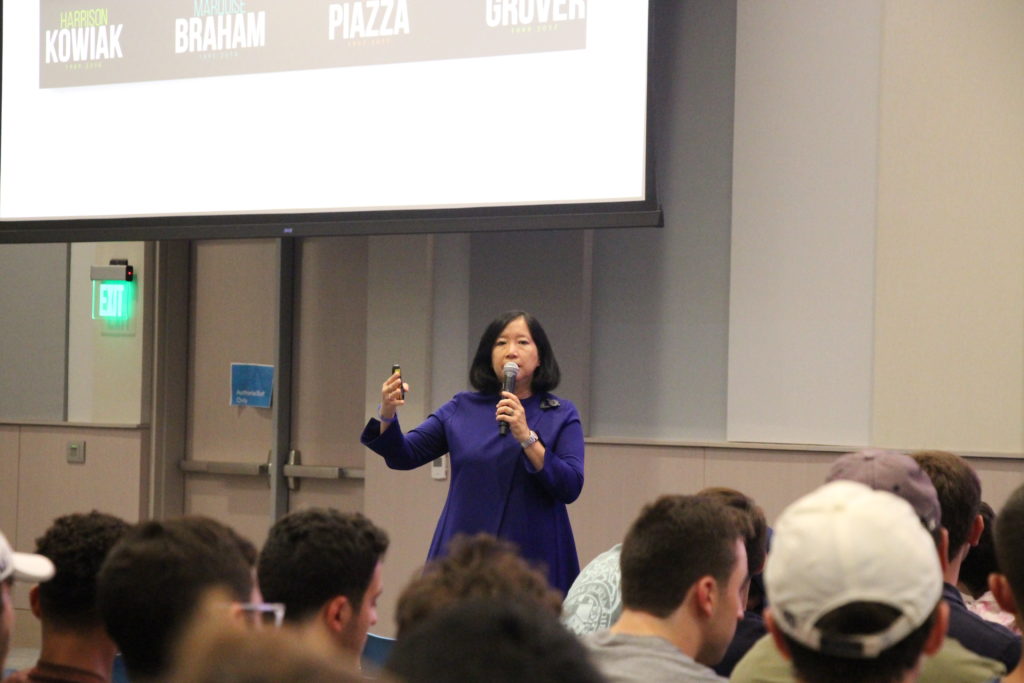 Hazing-prevention advocate Lianne Kowiak warned roughly 200 Greek life members about the dangers of hazing, telling the story of her son, Harrison Kowiak, who died during Lenoir-Rhyne University’s (N.C.) “Hell Week” while pledging as a sophomore. The Interfraternity Council (IFC) and Office of Sorority and Fraternity Life (OSFL) hosted the lecture as a part of National Hazing Prevention Week.

Harrison Kowiak, an avid golfer, died in November 2008 during a hazing ritual for pledges of the Theta Chi fraternity. He was tackled and beaten by his fraternity brothers in a field during the night, and head injuries eventually caused his death.

Lianne Kowiak said her son could have been saved if he had gotten the necessary medical attention in a timely manner. However, the brothers panicked after Harrison Kowiak became unresponsive, leading them to delay seeking medical attention.

“If there is one thing you take away from this presentation tonight, it is that I want you to call 911 right away,” Lianne Kowiak said. “Do not waste precious minutes because those precious minutes can save lives.”

Lianne Kowiak cited statistics from hazing research resource StopHazing, which reported that three in five college students are hazed and that at least one hazing death occurred yearly between 1970 and 2014.

Over 70 percent of varsity athletes and fraternity pledges suffer from hazing, according to Lianne Kowiak, who also noted that victims are often subjected to forced drinking, sleep deprivation, and other humiliating and violent behavior.

Lianne Kowiak urged the crowd of Greek life members to speak out if they witness hazing.

“I ask each and everyone of you to think about the activity — is the activity one that your mother would approve of?” she asked. “You need to be the change agent, and the fact that you are here tonight tells me that you are leaders and can make a difference.”

Lianne Kowiak’s family, along with several other families who have lost children to hazing-related incidents, started an organization called the Anti-Hazing Coalition, which aims to strengthen laws and regulations surrounding hazing at colleges and universities.

She also spoke about the scholarship fund she created in her son’s name. The Harrison Kowiak Scholarship sends several students each year to the Hazing Prevention Institute, a multi-day seminar where students learn strategies to combat hazing. The institute was most recently hosted by Drexel University (Pa.).

“[Lianne Kowiak] was really moving,” Michael said. “I think she has a very positive message that if we want Greek life to continue in this country, these are the changes we need to see.”

“I think that the story we just heard is really heartbreaking,” Perez said. ”It’s just horrifying to think that some people just don’t have that sort of regard for another person’s well-being. Events like this are completely necessary to help prevent, God forbid, any further deaths.”