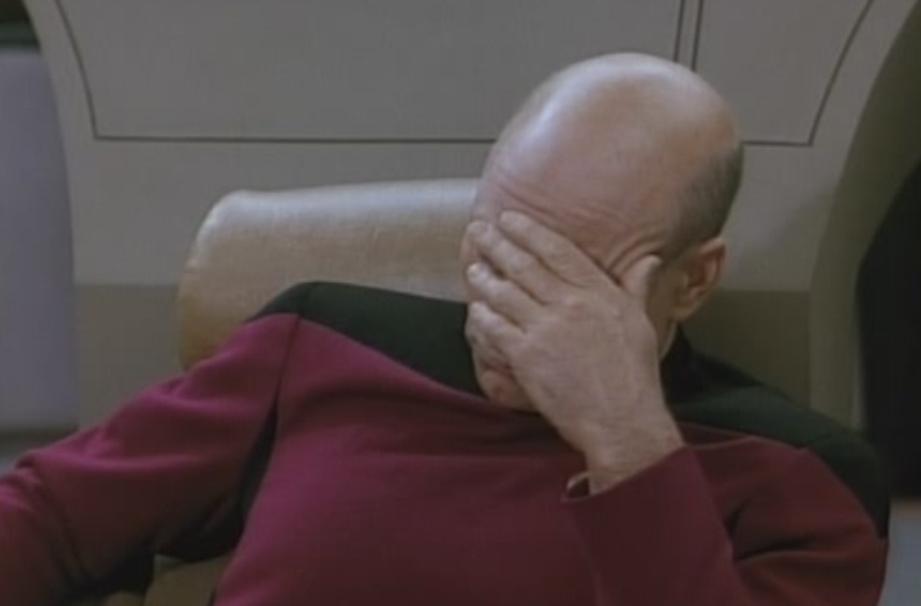 You know that thing you do when a professor asks you a question in class about a reading you never did? For those of you who don’t know, it’s called bullshitting. That’s a technical term. You put on a brave face and spew out any of your presumptions about the topic. And 99% of the time, what you come up with is pretty terrible. When it’s over, you recognize that what you’ve said is embarrassing, and you vow to do the reading next time so you don’t look like an idiot in front of the class again.

So, general consensus? Bullshitting is bad. But if bullshitting is so frowned upon in the classroom, why is it so popular on the Internet?

I’m specifically talking about people who comment on links and articles without actually reading them. You know the type. These people have usually made up their mind​s about some issue in advance, and their preconceived notions about the topic partnered with their refusal to consider the article you’ve posted are a truly dangerous pair.

I understand that this sometimes happens by accident in class. You had too much other work to do or another exam to study for. And when you’re on the spot, you freeze. It’s happened to the best of us. Even in day-to-day conversation we do this. A recent Op-Ed in the New York Times examined how we tend to offer opinions on books, movies, current events (the list goes on) that we don’t know much about just to give off a notion that we are “culturally literate.” But even this phenomenon is excusable in everyday conversation; it’s impossible to know every last detail about every piece of data at the drop of a hat, especially when the only search engine available at the time is your own memory.

Bullshitting your Facebook comments is unacceptable for a variety of reasons. First of all, the article or the video or the graphic is literally right there. You’d have to extend your mouse approximately two centimeters and exert one click to access the information, plus or minus some scrolling.

But your internet rule of thumb should really be this: always read the article before you comment. Why? Because taking the time to try and understand both sides of an issue is part of what we call “being respectful towards others’ opinions” and, hey, you might even learn something.

I will admit that, sometimes, it’s really hard to read the article before commenting. When I read the headline “Todd Akin On Abortion: ‘Legitimate Rape’ Victims Have ‘Ways To Try To Shut That Whole Thing Down,'” I really didn’t think it was necessary to read the whole article to write an effective comment. But I read the article with teeth clenched and fists balled, and after reading the article in its entirety, I was able to make a more educated comment because I actually understood the (horrible, terrible) context. Sometimes there are unchecked facts and misused “theirs” and misogynistic Congressmen. But you have to keep an open mind (and you have to keep reading the article) so you don’t end up looking foolish when you comment on something you don’t fully understand.

Don’t get me wrong; I’m not trying to dissuade people from commenting on a link they disagree with. And I’m not trying to say that disagreeing with someone’s views means that you must not understand the issue. Social media is such a great information-sharing tool because it can open up much-needed dialogue between people who disagree (or people who had no idea an issue even existed). And a lot of the time, social media does open up these kinds of discussions.

But sometimes, the conversation devolves. And the devolution usually has an epicenter: people who have already made up their mind about the issue and refuse to take any new information into consideration. (Or trolls. But, big picture: couldn’t we classify these people as trolls anyways?)

So, people who comment argumentatively on Facebook links and shared articles without actually reading them, I implore you to STOP. Cease all uninformed commenting. Take time to understand an issue before you start typing. It’s beneficial to the both of us. You’ll stop looking ignorant online, and I’ll stop having stress headaches.

If you read the article and still don’t understand the issue, you have options. Google it (or Bing it if you’re indie). If the issue still puzzles you, leave a respectful question. Consider messaging the poster personally.

If you haven’t read the article and don’t understand the issue, you also have options: READ THE ARTICLE.

Or, and I know this is pretty radical, you could simply not comment on something you didn’t take the time to read.