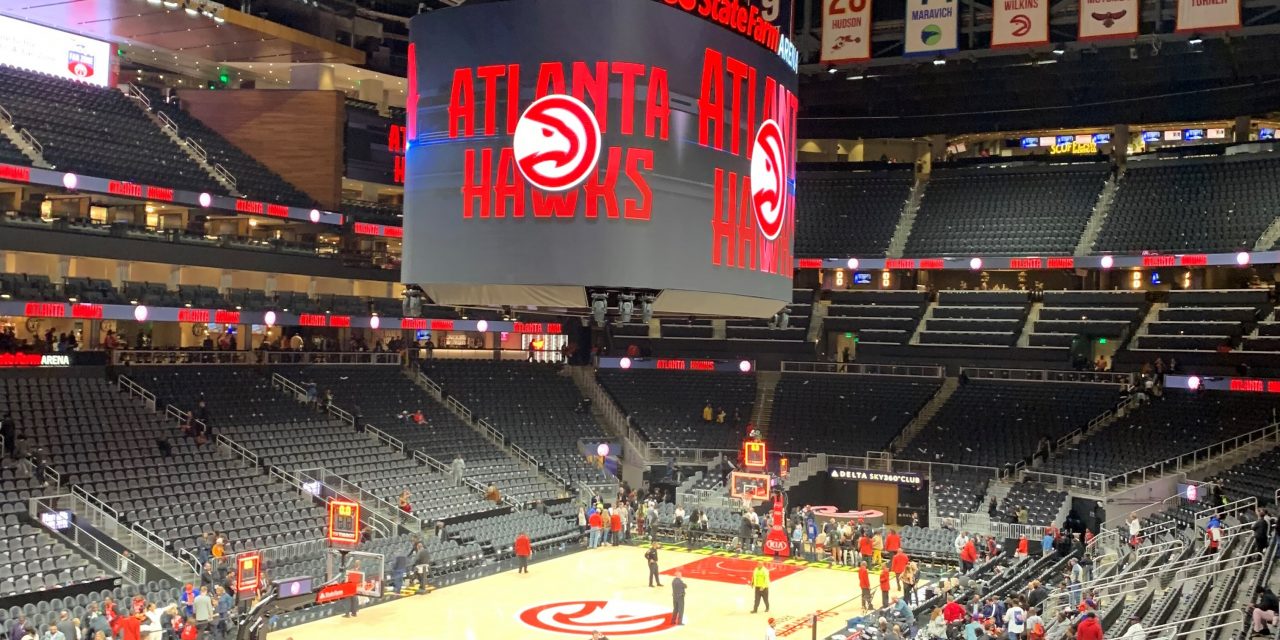 Heading into Game 4 of the Eastern Conference Finals, the Atlanta Hawks trailed the Milwaukee Bucks 2-1. The main question before tipoff was if the Hawks’ star guard Trae Young would return to the court after suffering an ankle injury during the third quarter of Game 3. The lineup was only announced around an hour before the game started, and much to the fans’ discontent, Young was not included. But even without their star player, the Hawks came out on top, beating the Bucks 110-88.

While Young was not in the starting lineup, he was replaced by three-time NBA Sixth Man of the Year and Atlanta native Lou Williams. Williams averaged 11.3 points per game this season but only became a Hawk after a trade in March sent former Atlanta guard Rajon Rondo to the Los Angeles Clippers and Williams to the Hawks.

“Those guys can’t be the person they are replacing,” McMillan said. “They have to be themselves and do their job as they would any other time.”

And indeed, Williams did his job. With 21 points, Williams was the highest scoring Hawk of the night. Instead of trying to replace Young’s presence on the court, Williams used his explosiveness and ability to create shots on the floor to help the Hawks set the pace of the ball game.

Home-court advantage definitely came into play for the Hawks in the roaring State Farm Arena. Fans were constantly on their feet and chanted the seconds up to 10 when Bucks star forward Giannis Antetokounmpo would step to the free throw line. Over the course of the playoffs, players and fans have become frustrated with Antetokounmpo’s extensively long free-throw routine. The rule gives players only 10 seconds to shoot their free throw, and many believe Antetokounmpo is taking longer. Despite his overpowering stature and notorious nickname the “Greek Freak,” Antetokounmpo is only shooting around 55% from the free throw line this postseason.

However, when the 6’11’’ two-time league MVP gets fouled, he goes down hard. During the third quarter, Antetokounmpo and Hawks center Clint Capela both went up to the rim for a rebound, which resulted in Antetokounmpo hyperextending his right knee. Antetokounmpo was taken back to the locker room, and he did not play the rest of the game.

When Antetokounmpo left the court, the Hawks had a sizable lead of 62-52. The Hawks relied on impressive contributions the rest of the way from forwards Bogdan Bogdanović who ended the game with 20 points, and Cam Reddish who came off the bench and added 12 points. The Hawks cruised through the end of the game and never gave up the lead. Atlanta sealed the win with an unbelievable behind the basket shot from Capela in the fourth quarter to extend the lead to 20 with about seven minutes to go.

The Hawks win tied the series at two games a piece before heading back to Milwaukee for Game 5 on July 1. With Antetokounmpo ruled out, the Bucks will have to rely on Khris Middleton who shined in Game 3 and Williams have to be up for the challenge again if Young is unable to play.

McMillan is hopeful, but not overly optimistic, that Young can return for Game 5.

“The report said tonight he was out; he did not feel comfortable enough to put pressure on his foot tonight” said McMillan. “I will get a report tomorrow and it’ll be a game time decision.”

The Hawks are seeing their injury list grow in size heading into Game 5, with Young listed as questionable, Bogdanović listed as probable due to right knee soreness and Capela as questionable after a collision in Game 4 with Bucks guard Sam Merrill resulting in right eye inflammation.

Game 4 proved that even without Young, the Hawks’ spirit behind their “Believe” t-shirts still remains. But even with Antetokounmpo’s injury, this does not rule the Bucks out the rest of the series.

“They are still a good team,” McMillan said. “They still have really solid players like Jrue [Holiday], [Khris] Middleton and [Brook] Lopez. There was no way we were going to relax. We knew we had to put together a 48-minute game, and I thought our guys did a really good job of just keeping the pressure on defensively.”

The performance the Hawks put on for their fans was much different than their typical Young-centered game, and many look to the guidance and grace of veteran Williams to thank for the Game 4 victory.

“We gotta be pros, and I know it’s cliche but when a guy goes down another one’s gotta step up”, Williams said. “Coach told me that I was gonna start in his place about an hour before the game, and for me it’s just time to lock in and get ready to play more minutes than usual.” 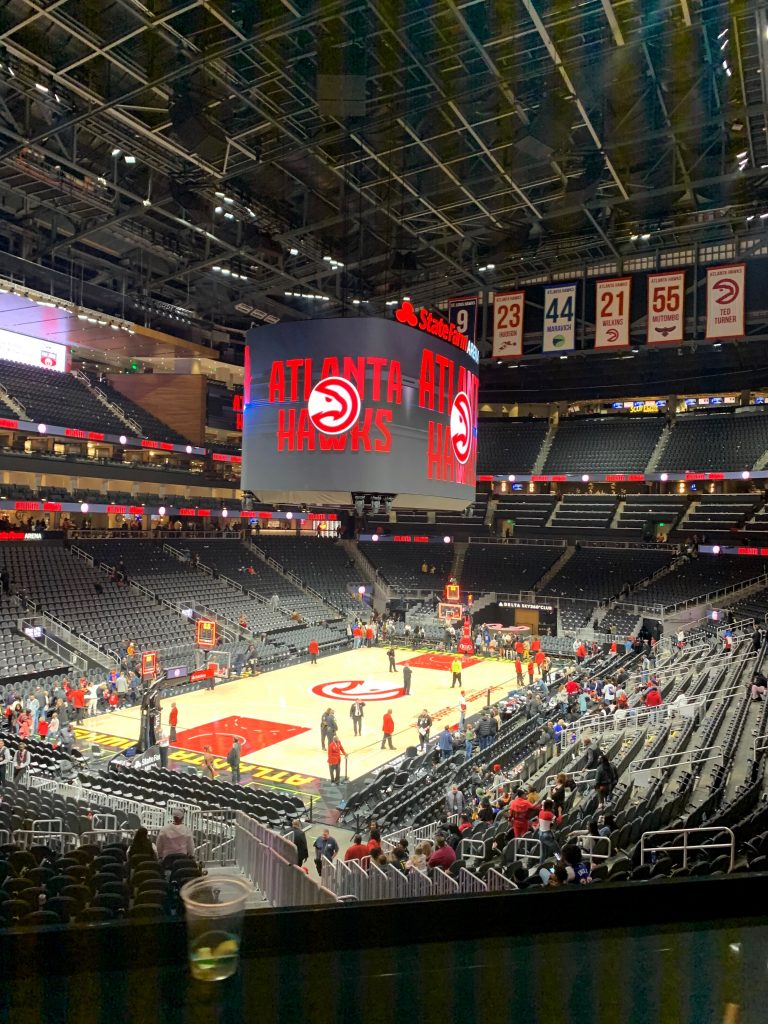 State Farm Arena, the home of the Atlanta Hawks. The Hawks beat the Bucks in Game 4 of the Eastern Conference Finals even without star Trae Young. (Michael Mariam/Sports Editor)