The U.S. was founded on the forced labor of enslaved Africans and Indigenous people. Today, this legacy of oppression endures in our health care system, and COVID-19 has only underscored the racism inherent therein.

COVID-19’s ruinous consequences — mass unemployment, a strained health care system, the deaths of nearly 210,000 Americans — are by now well-established. Our discourse, however, has failed to adequately highlight the degree to which that harm has fallen on Black and Indigenous communities. They, more than any other group, have borne the brunt of the pandemic. In light of that suffering, the federal government, through existing state infrastructure, must fund a drastic expansion of Medicaid to Native and African Americans in order to mitigate the institutionalized health care inequities from which they suffer.

Native Americans have been hospitalized for COVID-19 at a rate five times higher than that of white Americans; they are also more likely to develop severe long-term complications from COVID-19. The Centers for Disease Control and Prevention (CDC) attributes these discrepancies to social determinants, such as education level and income, that disadvantage communities of color most severely.

The COVID-19 pandemic is not the first to decimate Native American communities. When white European colonists arrived in North America, they brought with them virulent diseases, measles and smallpox among them, that killed large swaths of vulnerable Indigenous populations. By the 1800s, approximately 70% of the Native population had died from these diseases. In the centuries following that tragedy, the U.S. government continued to unjustly target Native American tribes, forcing them into ever-smaller reservations and attempting to forcefully assimilate them into mainstream society. As a result, descendants of the survivors are saddled with the burden of generational trauma, and the health care disparities that wrack their communities today stem directly from those historical injustices.

Those disparities are also directly evident in U.S. law. Among the many issues that Indigenous people face in receiving proper health care, inadequate funding is the most egregious; per capita spending on the Indian Health Service was only $3,107 in 2014. For the average American, it’s $8,097.

Today, African Americans are more likely to be uninsured and suffer from chronic health conditions, which have resulted in a middle-age mortality rate that is among the highest in the nation. All increase the risk of severe illness from COVID-19. These preexisting health conditions, coupled with the poverty and social stratification that predisposed African Americans to work in essential jobs during the pandemic, have exacted a heavy toll on the community. As former Vice President Joe Biden noted during last week’s presidential debate, one in 1,020 African Americans have died from the virus — the highest mortality rate in the nation, one that’s twice as high as that for white Americans.

One way to assist the Indigenous and African American communities would be to expand their access to Medicaid, a program that provides health care coverage to low-income and marginalized groups. More Native Americans would receive quality, low-cost medical care, and relative poverty would fall among minority communities. Moreover, states that have already approved Medicaid expansions have weathered the storm against COVID-19 and the recession better — often to the benefit of African Americans and Indigenous people. Though it may not eliminate systemic racial inequality, expanding Medicaid would nevertheless alleviate the disproportionate burden that these communities bear.

As a nation, we have a duty to look after our fellow Americans no matter where they live or who they are, but we have thus far failed to assist the communities who need our help the most. This country has abused, beaten down and neglected African Americans and Native Americans for centuries, and while expanding their Medicaid coverage would only scrape the surface of justice, it is an absolute necessity.

We must not let these underserved communities down. It’s up to us to push our politicians to make sure these individuals get the health care equity they deserve and become allies in rectifying their injustices. We must remember America’s forgotten communities and ensure their voices are finally heard. 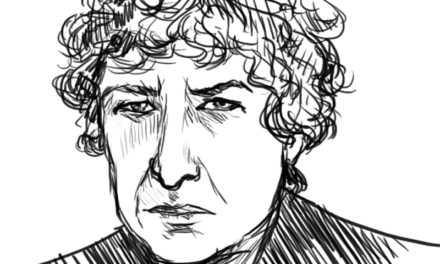 If the Republicans Win, Predictions for Team Romney 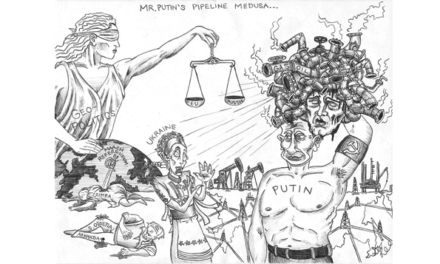 The Unity of Election Day