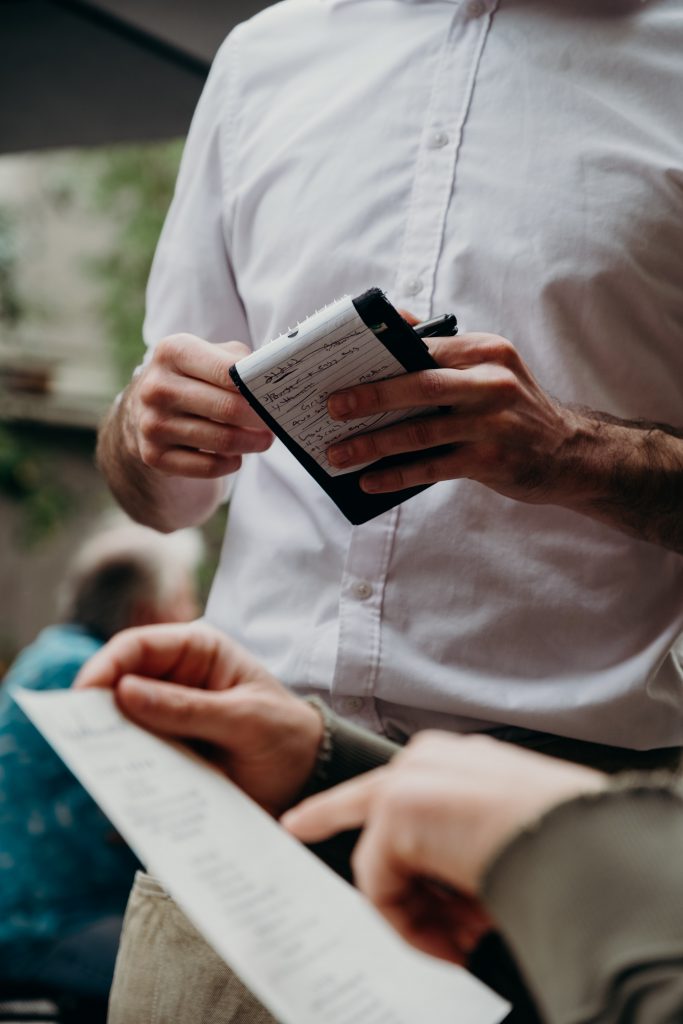 The experience of genuine hospitality is a gift. To me, it is a formidable force. It’s more than the attention to detail and the welcoming smiles of the servers, or the quality of the food and the ambience of the restaurant. Done right, hospitality transcends social boundaries. But today, hospitality has been stained by the toxicity of U.S. tipping culture, mutating into an exploitation of tipped employees in an industry that cedes power to its customers and is aptly dubbed “the house of yes.”

Originating in Europe, the U.S. adopted tipping as an aristocratic practice symbolic of sophistication. As the practice became popularized in the aftermath of the Civil War, it spread through the U.S. as a way to avoid paying formerly enslaved workers. Though many states hoped to abolish tipping in the 1900s, restaurants fought back. After all, paying higher wages also meant raising menu prices, making it harder for smaller owners to sustain their business. In 1966, tipped workers earned a base wage 50% less than the minimum wage, which still remains frozen at $2.13 an hour. Though employers are mandated by the Fair Labor Standards Act (FLSA) to pay the difference if tips do not earn workers to the full minimum wage, this portion of the Act is rarely, if ever, enforced. The Department of Labor’s annual compliance sweep found that between 2010 and 2012, 84% of restaurants violated the Act. Today, the remainder of a tipped employee’s salary is expected to be compensated by customers, establishing a level of inferiority between laborers and customers, wherein servers are reliant on the customer’s tips to support themselves.

We see tips as a reward for welcoming service, but underneath our perception of a friendly gesture is an expectation of hospitality where the customer wields power. Restaurant servers force themselves to ignore sexual comments and deflect behavior that makes them uncomfortable or angry because they need the tips to offset their rent and buy groceries. These waitresses and waiters, balance their dignity with their livelihood at work, constantly wondering if the customer’s lewd requests are worth it. The countless stories in this New York Times article alone — from a man patting his lap and asking a waitress to sit because he’s a “great tipper” to a group of men offering a $30 tip if a waitress answered a question about her pubic hair — are the heartbreaking consequences of fueling “yes” culture in the U.S. hospitality industry. Being unable to refuse unwanted attention forces servers to bend at the knees of those who take advantage of this power dynamic. “A significant portion of my income is how men feel about me that day,” said Ashley Lewis, a waitress from Big Lake, Minn.

The mantra that “the customer is always right” ultimately destroys personal boundaries. It necessitates a greater discussion not just of what hospitality really means, but why we have allowed this mentality to pervade our society and why we continue to feed it with our naïve acceptance of these circumstances. Patrons are thereby allowed to demand whatever they want and waiters and waitresses are pressured to answer their relentless questions or fulfill their potentially egregious demands.

But the problem is not so easy to solve. Tipping is ingrained in the U.S. economy and it will be nearly impossible to convince businesses to leave the practice. According to Michael Lynn, professor of consumer behavior at Cornell University (N.Y.), consumers evaluate a restaurant’s expensiveness by its menu prices. Thus, restaurants are incentivized to not alter the tipped minimum wage, as doing so enables them to charge less and attract more customers. As a result, servers also earn more tips. Lynn analyzed this economic chain reaction spurred by tipping by studying Joe’s Crab Shack, a chain restaurant that tried to go tip free, raising their menu prices to match the pay difference for their servers. The restaurant eventually returned to tipping, because despite paying the same amount of money, consumers perceived the chain to be more expensive and the Shack lost business. Unfortunately, eradicating tipping has its own ramifications. If states begin to require restaurants to pay the full minimum wage, while servers may become less dependent on tips and more comfortable to draw the lines against harassment, customers may begin to tip less, raising labor costs that force restaurants to close. Restaurants, especially smaller ones, simply do not have the capacity to pay their workers as much as they earn in tips.

Hospitality is controlled by the economic benefit of tipping and complicated by a restaurant’s dependency on consumer reviews. Apps like Yelp amplify the customer’s share of power; a low rating and menacing comments could tank a restaurant’s reputation and leave its workers unemployed. Restaurants that eliminated tipping ended up with lower ratings and negative reviews, but recovered quickly after resuming the practice. As a business, owners must be able to compete with other restaurants who allow tipping and would have no incentive to stop.

We cannot continue to condone the unsafe and unjust system that restaurant laborers are so accustomed to that they no longer care about speaking up. Protecting restaurant workers is long overdue. No one can live on $2.13 an hour and everyone should have the right to say no without jeopardizing their job. More restaurants should consider adopting a color-code system, like Oakland, California restaurant Homeroom, to monitor customer behavior. Servers can report customer conduct to their managers on three different levels: yellow for a customer with creepy vibes, orange for inappropriate comments and red for overtly sexual comments. The colors correspond with actions as well: yellow means a manager can take over, orange means a shift manager will take the table and red means immediate expulsion. Though this won’t relinquish the power of customers, a color-code system would raise awareness of assault in restaurants and help prevent harassment. More importantly, however, we need to pass a federal law to prevent restaurants from underpaying their employees. Doing so would level the playing field between businesses and no longer disincentive them from reverting back to tipping.

Hospitality does not exist at the customer’s expense, nor should it be a tradeoff of “yes” and “no.” It’s time to remodel the hospitality industry and put workers and their efforts to maintain hospitable service at the forefront of the solution.