I am a Muslim American. Throughout my life, people have said that my faith makes them uncomfortable, told me to go back to my country and openly called me a terrorist. Growing up in Fairfax, Virginia, which is 70% white and predominantly Christian, I’ve become accustomed to being a minority in all spaces, with respect to both my religious and racial identities. I was only one of a handful of Muslim students in my high school graduating class, and the discrimination and alienation I faced forced me to constantly hide my identity from others. As I slowly abandoned my religious community, the Islamophobia I experienced and witnessed made me lose sight of what makes being a Muslim in the U.S. so special.

Islamophobia can best be described as a fear of Muslims and Islam or discrimination against those who practice Islam. To eradicate Islamophobia in the U.S., both non-Muslims and Muslims alike must do more than just acknowledge the discrimination that Muslims face: we must examine our own biases, evaluate Western media from a critical lens and educate ourselves about Islam and the values that comprise the religion.

In a 2020 Institute for Social Policy and Understanding study, 60% of surveyed Muslim Americans experienced religious discrimination and 40% faced discrimination in institutionalized settings such as airports, healthcare facilities and job interviews. This clear intolerance extends past adults: 51% of Muslim American adults reported that their child was bullied for their faith in the past year. When examining Islamophobia, I would be remiss if I didn’t mention the horrific violence that often accompanies these discriminatory remarks.

In 2019, the FBI reported 7,314 hate crimes, marking the third year that over 7,100 of these crimes have been reported in the U.S. More specifically, a Pew Research Center study reported 127 assaults targeted against Muslims in the U.S. in 2016, surpassing the record-number 93 assaults seen after the 9/11 attacks in 2001. These attacks often occur in our own neighborhoods and threaten the livelihoods of Muslims daily.

In 2015, Craig Stephen Hicks shot Deah Barakat, Yusor Abu-Salha and Razan Abu-Salha, three Muslim college students, in Chapel Hill, N.C. over a parking dispute right outside their home. The families of these victims noted that this was not the neighbor’s first time threatening the students, adding they believed the killing was indeed a hate crime solely committed by Hicks on the basis of the students’ faith.

Western media is a key source of anti-Islamic sentiment in the U.S. In the case of Hicks, journalists still debate whether his shooting constitutes a hate crime. When the perpetrator of an attack is Muslim, researchers from the Washington Post found that there is a 488% greater chance that the crime will be deemed terrorism. In a broader sense, major U.S. news outlets are also quick to misattribute violence to Arab countries without giving proper context, falsely deeming violence and civil unrest in these regions as terrorism.

Additionally, attacks committed by Muslim perpetrators receive 357% more media coverage than those committed by non-Muslims or individuals with unknown religious backgrounds. By blatantly associating Islam with terrorism, Western media promotes Islamophobia and further perpetuates these harmful views toward Muslims in the U.S. In the fight for social justice and anti-racism, we must be critical of the Islamophobic biases deeply ingrained in major news outlets.

The Muslim community at Emory is no stranger to Islamophobic incidences. Rehnuma Islam (21C) recounted one of her medical scribe shifts, during which a patient at Emory North Decatur Hospital glared at her and pointed at her hijab, stating, “‘Oh she’s a terrorist.’”

When the doctor Islam was working with said she could step out of the room if she was uncomfortable, Islam mentioned that she wanted to “forgive the patient because I might be the first hijabi they’ve ever seen.” Islam did not leave the room; instead, she wanted to show the patient that she was not violent — that her hijab could be attributed to her “kindness … so people can see Muslims differently.”

In regard to the specific actions that Muslims and non-Muslims alike can take to eliminate Islamophobia in their communities, Islam encouraged students to “make an effort to diversify your friend group and immerse yourself in different settings to become more open-minded … to combat Islamophobia and break down predispositions that the media builds.”

When addressing Islamophobia in the U.S., we must look toward the sources of these behaviors. Americans today continue to marginalize and belittle Muslim individuals on account of the extremist behaviors that Muslim terrorist organizations commit instead of recognizing that these events do not represent Muslims in the U.S. nor Islam as a whole.

Together, we can eliminate Islamophobia, but it starts with making an effort to understand Muslims and what we stand for. Take the time to talk to a Muslim peer, listen to TED talks by Muslim speakers and read memoirs from Muslim Americans. Learn about the core values of Islam and how the religion does not condone violence. Understand your role in rampant Islamophobia and actively strive to counter it in your daily life.

The Qur’an states in 2:190, “Fight in the cause of Allah only against those who wage war against you, but do not exceed the limits. Allah does not like transgressors.”

It is undeniable that militant groups such as ISIS and Al-Qaeda misconstrue these words of the Qur’an for their own personal benefit. However, we must remember that those acts of terror are not, and never have been, substantiated in Islamic texts. Unjustifiable violence is not the answer. We are not extremists; we are not terrorists. To suggest otherwise would be nothing short of bigotry. 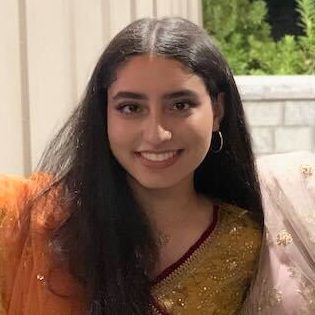