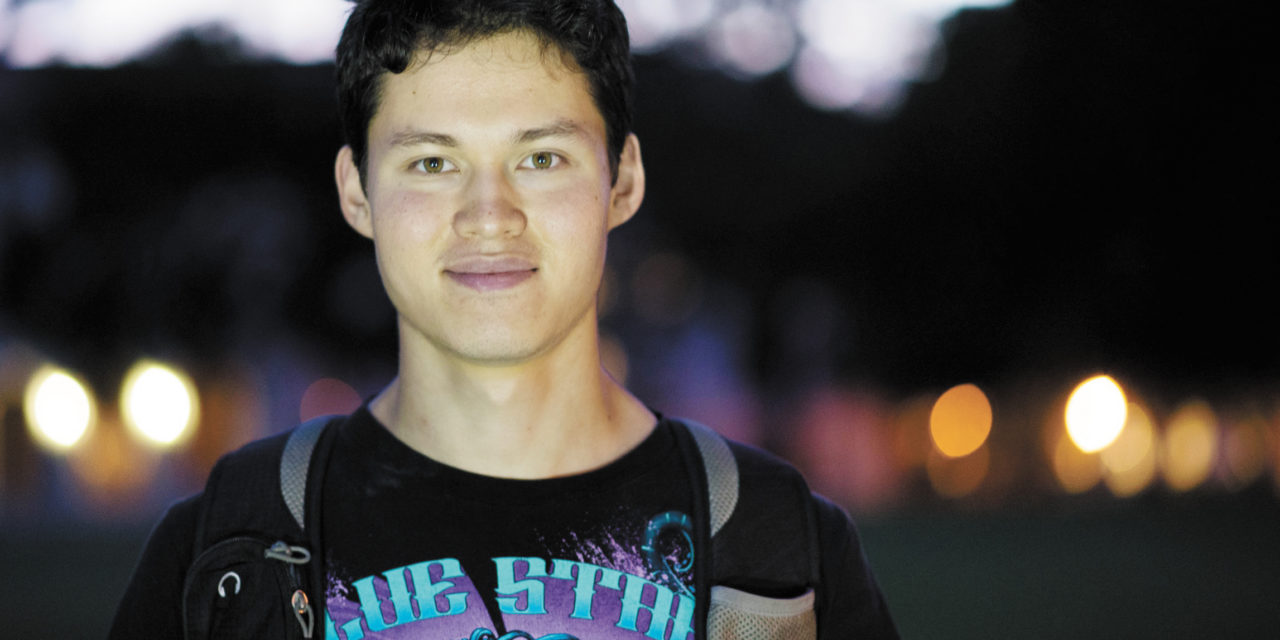 When College senior Ethan Alwaise received an email from Assistant Professor of Mathematics and Computer Science David Zureick-Brown that read, “Dude, you rock,” he didn’t realize that he was being congratulated for winning the prestigious Barry M. Goldwater Scholarship.

“I was pretty amazed,” Alwaise said. “It feels really good to have won.

A mathematics major, Alwaise is one of 252 recipients from a pool of 1,150 applicants for the 2016-2017 year, according to the Goldwater Foundation website. It’s the second time in two years that an Emory College math major has won the national scholarship, which is granted to sophomores and juniors who plan to pursue research careers in the natural sciences, mathematics or engineering. College senior Noam Kantor received the honor in 2015 as a junior.

The Goldwater Foundation awards up to $7,500 for the remainder of a student’s undergraduate career for tuition, fees, books and room and board.

For the Emory selection process, faculty representatives from STEM departments and programs select three students to be nominated for the national selections process, according to Megan Friddle, director of the National Scholarships & Fellowships Program and Goldwater representative for Emory. The selection committee receives anywhere from three to 12 applicants for consideration, Friddle said. Since its inaugural competition in 1989, about 10 Emory students have received the award each decade, she said.

“All three stood out to the [Emory] faculty committee as extraordinarily accomplished students, each with a commitment to a career in STEM research and a great deal of research experience at Emory and other institutions,” Friddle said.

Zureick-Brown wrote recommendations for both Alwaise and Kantor, noting “how far ahead of the game they both were.” The professor said that the two students had both stood out to him because of their success taking senior-level mathematics courses as underclassmen.

Alwaise said that he had found his passion for math in high school, but became interested in number theory after becoming a student at Emory.

“One of the things that I think is cool about number theory is that there [are] lots of questions that are easy to explain and understand but to actually solve them can be really difficult,” Alwaise said.

Alwaise, who said he comes to Zureick-Brown for advice on extra readings, credits the professor as “one of the main people that convinced [him] to do math as a career.”

Alwaise expressed his appreciation for the professor’s mentorship, stating, “I can’t imagine where I’d be without his help.”

For Zureick-Brown, Alwaise’s dedication made him stand out in class.

“He’s the type of student who, if I’m in the department late, I’ll often see him in an empty classroom working on math, which isn’t true of too many students,” Zureick-Brown said.

“Ethan is a dream student,” Ono said. “He wants to know much more than I ever covered in class.”

After he graduating, Alwaise plans to pursue a doctoral degree in mathematics with a focus on number theory.