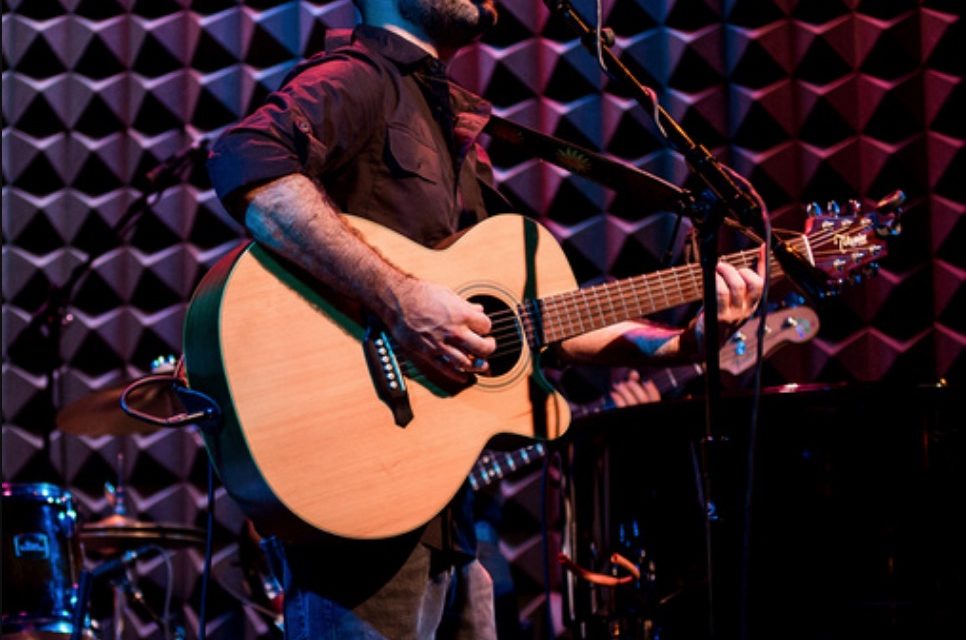 Rock and roll music reverberated throughout the popular college bar Maggie’s Neighborhood Bar & Grill when Craig Greenberg (98C) and his friend took the stage in 1996. Back then,a throng of college student cheered excitedly for his music. Today, after travelling  the streets of Chile, Spain, Mexico and Italy with his guitar, he now continues his music career in New York.

Greenberg continues to sing and write songs in his home state of New York under his publishing company “Seeing Green Music” — the only one of his college friends to pursue a musical career. 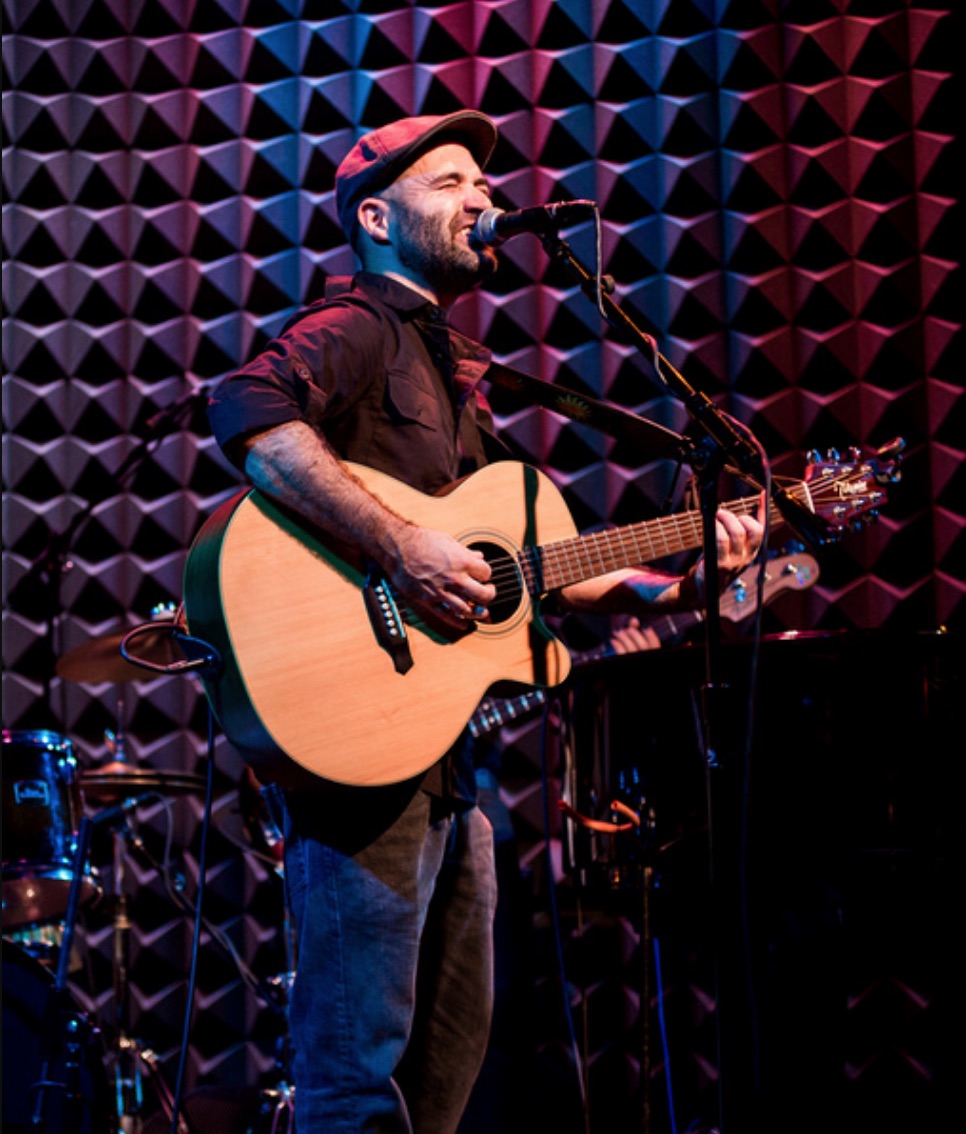 Greenberg’s interest in music and performance began in elementary school when he learned to play the violin, acted in school and camp plays, and took drumming lessons at a Jewish summer camp. Although well-versed in the arts, Greenberg said he didn’t start playing the guitar and writing his own music until he was 15 years old.

“Right at the beginning when I started playing guitar, I was always writing and creating,” Greenberg said. “I used to do this thing where I would tap on the guitar, and I was always being creative with sound. I started writing stuff pretty quickly.”

Greenberg taught himself piano and grew up listening to mostly classical music with his dad and hearing live music in Broadway shows, which he said inspired much of his music today.

“The way [classical music] is laid out just clicks more,” Greenberg said. “When you’re playing piano, your left  hand is playing bass and your right hand is playing melody and chords. It’s like you have a full band at your fingertips. It made me use more of the palate musically.”

“When I auditioned, I wasn’t really a good jazz player, but I [auditioned with] something that I wrote that was really complex, and the teacher was like, ‘If you can play this, you can play jazz,’” Greenberg said.

Greenberg’s friend and classmate Jared Slomoff (97C) said that they would gather a group of friends every night and go out to watch live music at different venues around Atlanta, such as the Chameleon Club and Dark Horse Tavern.

“Atlanta was accessible [to music] but really growing, and there was so much to offer if you wanted to peek under some rocks,” Slomoff said.

Inspired by the performances they watched, Greenberg and Slomoff began playing jazz improvisation at house parties and bars on the weekends starting Greenberg’s sophomore year. This time allowed them some of the best opportunities to perform and experiment freely, they said.

“We would do long, extended improv jazz,” Greenberg said. “I was writing instrumental open-ended stuff, so we could go on these long jams. It was a really good time, and we got paid in beer.”

Although Greenberg played locally around Atlanta for a year, it was not until his study abroad trip to Italy during his junior year that he began earning money for his music.

Greenberg enrolled in the Lorenzo de’ Medici program in Florence, where he studied international business, art history, mass communication and Italian. While on the trip, he and friend played guitar in the street, an experience that he said would later inspire him to play music around the world.

“I would close my eyes and start jamming and open them, and there would be a group of people surrounding us, throwing money at us,” Greenberg said. “It was a really profound moment because I wasn’t even thinking but just playing.”

After graduating with a degree in psychology and a minor in economics, Greenberg worked in film and TV production and internet marketing. Three years later, he set off to travel the world playing music, first heading to Chile in 2001 where he knew a friend.

While living and teaching English to children and adults at a school in Chile, Greenberg fully embarked on his career as a musician, playing covers from bands like “The Beatles,” “The Rolling Stones,” and ”Radiohead” six nights per week at Chilean bars in the towns Concepción and Viña del Mar.

“That time there really changed my whole path with music,” Greenberg said. “All my musical heroes started at bars. You gotta step out and do your own stuff, or you’ll always be known as a cover artist.”

After spending a year and a half in Chile, Greenberg returned home to New York for three months to see his family. In 2004, he decided to continue writing and playing music back in Europe, where it all started for him.

First heading to Barcelona, Greenberg often played on the streets with friends to make money for everyday living expenses. He left the country with 40 minutes of original music.

In Spain, Greenberg also met singer-songwriter and current bandmate Jerry Joseph, who is known for his Americana rock record “Full Metal Burqa.” At the end of one of Joseph’s shows, Greenberg approached Joseph and asked to play with him. The two have played and traveled together to Costa Rica, Mexico and all over the United States ever since.

Joseph recognized Greenberg as an outstanding guitarist, electric keyboard player and singer who doesn’t shy away from opportunity.

“[Greenberg] is not a guy who’s afraid to ask,” Joseph said. “[In Barcelona] he was like, ‘Hey, can I sit in with you?’ or ‘Hey, can I come to Costa Rica with you?’ He has the nerve to step up and say that he wants to do this.”

In 2005, Greenberg returned home to New York and felt that he was finally skilled enough to play in the city that had previously intimidated him.

“I think a lot of people would’ve thrown up their hands in the air in frustration, but it matters to [Greenberg] to keep going,” Joseph said. “He’s one of those people who it doesn’t make a fucking difference who’s listening to it or not.”

Although the instruments they play on stage vary, Greenberg can usually performs with the piano and guitar, while Joseph also plays the guitar. The two have performed in Mexico, Israel, Iraq, Afghanistan and New York.

Greenberg continues to work as an independent artist under “Seeing Green Music,” and runs a small New York-based antiques and jewelry business on the side to help pay the bills.

As Greenberg increasingly plays gigs nationally and internationally, Slomoff has recognized an evolution in Greenberg’s music, both in his commitment and quality.

“[Greenberg] knows about tight arrangements, and his music is certainly sharper,” Slomoff said. “His skillset is so much more refined because he’s been doing it professionally for so long, so there’s certainly more depth.”

Greenberg plans to release his new single “Sailed Ships” by the end of the year, and hopefully his fourth album.

“As an independent artist, [putting out an album] is a lot of work that entails public relations, music videos, radio campaign [and] a lot of money,” Greenberg said. “You have to be ready to do it, [and] I’m now ready to release it.”

Correction (10/11/19 at 10:36 p.m.): A previous version of this article incorrectly stated that Craig Greenberg (98C) and his friend played jazz music at Maggie’s Neighborhood Bar & Grill, and that his new album set to release would be a jazz album. In fact, Greenberg and his friend played rock and roll at Maggie’s Neighborhood Bar & Grill, and he is set to release a piano rock album. 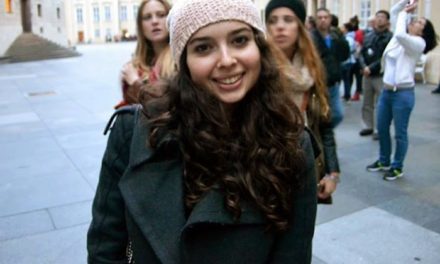 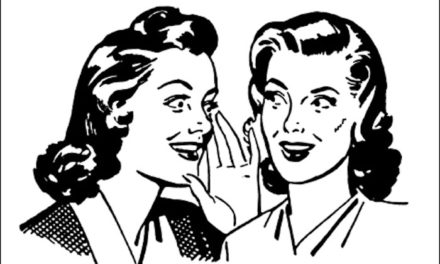