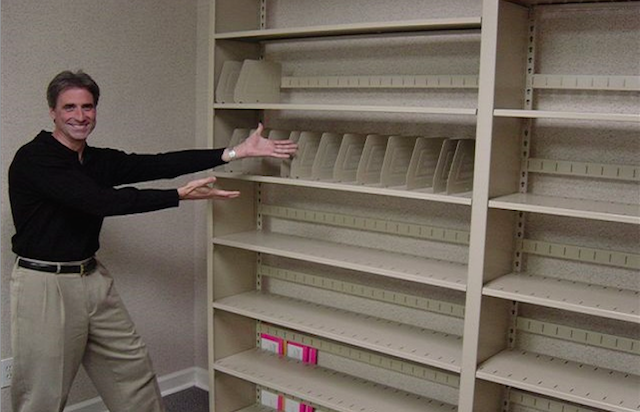 Are we witnessing the death of the album?

If current trends continue, it would seem so. So far, no album released in 2014 has gone platinum. Not a single one. The only album to reach platinum certification this year was the soundtrack to “Frozen,” which was released last year. The two albums closest to platinum this year are Beyonce’s self-titled album Beyonce and Lorde’s Pure Heroine, which were both released last year as well.

Of course, the year isn’t over. Some bestselling artists, such as Taylor Swift, whose album 1989 released yesterday, and Nicki Minaj and the Foo Fighters, who are slated for upcoming releases this quarter, could potentially stop the album from going under. But what if they don’t? This year would be the first year since 1976, the year the platinum certification was introduced, that no album has gone platinum. What could be the reasons why?

The short answer is technology, and this proves true in several ways.

For one, the nature of digital sales changes the way people can buy music. I’m referring specifically to singles. An album is just as much a piece of work as a single is. Albums are meant to be crafted, consumed, listened to and appreciated holistically, as one piece of work. Listeners today have ignored the album as a work of art, and have focused solely on what the songs are on an album.

Now, instead of having to buy an album as a whole and bear with the fact that you may not like every song, consumers can now buy specific songs they like, and ignore the ones they don’t. Artists, in this sense, are not selling cohesively-arranged albums, but bundles of singles.

Next, the internet is a plethora of free music. Free songs are abundant on YouTube, SoundCloud, Bandcamp and others. Apps like Pandora not only allow you to listen to endless amounts of music for free, but also specifically tailor songs based on your taste preferences.

Perhaps the greatest influence is online piracy. The research group National Purchase Diary (NPD) reports that in 2009 only 37 percent of music consumers paid for their music; according to the Recording Industry Association of America (RIAA), since “Napster emerged in 1999, music sales in the U.S. have dropped 53 percent, from $14.6 billion to $7.0 billion in 2013.” Sales have dropped by over half in a little over a decade, and less than half of all music is being paid for. The thought process here is: why buy the cow when you can get the milk for free? With nearly all music available online to consumers at no cost, what incentive is there to buy an album?

The prevalence of free music also changes the way artists behave, and their chances of success. With so much free music accessible to consumers, artists are pressured, essentially forced, to give away more music for free. U2 gave away their last album for free to pretty much everyone. Pharrell streamed his entire solo album, G I R L, for free on iTunes prior to its release. Nascent artists are in turn forced to give away much of their music for free, in order to get some exposure. So, when listeners discover a new artist, they don’t have to pay to listen to them and are able to find the bulk of their content for free. As a consequence of this, the only artists who can be commercially successful are the artists who have already been commercially successful and are able to charge for their music. This flooding effect hampers sales now, and will hamper sales in the long run.

So, is the album dead? Probably. No album going platinum this year can be taken as the casket being lowered. The ubiquity of free music and the convenience of buying songs individually makes it hard for albums to be commercially successful. Some albums have recently been able to buck the trend: the aforementioned “Frozen” soundtrack and Adele’s diamond-status 21. Yet the disparity between those two albums is great, leaving no clues as to how to recreate their success. With artists like Maroon 5, Coldplay and The Black Keys, who have all previously gone platinum, unable to recapture the magic, what will it take from now on to succeed at the platinum level? An answer isn’t clear, nor is it clear there is an answer at all.

Nathyia Watson is a College freshman from Norcross, Georgia.