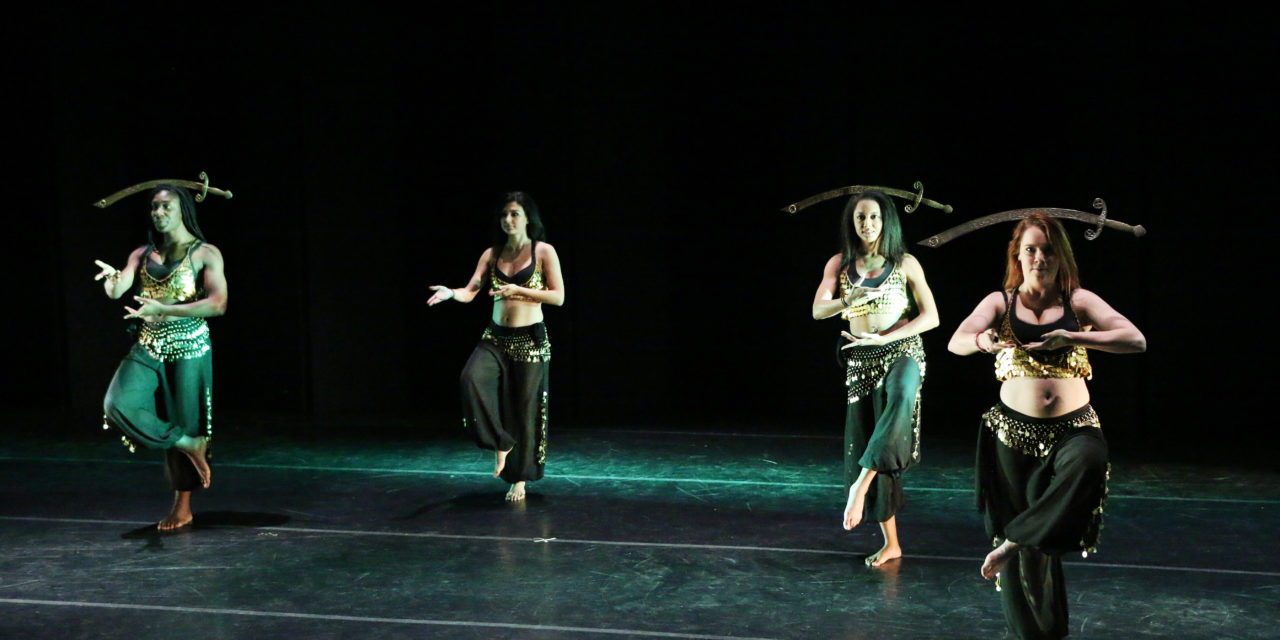 Almost every culture or civilization has a unique cultural dance or music style that unifies its people and acts as a source of entertainment. Performed multiple times throughout the semester, AHANA Dance brought students and parents together for a showcase in celebration of the historical arts of music and dance.

The AHANA Dance Showcase took Emory by storm on Monday, April 4 at 8 p.m. and Wednesday, April 6 at 7 p.m with its spring 2016 “Dance: A Shortcut to Happiness.” This production was held at Emory’s Performing Arts Studio, and the vast selection of dance pieces, choreographed by fellow students and cultural groups, entertained the audience. The seats were filled by the time the show started, and I quickly realized why.

“Dola Re Dola” (choreographed by College sophomore Shreya Mohan), the opening performance, caught my attention from the start with its fluid transitions and the attention paid to staying true to the Indian culture it embodied. Incorporated with traditional Indian clothing and dance, the piece showcased performers who moved with grace, and the dance eased us into the showcase with its energetic vibe and fast-paced routine.

Thanks to the wide variety of dance styles in the showcase, everyone found something to enjoy. “Why Not Today?” (choreographed by College junior Sydney Julian) integrated faster paced, upbeat routines. On the other hand, “Untitled” (choreographed by College sophomore Danielle Sidi) exuded a calmer atmosphere. Different dance styles were explored in the pieces, including tap dancing by Emory dance group Tap That, ballet and hip-hop by the dance crew Adrenaline.  The song choices also covered a broad spectrum of genres. Performers danced to “Formation” by Beyonce, “Jumpman” by Drake and Future, “You Can Do It” by Ice Cube and so much more.

The all-female dance crew, Persuasion, and “Apex” (choreographed by College sophomore Catherine Messina) were the highlights of the show. Persuasion performed a contemporary piece rooted in hip-hop, and the dancers had an aura of fierceness, shown in their expressions and moves which were full of energy and confidence. “Apex,” on the other hand, had a level of intensity that kept me on the edge of my seat, especially when the dancers marched forward and backwards repeatedly in an intimidating fashion.

The only thing that fell short was the timing. Maybe it’s my inner band geek from high school coming out, but it was evident that the performers were often not in unison. It wasn’t severe enough to make the show unenjoyable, but there were times when the dancers were out of sync with one another. Some dancers performed their moves too early or too late, causing a wave motion that lacked the unity of simultaneous actions. Tap That was entertaining, but at times I could hear the tap dancers out of sync. However, the rest of the show made up for this because of the performers’ skills and attitudes.

In this day and age, it’s a feat to keep people’s attention on a specific task for an extended period of time, but AHANA accomplished just that. Not once throughout the whole showcase did my mind wander. There were so many dance routines happening at once, especially in certain pieces like “Why Not Today?” and “Speakeasy” (choreographed by Georgia Institute of Technology junior Raianna Brown). Both dances had large casts that moved in sync during certain parts and broke off into different routines in others. Watching multiple routines at once was overwhelming at times, leaving us confused as to where to look, but it was also exciting because we got to watch different aspects of the choreography concurrently.

Closing the showcase with “Speakeasy” was an excellent call because it had one of the biggest casts, an entertaining, laidback vibe and an upbeat feel that left the audience pumped.

Every piece was entertaining and satisfying — AHANA Dance is definitely worth the investment next year and many more years to come. This student-choreographed dance showcase is a tradition worth appreciating, one showcase at a time.