College Council (CC) Second-Year Legislator Chandler Smith (22C) proposed a resolution on Wednesday to endorse the Student Government Association’s (SGA) bill to raise the Student Activity Fee (SAF) by $15. After a debate that spanned roughly 40 minutes, the resolution failed to receive a two-thirds majority, with eight votes in favor, five votes against and three abstentions.

CC hosted SGA President Ben Palmer (18Ox, 20C) for a Q&A session before the resolution was presented to provide clarification about SGA’s initiative to increase the SAF to the legislators.

Some legislators expressed concerns with SGA’s Finance Code and argued that the mismanagement of clubs’ money should be addressed before attempting to raise the SAF.

“I don’t think that an entire organization should be endorsing something this vague when we have no data of our organizations using this money properly,” Fourth-Year Legislator Madhumitha Baby Kumar (20C) said.

In response, Palmer said that working to prevent financial mismanagement and raising the SAF are not mutually exclusive.

“I hear the finance concerns … but that does not make the SAF issue go away,” Palmer said. “Yes, we can get better at financing … but no matter how well we move money around, inflation is making SAF uncompetitive.”

Fourth-Year Legislator Radhika Kadakia (20C) questioned SGA’s publicity campaign for the bill and expressed concern that information about the initiative has reached too few students.

“From my knowledge, there were no [students] who showed up to the SGA meeting,” Kadakia said. “If people don’t show up to the town hall because they are busy … how can we say that we took into account [the wants of the student body]?”

Palmer responded by emphasizing SGA’s timeline for the bill’s implementation.

“I wish we could have gotten in front of every single person affected by this … but we are trying to do that outreach as much as possible,” Palmer said.

Kadakia questioned SGA’s lack of information regarding potential accommodations for financially vulnerable students in the case of an SAF increase.

Palmer said that any federal aid a student receives will cover the increase of the SAF.

“[The] Emory Financial Aid office adds up all parts of tuition as a total cost of attendance. … This means that when tuition increases next year, your financial aid is guaranteed to cover that difference,” Palmer wrote in a Nov. 14 email to the Wheel. “The SAF adjustment, if passed, will be considered as a part of that annual raise and will be a net neutral. This will not have any negative effects on students.”

Palmer was dismissed after roughly 30 minutes of the Q&A session, and CC went into parliamentary procedure to vote on the resolution.

Members of CC motioned the bill into debate and questioned the importance of CC’s endorsement of the SAF increase. Third-Year Legislator Cameron Hedden (19Ox, 21C) questioned the validity of a CC-wide resolution and said that he didn’t feel it was the right of  legislators to advise students on this matter.

Second-Year Legislator Tate Stevenson (22B) responded by putting the duty of CC legislators into perspective.

“The adjustment will make Emory a better place for everyone by enabling our student government branches to more adequately fulfill the funding promises made by the University to prospective and admitted students,” Stevenson wrote in a Nov. 13 email to the Wheel. “I think voting and passing this resolution will make it clear to other students … that as their student leaders, we encourage the vote.”

After the resolution failed to pass, Smith expressed surprise in a Nov. 14 email to the Wheel regarding the outcome.

“I have met with ten student organization presidents of diverse backgrounds so far and asked them what their opinion on the SAF proposal was,” Smith wrote. “Those with RF (recommended for funding) charters said it would be incredibly helpful to have an extra cushion of funding, given this semester’s budget fiasco.”

Smith attributed the bill’s failure to selfishness and a lack of foresight on the part of CC legislators.

CC’s failed endorsement does not affect the requirements needed for the SAF bill to pass. SGA will host a town hall for students on Nov. 18 at 6 p.m., after which SGA will vote on the bill a second time. 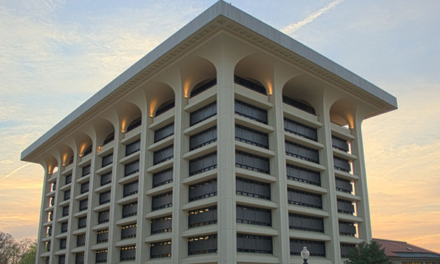 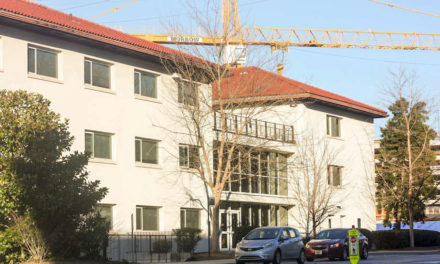