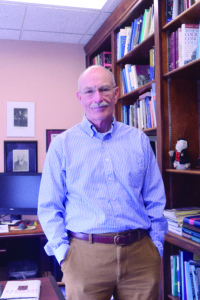 A photo of Professor Micheal Giles and former U.S. Presidents Bill Clinton and Jimmy Carter sits atop Giles’ bookshelf in the office he’s called home for the past 25 years, a captured moment that reflects his work with leaders of the free world and Emory University administration.

The Wheel sat down with the Fuller E. Callaway and Goodrich C. White professor of political science to reflect on his work at the Carter Center, his role in the 2012 Emory budget and program cuts and how Emory has changed throughout his tenure.

For the past 35 years, Giles has taught at Emory and served on administrative committees for the College and University. He joined Emory in 1983 and served as the political science chair until he stepped down at the end of his term in 1989. In 1984, he became editor of The Journal of Politics and in 1992, the senior advisor for research and evaluation of The Atlanta Project at the Carter Center.

Emory hired Giles as part of then-College Dean David Minter’s efforts to hire faculty from other institutions to lead departments, Giles said. Chair of the Political Science Department Clifford Carrubba said Giles served as a mentor for him as he developed into a mature researcher.

“[Giles] started to put Emory’s political science on the map when he came here as chair,” Carrubba said. “He’s going to be sorely missed by the department.”

Prior to teaching at Emory, Giles earned a bachelors from North Texas State University and a masters and doctorate from University of Kentucky. He taught at Florida Atlantic University as a professor before moving to Atlanta. Giles said he came to Emory because the school offered good resources with strong dean support, a well-established department and a well-organized faculty. Giles said he dedicated much of his first few years at Emory to recruiting new professors and working on his journal.

In 1992, Giles joined The Atlanta Project at the Carter Center because he had “published a lot” and wanted to have a direct political impact, he told the Wheel. The project, started by then-Emory University President James T. Laney and Carter, aimed to fulfill Carter’s effort to shrink the disparity between poor and wealthy communities in Atlanta.

Giles called Carter a “great boss to work for,” pointing to one instance when other leaders wanted Giles to leave the project after he delivered a negative outlook on the Atlanta community. Carter told members, “We’re not going to kill the messenger.”

Giles said that no one wanted to cut departments, but there was little choice — the College had been running a budget deficit for about three consecutive years.

“The budget projections … were dropping like a rock,” Giles said. “Neither students nor faculty understand that Emory University has a large endowment. Emory College does not.”

Giles, 71, said he is retiring because he wants to devote time toward his personal research and spend more time with his wife, who retired two years ago.

Over his 35-year tenure, Giles said the campus infrastructure and diversity among students have significantly improved, but more can still be done to increase diversity.

Giles said he was not impressed by the administration of former University President William Chace, who served from 1995 to 2003, because they allowed faculty to blame deans for the University’s poor financial situation at the time. However, he said he has faith in University President Claire E. Sterk to push Emory in a “strategic” direction by critically evaluating where the University should allocate funds even if that means some people may lose their jobs.

“I love the choice of [College Dean Michael Elliott],” Giles said. “I’m hopeful that the current administration will be more strategic than the ones in the past.”

As a political science professor, Giles said he has witnessed how students on campus attempt to effect change in politics. Though Giles said he thinks protesting is generally healthy, he also thinks most students don’t have fully formed opinions yet. Students involved in activism should be more aware of the consequences, Giles said. Students who sit-in buildings, for example, should expect to be arrested, he said.

“There’s a reason why it’s called the Letter From The Birmingham Jail — [Martin Luther King Jr.] went to jail,” Giles said. “I just hope that some [students] … — five, six, seven years from now when they have more experience — look out and [think], ‘God, I was stupid.’ ”

Giles said that the United States Supreme Court is his favorite class to teach because it allows him an opportunity to develop in students “a more nuanced understanding” of the role of courts in the U.S.  government system as a whole.

The professor added that he will miss interacting with students and mentoring honors students.

“Working with smart students committed to a project is about as good as it can get for a professor,” Giles wrote in a March 20 email to the Wheel.

Leah Fishman (20C), who is enrolled in Giles’ U.S. Supreme Court class, said she would have probably taken another of Giles’ classes if he wasn’t retiring. 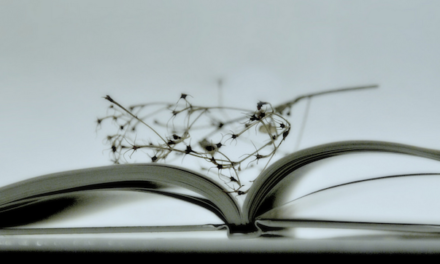