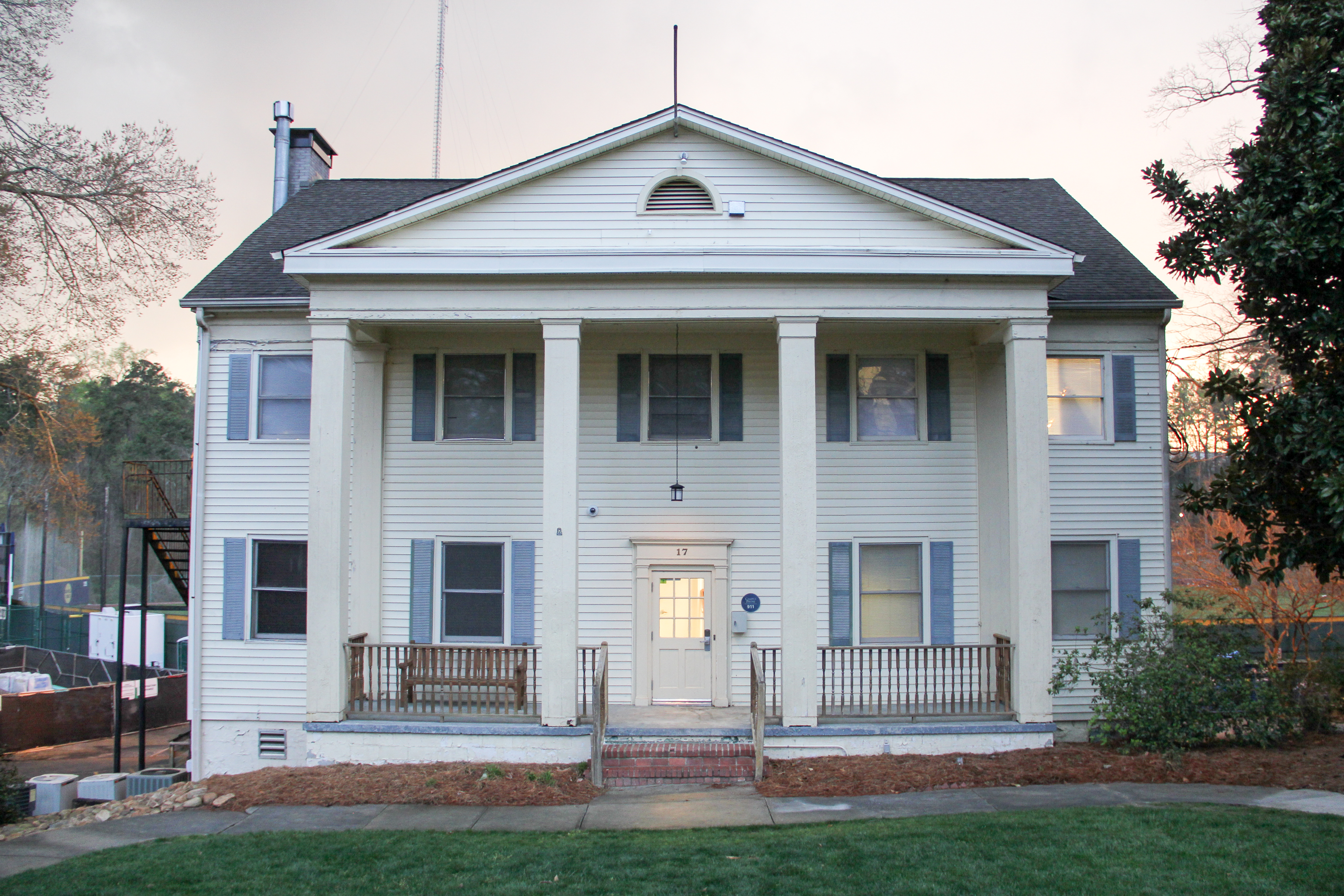 The 21 former members of AEPi living at 17 Eagle Row were told to vacate the house on March 6 following the suspension of Emory’s AEPi chapter for suspected hazing./Nassem Yousef, Staff

Less than a day after the brothers of Alpha Epsilon Pi (AEPi) were told to vacate their home at 17 Eagle Row, their house was trashed.

The Office of Residence Life and Housing Operations reported the property damage to Emory Police Department (EPD) which is actively investigating the case. According to the police report, a University employee discovered the damage when he entered the house to conduct routine clean-up and maintenance.

The 21 former members of AEPi living at 17 Eagle Row were told to vacate the house on March 6 following the suspension of Emory’s AEPi chapter for suspected hazing, the Wheel previously reported.

The damage, which affected all four floors of the house and its exterior, was sustained between the night of March 6 and morning of March 7. The employee found the house floor littered with beer cans, overturned trash cans and food. He also found flipped dining room tables and chairs, according to the report.

The employee also found a 2-by-2-foot hole in the stairwell on the main floor, which someone had either urinated or poured liquid in, according to the report. A different hole was created in the wall where a TV screen was ripped out.

Chairs were thrown off of the balcony onto the rear deck. Several kitchen cabinet doors were torn from their hinges and the stuffing from some mattresses was torn out or shredded.

Director of Housing Facilities and Operations Jonathan Cooper, who reported the incident to EPD, said he could not immediately determine the estimated repair costs. Cooper declined to provide a comment for the Wheel.

EPD Sargent Ryan Andrews told the Wheel on March 22 that the investigation is active and it is not yet known if charges will be pressed.

When asked if Emory had assessed the house’s condition, Senior Director for Communications in the Office of Campus Life Tomika DePriest wrote in a March 11 email to the Wheel that “Emory’s facilities, including residence halls and fraternity houses/sorority lodges, are regularly assessed as part of the University’s maintenance operations.”

Former AEPi President John Stark (21B) did not respond to request for comment.