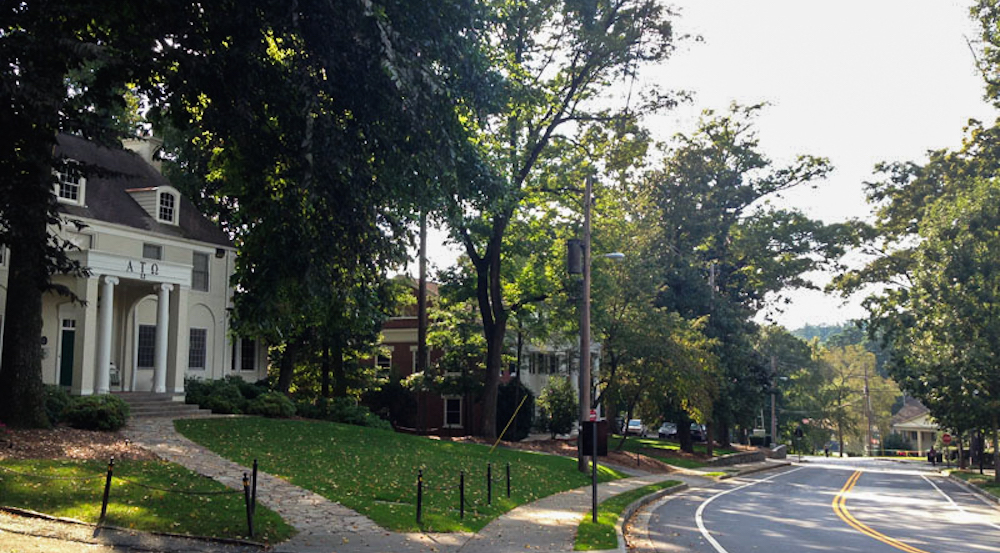 The AEPi house at 17 Eagle Row will be torn down in summer 2016, according to Emory’s Division of Campus Life. The process may leave AEPi without a house for a couple of years, but AEPi members may be able to build a new house in the same location if they are able to raise the remaining $3.25 million needed to fund construction.

“At this time, nothing will replace the [house] at 17 Eagle Row that AEPi currently occupies,” Eric Bymaster, the associate vice president of finance, operations and administration for the Division of Campus Life, wrote in an email to the Wheel.

The new house illustrated in AEPi’s feasibility study costs about $5.4 million, according to a brochure on the Emory AEPi chapter’s website. The University has allocated $1.75 million toward the house and alumni have contributed $600,000.

“The original plan was to demolish the house this past summer … but after discussions with AEPi leadership, it was agreed upon to delay the project until next summer,” according to Bymaster.

Actual conversations about replacing the AEPi house have been ongoing for several years, said Scott Rausch, assistant dean and director of Residence Life.

“[AEPi members] have been fortunate enough to secure safe housing on campus for the past few years, but with a number of new fraternities joining Emory’s Greek community and others returning to the Row, the future of Epsilon stands in question,” according to the brochure.

The house’s current situation is similar to that of the torn down McTyeire Hall, which was built under codes that are now outdated, Rausch said. In both cases, it costs more to repair the house than to replace it.

Rausch added that nobody who lives in the house is in imminent danger. Past housing condition concerns of all Emory residences have included a lack of internal fire suppression systems and access for people with disabilities.

Rausch said he thinks that AEPi members are accepting but not completely OK with the situation.

“Do I think they’re ecstatic about it? No, but I think they understand that they have to make the decision,” he said.

However, the idea for the new structure will ultimately have positive effects, he added.

“They know they need a new house; they know the current house is not going to cut it.”

AEPi President and Goizueta Business School junior Byron Azizi said that no one in the fraternity is concerned, referring to the fact that the demolition of the house has been in talks for several years.

“We don’t think that the University would really want us to get screwed over … by knocking down the house and letting us become freelancers, roaming around and trying to find housing for next year,” Azizi said.

The house was renovated this past summer with new carpeting and wall paint, Azizi said, but the structure was left alone.

AEPi may be placed in a different house on campus, where the fraternity members would still be able to host their regular social events and recruitment processes.

Azizi said that, in his opinion, the AEPi house is the least aesthetically pleasing out of Emory’s fraternity houses. However, he also emphasized that the structure is homey and encourages unity among AEPi members.

Regardless of the housing outcome for AEPi members, Bymaster said that he expects for members to remain active on Emory’s campus.

“As with all student organizations on campus, Emory expects AEPi to continue contributing positively to the campus community.”