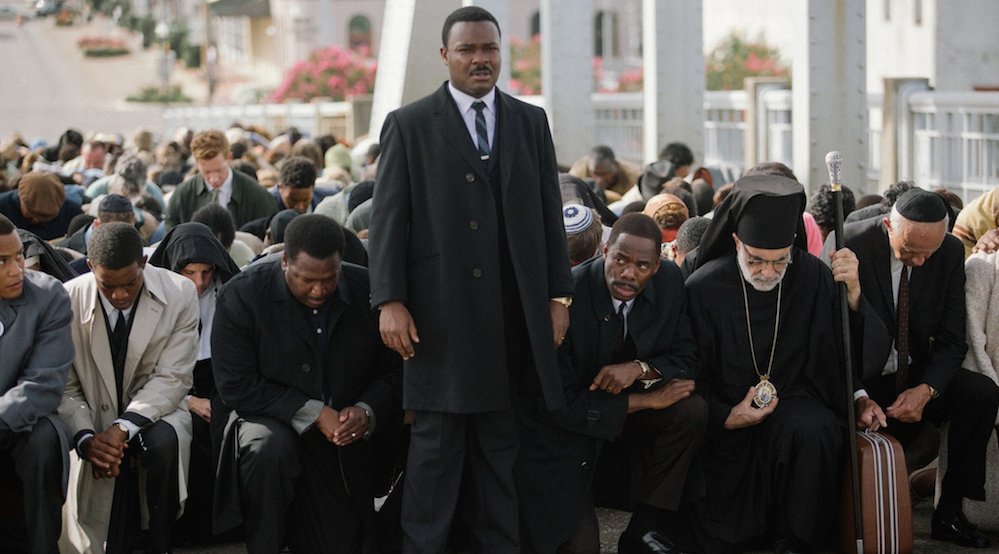 Some make brackets for basketball, others for soccer. But at the end of the film awards season, movie buffs everywhere are creating their own brackets to predict the winners of this year’s Academy Awards.

The Academy announced the list of the 87th Oscar nominees on the morning of Jan. 15 and the awards ceremony will take place on Feb. 22 at the Dolby Theatre in Hollywood, California.

Many of the nominated films are based off of true stories, such as “The Imitation Game,” the story of British codebreaker Alan Turing; “Selma,” about the 1965 civil rights marches; and “The Theory of Everything,” about physicist Stephen Hawking.

[quote_regular name=”” icon_quote=”no”]Leading the pack are Alejandro González Iñárritu’s “Birdman” and Wes Anderson’s “The Grand Budapest Hotel,” both with an impressive nine nominations.[/quote_regular]

David Oyelowo, who played Martin Luther King, Jr. in the film, received multiple nominations for other awards for “Selma,” including nods from the Golden Globe Awards and the Critics’ Choice Awards, but was astonishingly left off of the list of Best Actor nominees.

Not only was Oyelowo ignored, but so was his director, Ava DuVernay. With “Selma,” DuVernay managed to create a portrait of the civil rights movement that was both intellectually stimulating and emotionally moving.

The Academy had the opportunity to make history this year by nominating DuVernay for Best Director, which would have made her the first African American woman to be nominated in that category.

Though DuVernay won’t go down in Oscar history this year, she still has laid claim to the title of the first African American female to be nominated for the Best Director category in the Golden Globes.

While Cooper gave a solid performance, the film failed to seize the opportunity to create a dialogue about the politics of war, instead making it into a typical Hollywood fairytale, full of the kind of patriotism and pride that the Academy voters predictably acknowledged.

Actor Seth Rogen (“The Interview”) compared the film to Nazi propaganda on Twitter and director Michael Moore (“Fahrenheit 9/11”) also used social media to denounce “American Sniper,” calling it out for its glorification of snipers.

Moore clarified his thoughts on the movie on Facebook, praising the making of the film and Cooper’s performance as Chris Kyle, while also stating that he doesn’t believe that most Americans see snipers as heroes.

Despite the criticism, the war drama managed to pick up six Academy Award nominations.

Also included on the list of nominees is Richard Linklater’s “Boyhood,” a coming of age story filmed over the span of 12 years.

It seemed inevitable that the Academy voters chose to acknowledge the film, especially considering that the cast and crew spent 12 years on its creation.
The film received six nominations, including Best Picture and Best Director.

One of its competitors is “The Imitation Game,” the story of Turing’s key contributions in deciphering the Enigma code of Nazi Germany that ultimately helped the Allies claim victory in World World II.

“Benedict Cumberbatch was excellent,” College freshman Anwesha Guha said of Cumberbatch’s performance. “I really liked the dynamic between him and Keira Knightley and the way [that] they made both of the characters so smart and witty.”

Knightley also picked up a nomination for Best Supporting Actress for her portrayal of Turing’s fellow codebreaker and fiancée, Joan Clarke.

Two of Cumberbatch’s most threatening competitors in the Best Actor category include Eddie Redmayne (“The Theory of Everything”) and Steve Carell (“Foxcatcher”).
Redmayne, Carell and Cumberbatch were all also nominated for the Golden Globe Award for Best Actor in a Motion Picture (Drama), though Redmayne emerged victorious for his depiction of the acclaimed physicist, Stephen Hawking.

The Academy voters recognized both Redmayne and Cumberbatch for their portrayals of brilliant British scientists, Hawking and Turing, respectively.

While Cumberbatch’s portrayal of Turing’s social awkwardness and vulnerability in the persecution of his homosexuality is certainly remarkable, Redmayne’s performance as Hawking as he struggles with amyotrophic lateral sclerosis (ALS) is exceptional, demonstrating the physicality of Hawking’s battle as well as his emotional frustrations with himself due to the motor neuron disease.

Redmayne will fight his fellow former Golden Globe winner for Best Actor in a Motion Picture (Musical or Comedy) Michael Keaton for “Birdman.”
Though many talented individuals are being rightfully recognized, the lack of diversity among the nominees is frustrating, especially considering the potential of movies such as “Selma.”

Not only are all 20 acting nominees are white but the majority of categories lack diversity.

The Oscars will remain the most prestigious film awards for many years, and though the Academy voters may need to be more cognizant of their nominee choices in the future, this year’s nominees are, for the most part, deserving, though predictable, films.