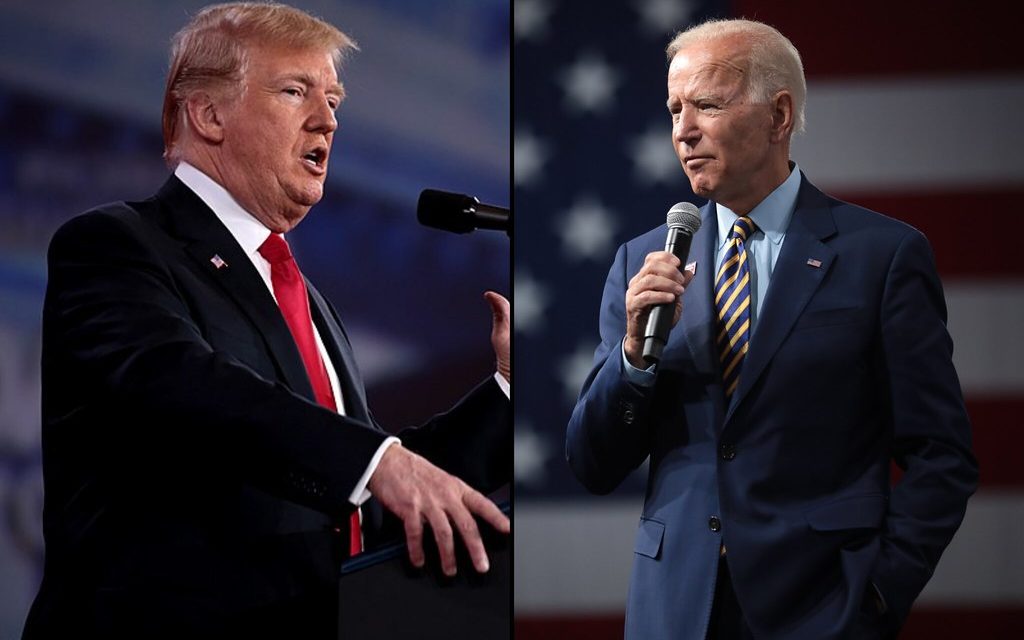 In the days leading up to the election, many Americans reflected upon November 2016 and all that’s changed since then. As consumers and writers of the arts, A&E staff penned our thoughts on U.S. President Donald J. Trump’s effect on American art over the past four years and hypothesized how the election, though still too early to call as of Nov. 3, will change American art in the future. Read our predictions below.

Stephen Altobelli: Rotten to the Core

“Listen to the sounds. It is in our house now.” So begins 2017’s “Twin Peaks: The Return,” the artwork that, more than any other, defined the Trump era for me. The depiction of the U.S. as a haunted house plagued by the spirits of its bloody past is at least as old as Toni Morrison’s “Beloved” (1987), but recently the ghosts have awoken. “Twin Peaks” continues with the words, “It all cannot be said aloud now.” This statement contrasts with Trump’s election, which brought it all out into the open. White middle-class Americans were confronted with the truths that poor Black, Indigenous and People of Color have known their entire lives: there is something fundamentally evil in America. Not wrong (for this would suggest we simply need to make everything Great Again) but malicious. Many of the best American films of the Trump years reflected this new awareness. Movies like “First Reformed” (2017) and “Sorry to Bother You” (2018) focus on individuals whose lives spin out of control as they realize the extent of the rampant, capitalist madness permeating their realities. I think we can safely expect more of the same under four more years of Trump. The most indelibly American image of recent cinema comes from 2019’s “Parasite”: a mad, grinning specter rising out of the basement to inflict bloody vengeance on a group of unsuspecting partygoers. Images and themes like these will continue to recur under Trump, if elected again, as the Republican party gets stranger and bloodier with each passing day.

With the advent of Trump’s presidency, art began to carry an unprecedented urgency and anger. More than ever, films became concerned with interrogating the social fabric of our country and all the issues that were at risk of being exacerbated by Trump’s administration. A non-exhaustive list includes racism (“Get Out,” 2017 ), the climate crisis (“mother!” 2017) and class disparities (“Knives Out,” 2019). The biggest foreign film of the last four years, “Parasite” (2019), reflected socioeconomic anxieties that rang all too true for Americans. Art transformed into a tool of resistance, a medium through which filmmakers were able to channel their frustration and anger at Trump’s White House. If Trump is to win reelection, this resistance may very well continue, challenging and questioning Trump’s policies. I do, however, fear that art may be permeated with a feeling of defeat with a second Trump term. I, for one, hope art would not become hopeless. I would hope it stays angry.

Museums today are populated by ancient statues with their noses broken off and ancient Mayan plates with drill holes in the middle. Egyptian statues often don’t have noses because breaking them off was seen as suffocating the life of the statue in Christianity’s triumph, and Mayan plates will often have “kill holes” in them that actually served to activate the artwork’s spiritual power. If Trump wins again, even more altered artworks in museums will play important roles in understand- ing this moment in history. During the first four years of Trump’s presidency, protesters took to altering or toppling Confederate statues and slave-owner monuments across the United States. As a result, many of them will end up in random art museum collections in the coming years, as curators scramble to contextualize them and explain these important alterations. Much like how ancient statues can teach viewers about the historical context, social systems and political climate of their times, the history recorded on these current monuments will teach future viewers about the state of unrest that flourished during the era of Trump.

During Trump’s presidency, there has been no end to skits and jokes at his expense, against which he continues to push back, most notably through Twitter rants. This, in turn, leads to anger over his unpresidential conduct and even more jokes about his temperamental behavior. If we’re given another four years of Trump, we can expect this back and forth to be exacerbated. “Saturday Night Live” (SNL) has always been political, but their political humor has generally been more lighthearted than biting. While “SNL’s” political satire isn’t usually this edgy, their subjects usually have a better sense of humor about it, allow- ing them to come on the show and accept the jokes made about them. This was never going to happen with Trump. With Trump’s possible reelection, the president will continue to escape meaningful criticism.

As young people, we’re told to have a five-year, even 10-year plan. I’m the sort of type-A person who had her entire life mapped out right up to her 30s. The Trump administration’s poor management of the pandemic changed my plans. Regardless of the election’s outcome, I know we will be using music to cope with whatever the world throws at us. Protest songs have existed in some capacity as long as people have protested. In the U.S., artists span decades and genres and include the likes of Bob Dylan, Rage Against the Machine and Kendrick Lamar. Music not only mirrors the current climate but captures the sentiments of the artist and the people who enjoyed the music when it was created. All of our emotions from this tumultuous time will be packed into three-minute chunks and preserved forever — if not physically, then in the memories of the people who chanted an artist’s lyrics as they marched down their city’s streets, or hummed tunes while doing dishes because they’re out of work or stuck at home. I’m terrified right now, more than I’ve ever been in my entire life. But if there’s anything I’ve learned in my short time here, it’s that music can get you through anything, and I think music is about to get really personal.