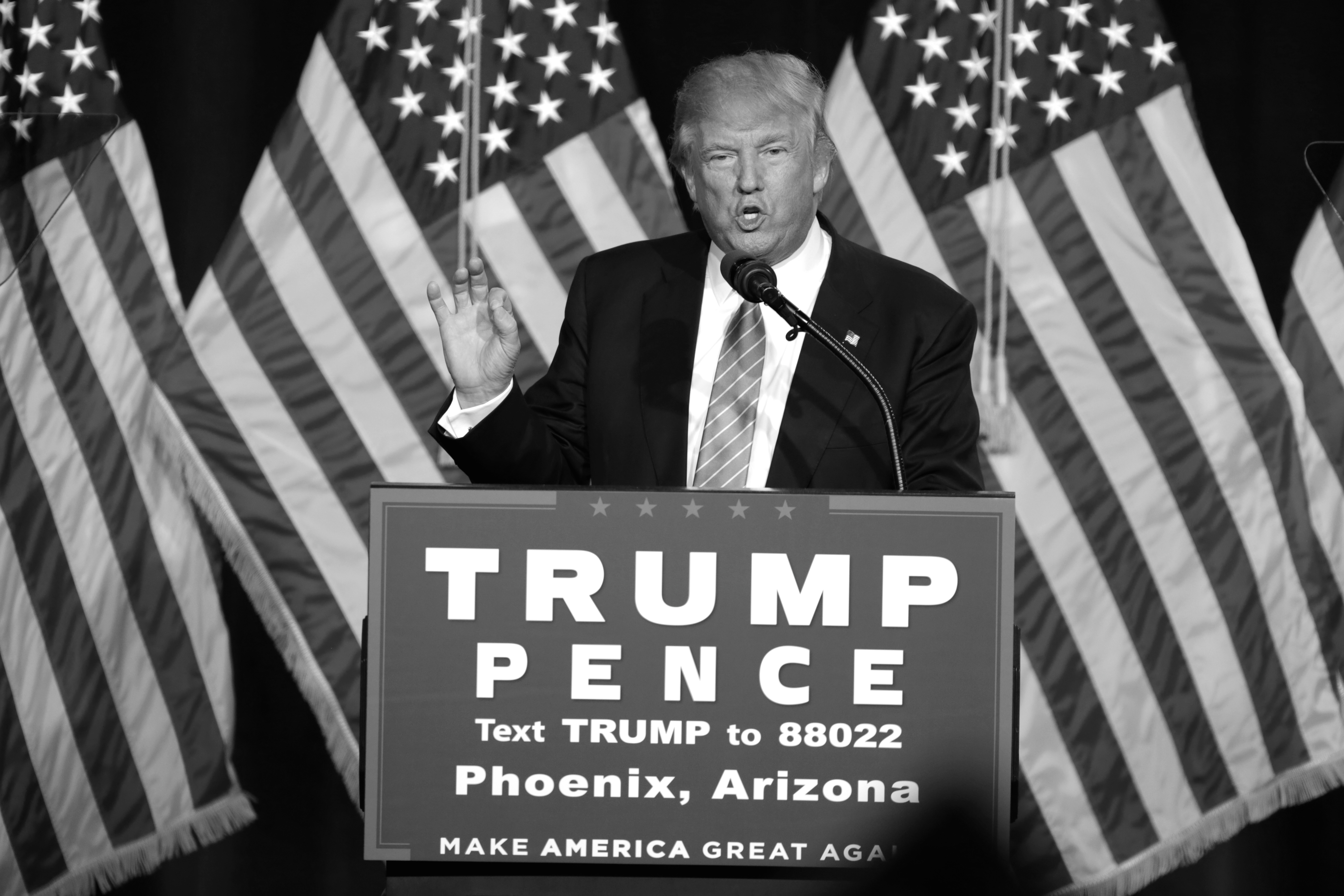 Donald Trump’s triumph over Hillary Clinton in the 2016 presidential election represents a doomsday scenario to many Clinton supporters.

His victory follows an excessively contentious election cycle, in which sensationalism overtook any real substantive discussion on policy.

From his political origins in the birtherism movement, Trump’s bigoted rhetoric has caused both his allies and his adversaries concern. Whether his supporters truly agreed with his message or were simply willing to overlook a campaign of undisguised prejudice, Trump’s victory is alarming to us.

With that being said, the president has a unique ability to shape national discourse during his tenure. The nation desperately needs a leader who will put aside partisan differences and work to unite the country. Instead of building walls, Trump must focus on building bridges with those outside of his constituency in the coming weeks.

Trump should work to initiate a new political discourse. The time for fear-mongering is over, and Trump must replace his vague proposals with substantive policy. An important part of this is stating publicly that Clinton will not be prosecuted by his administration.

Contrary to Trump’s persistent accusations, the system was not rigged against him; he will be sworn in as president Jan. 20 and will become this country’s 45th commander-in-chief. The Clinton campaign has relentlessly cast Trump as an authoritarian unbound by the rule of law, and many of his opponents view his presidency as the potential end of the republic. Nonetheless, our democracy can withstand any individual, even Trump.

Though the president is the chief executive, both Congress and the Supreme Court serve as checks on his domestic power. Trump will not be fully able to implement his agenda without Congress’ approval. Speaker of the House Paul Ryan endorsed Trump, but openly opposed several of his policies. “I would sue any president that exceeds his or her powers,” Ryan said, regarding Trump’s proposed Muslim ban. The next speaker of the House must transcend the partisan politics that have come to define Washington over the last eight years, and instead harness the actions of a president of their own party.

It is essential that voters remain engaged even after the election is over. The public must be watchful of Trump’s actions once he has taken office to ensure that he does not overstep his constitutionally mandated role. It’s time to face the reality of a Trump presidency.