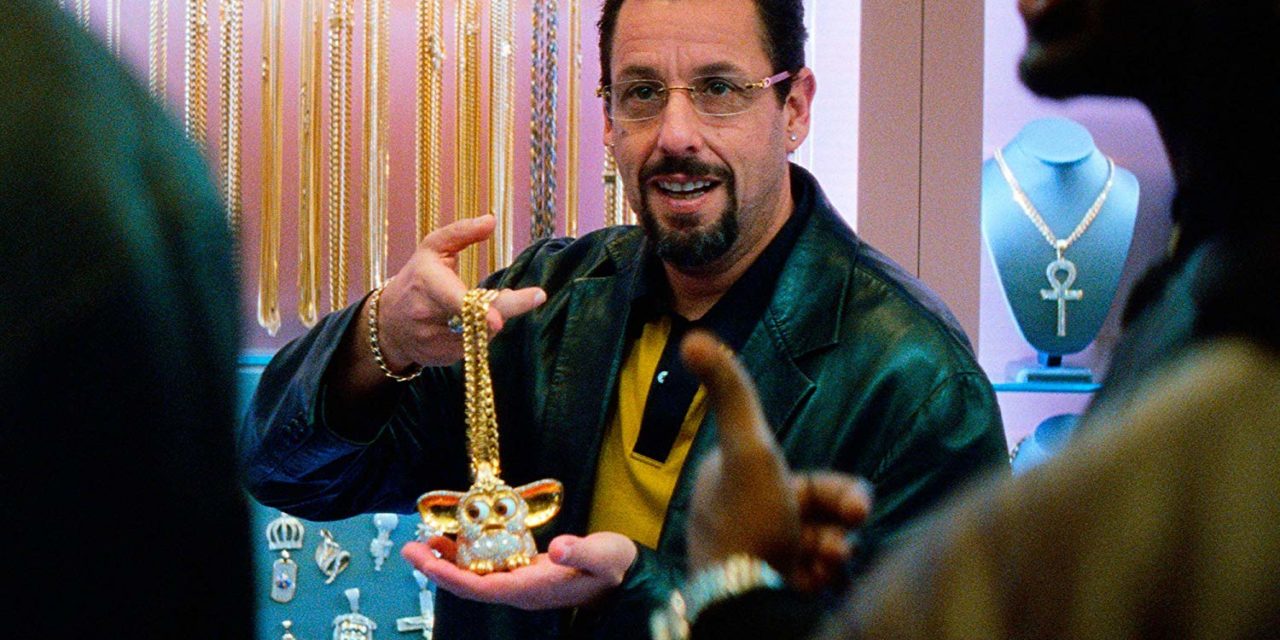 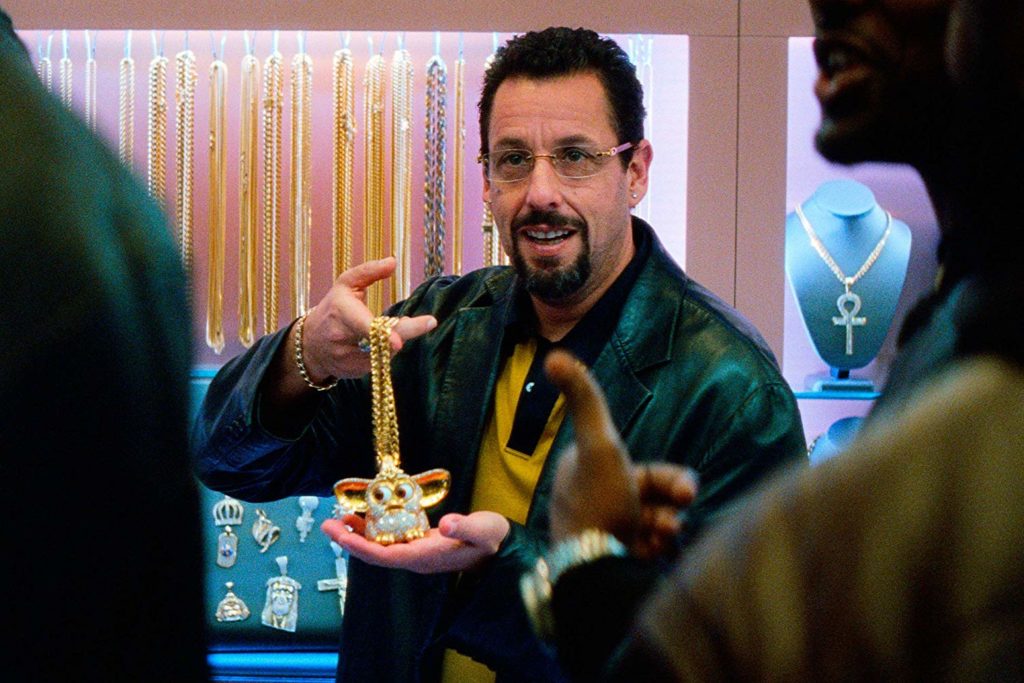 Directors Josh and Benny Safdie’s newest film may have opened on Christmas day, but it is far from standard holiday fare. “Uncut Gems” is an anxiety-inducing thrill ride through New York City’s Diamond District. Much like the director duo’s previous film, “Good Time,” this neon-lit urban crime odyssey slams on the gas pedal and does not let up until the very end.

Early on in “Uncut Gems,” jeweler Howard Ratner (Adam Sandler) says of the titular “uncut gem” of the film, “They say you can see the whole universe in opals. That’s how fucking old they are.” This idea certainly holds true for Howard. For better or for worse, his fate seems tied to the opal he smuggles into New York from a mine in Ethiopia. Coinciding with the arrival of this gem, we watch as Howard’s universe collapses in on itself, as his debts pile up, his family life becomes increasingly strained and his gambling addiction grows ever more dangerous. All this unfolds alongside the 2012 NBA Eastern Conference Finals, to which Howard and the gem become integral due to his interactions with the Boston Celtics player Kevin Garnett (played by himself).

Few films this year jangle the nerves quite like “Uncut Gems” does. Howard’s back is constantly against the wall. He is engaged in an unwinnable race against time to pay back creditors and save his skin, and just when it seems he might succeed, something else gets in the way. Howard is a busy man, although much of the clamor that surrounds him is caused by his own irresponsibility. The word that dominates nearly every scene is simply his name, as different characters yell out “Howard!” and demand his attention. He hardly knows where to begin, and as a result, neither does the audience. Characters shout over each other and all the dialogue melds together so that the specific words don’t matter, but rather the built-up chaos and confusion. The resulting film is equally overwhelming and exhilarating.

“Uncut Gems” owes a great debt of gratitude to composer Daniel Lopatin, who wrote the music for the movie, as it is absolutely essential to building tension and establishing the film’s frenetic energy. The synth-heavy score is frequently layered over conversation and the general din of New York City, oftentimes drowning out everything else. The music always seems to be escalating, approaching some sort of reprieve from the relentless noise, that never comes. In many of the film’s tensest scenes, the visuals convey nothing of the desperate circumstances in the way the score does. Money counters flipping through bills and basketball games playing on television suddenly feel like matters of life and death when Lopatin’s music is behind them.

Other than the score, the fast-moving screenplay and claustrophobic cinematography of “Uncut Gems” are standouts, but the true gem of the film is Sandler. This is perhaps a sentence that most wouldn’t expect to read, but it is true nonetheless: Sandler’s performance is Oscar-worthy. In many ways, Howard Ratner is much like a typical Sandler comic character — he is loud, obnoxious and completely self-centered. While this is without a doubt a dramatic performance, were it not for Sandler’s keen sense of comedy and his familiarity with those traits, Howard would not have worked as a character. Played completely straight and serious, he would have been unbearably irritating and hard to support. Sandler imbues him with a sort of charm and irreverence that makes audiences want to root for him and to escape all of his predicaments, despite the fact that they’re all completely his fault.

This balance between humor and drama is not just pivotal to the character of Howard but to the film itself. At its core, “Uncut Gems” is quite a disturbing portrait of a man whose addiction drives him to the point of self-destruction. It explores serious themes such as capitalist exploitation as the gem Howard obtains comes from underpaid Ethiopian miners. Yet, it must be highlighted that the film is indeed very funny. There is an absurd, dark hilarity in watching Howard’s personal life and professional dealings colliding. In one of the movie’s best sequences, debt collectors show up to his daughter’s play, culminating in an intense yet ridiculous chase through a school. Julia (Julia Fox), Howard’s mistress is his twin soul, someone who is just as immature and selfish as him, and the two fight and play off each other incredibly well to great comedic effect.

With blaring music, blunt dialogue and bursts of violence, it is clear that “Uncut Gems” is not a film concerned with polish. A dedication to grit and authenticity seems to inform the decisions of the directors, like shooting the movie on film and filming many scenes on location in the Diamond District. These choices add a roughness to the film, similar to that of the movie’s titular “Uncut Gem.” And more than anything else, the Safdie brothers’ embrace of this roughness is what makes “Uncut Gems” shine.