From the misfortunes of a Who in Whoville to the feats of Horton the elephant and his infatuated but spunky single-tail-feathered lover Gertrude, Dr. Seuss took the imagination to incredible places. “Seussical the Musical” upheld the fascination and splendor that allowed both the cast and audience to relive and reminisce over some of Seuss’ greatest stories.

Taken from the gates of Broadway to the basement of the Burlington Road Building, Emory’s Ad Hoc, a student-run musical theater performance group, decided to stage and perform “Seussical” as a change to their typical adult-themed shows and musicals.

Premiering last Thursday, Apr. 9, the production prepared itself for seven highly animated shows to make up for its small venue — a small room with a tightly packed audience. Though a larger stage might have been better for the delivery, the smaller stage and close proximity to the performers allowed the audience members to feel more included.

It was very storybook. I liked that you could really see their faces.

[/quote_colored]It was difficult to resist getting close to the characters as their stories intertwined, especially with the gallant Horton the elephant in an unbelievable world, the large-brained Jojo in a small-sized Whoville and the childish featherless bird Gertrude amidst the conceited feathered birds around her, all being so vibrant.

Additionally, the inspiring sense of community and trust that tied the cast together remained evident during production, especially as the chemistry and emotion between the soon-to-graduate seniors came to life. Even those who were new to stage productions were not afraid to display the quirks of their personalities in their interpretations of their characters — which happen to be impressively similar to the original “Seussical” production.

College senior Taara Rangan, for example, played a strong antagonist against Horton as a sour kangaroo. Her beautiful and powerful voice started off quiet and grew louder as she drove the energy of the music.

“This is the first play I’ve been a part of in seven years,” Rangan explained. She, like many others in this production, remember their early days in theater and “Seussical” was the first production which they had ever been a part of. Their energy, stemming from their high school and middle school acting nostalgia, reflected in the effort they put forth in this show.

However, the greatest amount of energy stemmed from the leads, College seniors Tom Cassaro and Julia Weeks. Cassaro as the cartoonish and off-the-walls Cat in the Hat, was especially not afraid to engage the audience, whether by leading an auction with the crowd or finding a shoulder of an audience member to cry on, literally.

He was quite enthusiastic regarding his presence on stage and involvement in the production overall.

“It’s really relaxing to take a break from homework and goof around on stage for like two hours,” Cassaro said. “It’s a lot of fun to mess with other people and play off their energy, and I always love playing with the audience, too.” He revealed that his role in the production came quite naturally to him.

In contrast, the cute, cartoonish bird Gertrude struggled accepting her natural identity as she tagged alongside Horton in his adventures. Played by College senior Chelsea Walton, Gertrude played a major role in the comedy associated with the play. From her stubbornness in unnaturally blossoming tail feathers for show rather than usefulness to her writing her “Love Song for Horton,” her charades illustrated the childhood that much of the audience associated with this play. Her development reflected that of the inner child that resonated with many in the audience.

The director of the show, College senior Gracen Gilmore, explained her motivations for choosing to put this show together.

“Ad Hoc traditionally does rock musicals, and some of these rock musicals have very adult themes, but I wanted to do a show that was [a for-] all-ages show because we haven’t done one in the four years that I’ve been here,” Gilmore said. [quote_colored name=”” icon_quote=”no”]”That way, people who maybe have family members who haven’t been able to see them and the shows they’ve done in the four years [that] they’ve been here, will get to see them [perform] and have that opportunity.”[/quote_colored]

Overall, the show resonated well with adults and children alike.

“The egg with the elephant inside definitely reminded me of Dr. Seuss!” Francis said, as she smiled and laughed about the absurdity of the final scene with her friend, College freshman Isaac Andrade, who was a part of the ensemble. Andrade proudly admitted that being a part of the show “was the pinnacle of my freshman year.”

The cast repeatedly elicited laughs, excitement, and feelings of childhood innocence that came together for a memorable show. Of all the events you can go to over the next week, this is one that I recommend. “Seussical” runs through April 18 at the Burlington Road Building. 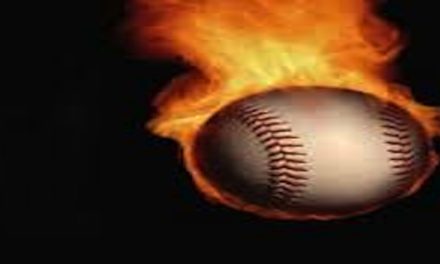 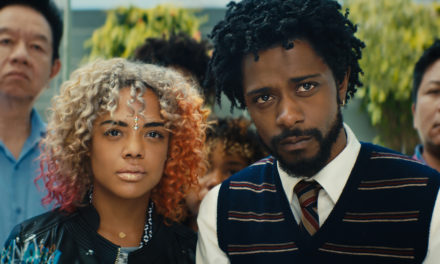 Summer 2018 Brought the Heat to the Movies

‘The Boss Baby’ is Mildly Entertaining