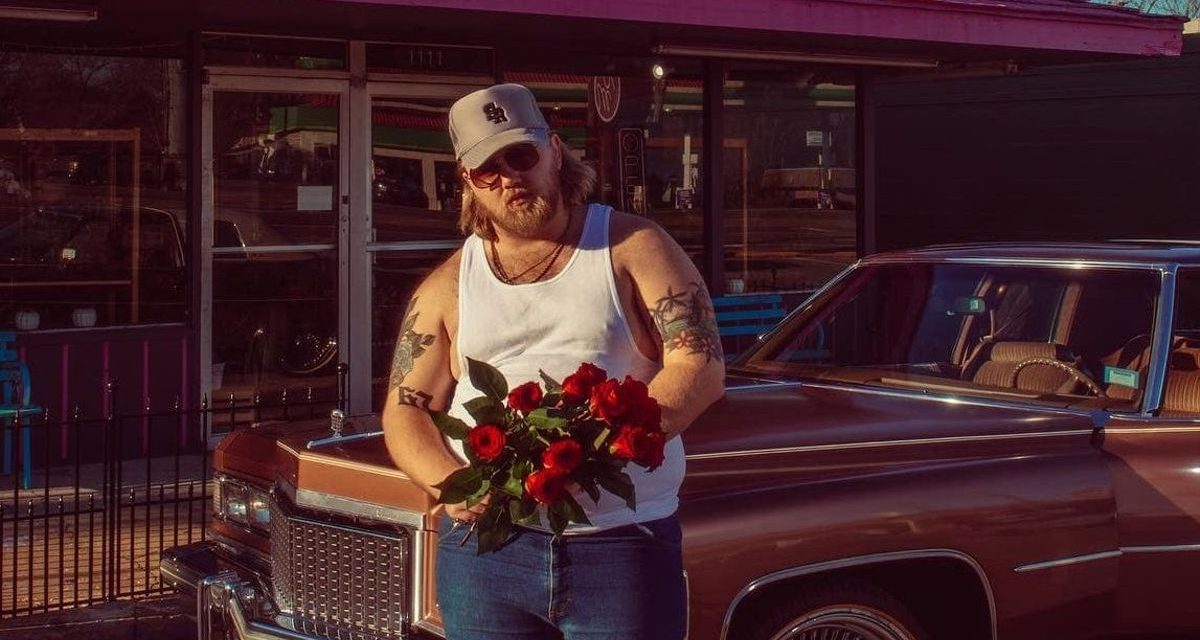 Aptly named for an album released at the precipice of spring, Ernest’s March 11 album “Flower Shops” feels more like embracing a pollen-filled gust of wind than inhaling a fresh floral aroma.

Yet the teary-eyed effect is what makes the album so intriguing. Ernest’s sophomore album is a sonic and lyrical departure from his hip-hop stint in 2017 and Virgin Islands-inspired debut album, “Locals Only,” in 2019. In “Flower Shops,” he trades his take on tropical-country love songs for a more traditional country album, infused with harmonicas, fiddle and acoustics, as well as sentiments of lost love. The album is also contrary to his latest non-album single, “American Rust,” which is a nostalgic ballad to small-town love and lifestyle, engulfed by the platitude that things get better with time. However in “Flower Shops,” Ernest conveys that time can’t heal all wounds.

In the title track and debut single, which serves as the centerpiece of the album, Ernest contends that time can’t always fix the maladies in a relationship. Rather, when all else has failed and the relationship is all but over, the only thing left to do is visit a flower shop. Ernest eloquently conveys the extent of issues in their relationship when he sings, “Mister, I’ll take your roses/ if you cut off the thorns, she can’t take no more.” 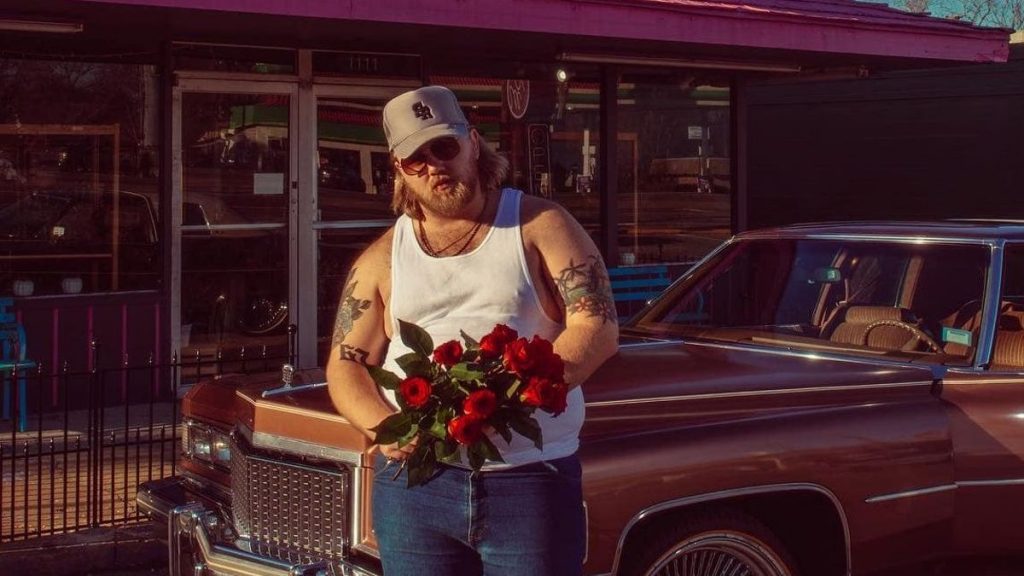 The debut single features Morgan Wallen, which is his first country song appearance since his racist language scandal in February 2021. In this song, Wallen is likely singing about his failed relationship with his ex-fiance. He sings, “And I took up drinkin’ since she took the time/ To tell me I took the best years of her life.”

Wallen is referencing the origins of his troubled relationship with alcohol, the same issue he attributed, in part, to his utterance of the N-word and his subsequent admittance to rehab. Wallen implicitly responds to the 2021 controversy for the first time via music through the country song, with his more established fan base being able to notice the references.

The idea of a troubled relationship persists throughout the album, with the tracks chronologically exploring the contributions to and aftermath of the “flower shop” phase. “Sucker for Small Towns,” the opening track, details the relationship’s commencement during a late night cruise through a two-lane town. Alone, this track is nothing more than a cheesy country love song where a guy starts falling for a girl before he eventually leans in for a kiss. The song’s generic lyrics can be applied to an array of romantic relationships, and thus it is not a necessary chapter for the story to begin.

Ernest’s dive into specificity and clever wordplay — which is typical in his songwriting — is better seen on the following track, “Tennessee Queen.” Elvis Presley references are diffused throughout the song to detail Ernest’s relationship: While Ernest vows to love the girl tenderly, the girl’s affection for him makes Ernest feel like a king. In one of my favorite moments, Ernest sings “These cowboy boots are blue suede shoes,” further extending the Elvis metaphor and adding a charming distinctiveness absent from the first song. “Tennessee Queen” would have been a worthier opener for the album than “Sucker for Small Towns.” The song’s first stanzas detail Ernest buying a house, or acres of “graceland,” for him and his partner. Here, they are explicitly starting their life together, and all of the subsequent tracks depict how their life unfolds.

By track four, “Feet Wanna Run,” Ernest begins to ruminate on the troubled state of his relationship and grapples with whether he wants to continue in a relationship he understands will ultimately fail. This song shows more nuance than most top-charting breakup anthems, which either reminisce on a past girlfriend or fail to show any strife during the relationship by suppressing memories. Ernest transcends the evasive binary. In “Feet Wanna Run,” Ernest uses contrasting images to display both the persistent tensions between him and his lover as well as his internal conflict of whether to stay in the relationship.

Ultimately, he still loves the girl, so his “heart wants to stay,” but he logically knows better, making his “feet wanna run.” My favorite lyrics in this song are “If you love somethin’/ You gotta let it fly/ Every time I spread my wings/ I change my mind.” For better or for worse, these lines allow me to experience a sense of confusion like Ernest endures regarding his relationship, as it’s hard for me to exactly discern the contradictions in these lyrics. The diverging methodical lyricism in this track is what makes it so enjoyable compared to breakup songs by his counterparts.

Reiterating the integrity of the track “Flower Shops,” by about mid-album, Ernest’s relationship saga climaxes with this song. There’s no chance of the couple getting back together, and Ernest is not just dejected by the state of the relationship, but also by how vulnerable he has made his girlfriend. The girl is now a brittle vase that will shatter with just one more prick from a flower’s stem.

An album formatted in chronological order also paves way for character growth, adding the greatest — and maybe the only — sense of intrigue to “What It’s Come To.” Within two songs following “Flower Shops,” Ernest is able to recognize that his love isn’t working out. Maturing from his denialist stature, he stops succumbing to doing all in his power, like buying every flower in sight, to make the relationship work. But the lyrics are comparatively vague and generic compared to other tracks. Ernest turns to liquor, admits that he loved the girl and aims to see where the relationship went wrong. Maybe the indistinctiveness is purposeful. Maybe Ernest is striving to parallel the lyrics and the relationship — that just like this song, the relationship was ultimately nothing special. Regardless, this track lacks impressiveness and is unnecessary, compromising the overall quality of the project.

In the final track of the album, “Some Other Bar,” (barring the acoustic version of “Flower Shops”) Ernest finally seems to be over the relationship and in a position to find another girlfriend. Admittedly though, Ernest appears to have trouble making a lasting connection. He sings, “From the second that you walked in/ That goodbye was just the beginnin’ of me wishin’ on a midnight star/ That I’d see you/ At some other bar, some other Friday.” I’m always a fan of circularity, and while Ernest is not leaning in for a kiss with a new girl while driving down a two-lane road, he is once again falling for a girl, hoping to see her at another bar soon. He even mentions that he’ll be “stealing kisses in a whole new crowd.”

Undeniably, Ernest is desperate to find a new love amid an uncertain future. But he executes this through repeating the cycle of his past relationship, leaving me with a sense of uneasiness and frustration. And like how eyes water when emerging from a gust of pollen-filled wind, so do mine by the time the album ends.