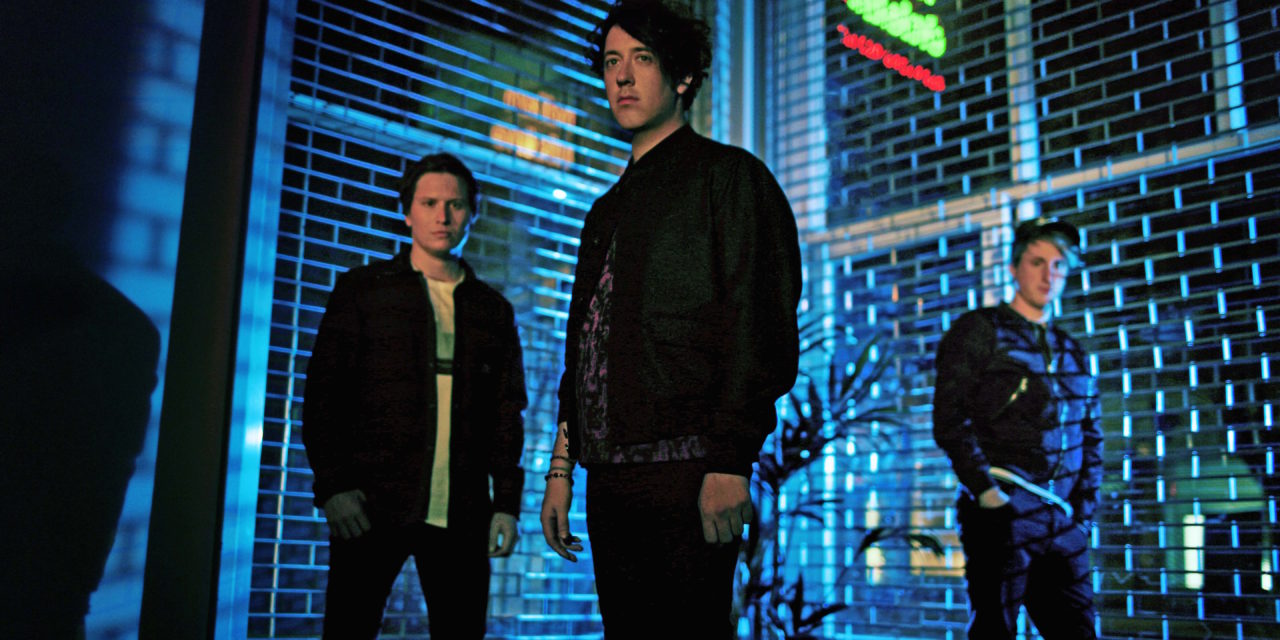 If English indie rock band The Wombats manages to find some free time on their upcoming U.S. summer tour, the trio might start a food blog. “We were actually considering making a food blog for bands,” bassist Tord Knudsen told the Wheel in a phone interview. “For where to eat on the road.”

His inspiration? The Infatuation, a food blog that began in 2009 when then-record label executives Chris Stang and Andrew Steinthal started documenting and reviewing the restaurants to which they took clients for dinner. Knudsen, a strong proponent of brunch — Europeans don’t know how to prepare a proper, hearty brunch, he said — is a fan of exploring both food and cities, and asked for popular restaurants and favorite spots of Atlanta locals.

Knudsen, lead singer Matthew Murphy and percussionist Dan Haggis have had their fair share of moments when they needed a good place to eat on tour, especially after 13 years of performances and live gigs as The Wombats.

The band met at Liverpool Institute of Performing Arts, which was founded by Paul McCartney and Mark Featherstone-Witty, and began releasing EPs in 2004. Since then, they’ve crafted three albums of catchy indie rock tunes, maturing from the grungy alternative rock and pop punk sounds of their debut to songs full of pulsing synth beats and infectious hooks to which one can’t help but sing along. The lyrics on their most recent album, Glitterbug, revolve around the trials and tribulations of modern romance; Murphy wrote about his relationship with a girl whom he met in Los Angeles.

The Wombats will perform in Atlanta at Center Stage Theatre on June 21. The Emory Wheel spoke over the phone with bassist Tord Knudsen about their origins, evolution over the past 13 years and the best food while on tour.

Julia Munslow, The Emory Wheel: What’s the origin of the name “The Wombats?”

Tord Knudsen: It’s kind of a silly joke that we had at the beginning. We started just calling each other — like saying you’re stupid — “You stupid wombat.” [It’s] a joke between the three of us. When we had our first gig, the promoters needed a name for the poster and Dan [Haggis] decided to call us “The Wombats,” and it [has] stuck since that moment. There was planning to change it, but we never changed it. I honestly like it.

EW: You met at the Liverpool Institute of Performing Arts. What advice would you give to aspiring musicians who are still in school?

TK: My advice is just to do what you love and focus on the music and try to enjoy that as much as possible. And not focus on the end goal — never have that. Popular culture these days is very focused on the “I wanna be successful,” but I think the main thing to focus on is just doing the music and enjoying that; try and make good songs. Try and get better [at] performing live, get better at doing what you do and try to really enjoy [it] on the way as well.

That’s kind of what we did. We never had a goal of where we wanted to be, and it kind of just happened organically. We were lucky, as well, things going the right way and [working] out. It took four years from when we started playing until we got signed. Definitely a lot of gigs and a lot of songs and a lot of recording sessions and working around the U.K. That’s just a part of it. [It] makes you appreciative when people actually start showing up for your show.

EW:  Glitterbug just turned one year old. What was the creative process behind that album like?

TK: It was kind of different [from] the other two albums. For the first time, we were kind of living in different cities. We had been in the same city [for the production of the other albums]. I was living in Liverpool, Murph was between London and L.A. and Dan was in Paris a lot of the time. We had to start some ideas separately, like Murph would write a song in L.A. or I would work on something in Liverpool or Dan would work on something in Paris or we would meet in Liverpool or L.A. A lot of the ideas came out of just the musical idea; one of us would have started separately, and then we would meet up to finish the idea. We learned how to use the technology to our advantage. We’ll have to do that on the next album [as well], but at least we’ve been through it and know that it works.

EW: Even though you are living in these different cities, will Liverpool always be  a special place for the band?

TK: Of course. That’s where we met — in Liverpool. Murph and Dan are from Liverpool. They moved away to London and Paris. For me, I’ve lived in Liverpool for 13 years. We wouldn’t have been a band if it wasn’t for meeting in university in Liverpool. It is such a great city for music with a lot of musical heritage — great venues. There’s a lot going on, and a lot of things to be inspired by as well — songwriting, cool studios or other bands — it’s a really cool scene in Liverpool. So it’s definitely important for us.

EW: After being together as a band for 13 years, what does it feel like to look back on your first album?

TK: It feels like a blur. Next year, that’ll be the 10-year anniversary for Girls, Boys and Marsupials.  [We were] quite young and naive, I suppose, and it was like everything was new, everything was the first time: the first time we did an album in a proper studio, working with a producer [for] the first time, the first time we played gigs abroad. Everything was new. Obviously now we’ve done it a few times; [we have] a third album. The third time doing it around again, we learn from our mistakes about what we should and what we shouldn’t do, a lot more of what we like, our tastes and all the inspiration. How things have changed musically, and playing a lot live you get so much better. And for the three of us, getting so many places together, as well, musically and personally. It’s like a marriage, really.

EW: What’s it like to return to cities to perform for tour?

TK: I think coming back to a city like Atlanta, like last time we played, and playing a big event or a different venue, that [it’s] always really inspiring just to see how things have progressed. Maybe we haven’t done that much since we’ve last been there, but somehow it’s grown. Atlanta, I haven’t actually seen any of it. I’ve only seen the area where the venue is. I would love to see more of it. So hopefully we’ll get some time to explore some of the areas.

We eat good food, that’s one of the good things about touring, as well. We get to try all of the restaurants around. We were actually considering making a food blog for bands for where to eat on the road.

EW: Do you have a place you would start the food blog?

TK: We always try to find a good spot — there’s a really good food blog I’ve been using quite a bit called The Infatuation. It’s an American food blog  —  it’s basically two guys from a record label who used to take out bands all the time, and from doing that they started reviewing all the restaurants, and it was just only in New York and now it’s kind of expanded into this nation-wide food blog. I use that a lot, it’s really helpful. But it doesn’t cover all — for example, Charlotte, North Carolina. [It’d be great to have] a blog that covers the whole world for bands.

EW: What’s been the best place to eat?

EW: If you were to describe your music with a piece of art, what would you choose?

TK: Something from Picasso. Kind of very weird and mixed up, having loads of influences, whether it’s guitar music or [electronic] music. It’s kind of confused, and I guess his art is kind of confusing. A combination of things in one piece, and it’s colorful. I don’t know which one, but one of [Picasso’s pieces].

EW: What should we expect from a live show?

TK: There will be a lot of energy. There will be a mixture of old songs, new songs. Hopefully it’ll make people — it’ll put them in a good place, [it’ll] make them smile and bounce. That’s the plan, anyway.