Now that Obama won the Presidency for four more years, the hate filled campaign ads will stop, the divisiveness of this particularly election will fade, and the nation will go back to having one strong, united identity.

Twenty states are now petitioning the White House to grant them withdrawal from America so the states can start their “own NEW government[s].”

If some of these states seem a bit out of place, it could be due to the fact the only requirement for starting a petition is being above 13 years of age (yes, that means some of the signees can’t even vote).

So far only Texas has reached 28,000 signatures, right above the required 25,000, to warrant a response from the President, but more are appearing likely to do so in the next couple of days.

As a Texan, I’m fairly opposed to the idea of secession.

First, Texas currently has the largest number of uninsured residents, according to a Gallup poll published in March of this year, right at 27.6 percent.

If any state could benefit from Obamacare, it would be us.

Second, our first President would be Rick Perry, and after his showing in the primary race, we all know he is not fit to run a country.

Finally, it would make going home for breaks a major hassle, seeing as I have a propensity to forget my passport.

But look at this from Obama’s perspective; in Texas alone you have a state that has senators and representatives who are uncompromisingly opposed to your policies, a state with the second highest of electoral votes in the presidential election, and a state where 23 percent of the citizens believe you are a Muslim, according to a University of Texas poll.

In the past, petitions have seen mixed results. One asking for the White House beer recipes was greeted with success, while one demanding marijuana legalization was not.

Even if this would be in the President’s best interests, these petitions will follow suit of the legal pot and be “totally cashed.”

That’s because, as the Civil War taught us, secession is a bad idea.

It severely limits the strength of the nation economically, militarily, socially, and in every other sort of power a nation can hold.

The fact that people are asking for such an outrageous request shows just how this election, with all the attacking campaign ads, harmed the sense of unity amongst Americans throughout the nation.

Given time, hopefully these angry and vitriolic sentiments will fade from the hearts and minds of Americans and we can go back to being “one Nation…indivisible.” 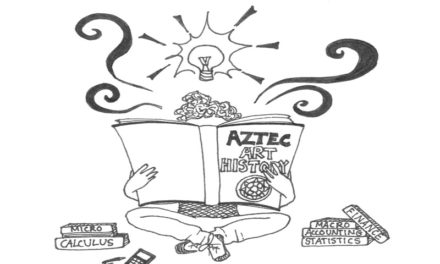 Valuing the Process of Learning

The Good and the Bad: Republicans’ CPAC