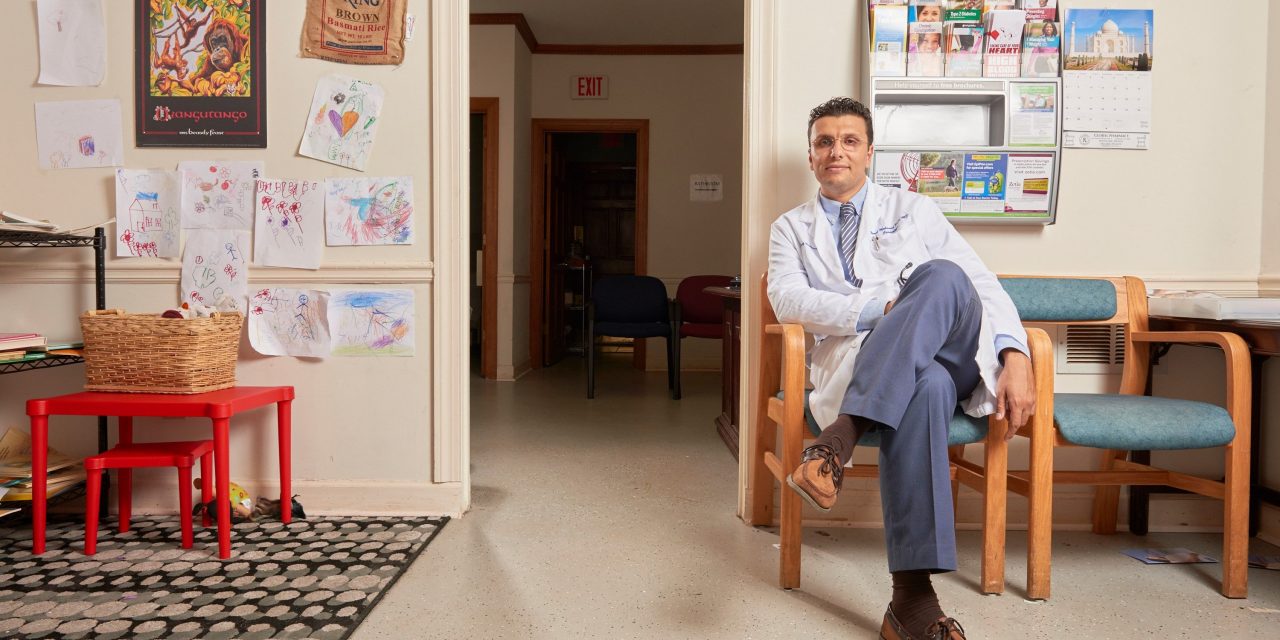 As ethnic Kurds, Kelli and his family experienced discrimination and oppression in Syria, which forced them to flee the country in 1996. Despite having to work 40 to 50 hours a week as a dishwasher in Atlanta, Kelli completed his cardiology fellowship at Emory School of Medicine on June 30, 2020. He now plans to use his experience to provide opportunities and mentorship to low-income pre-medical students. 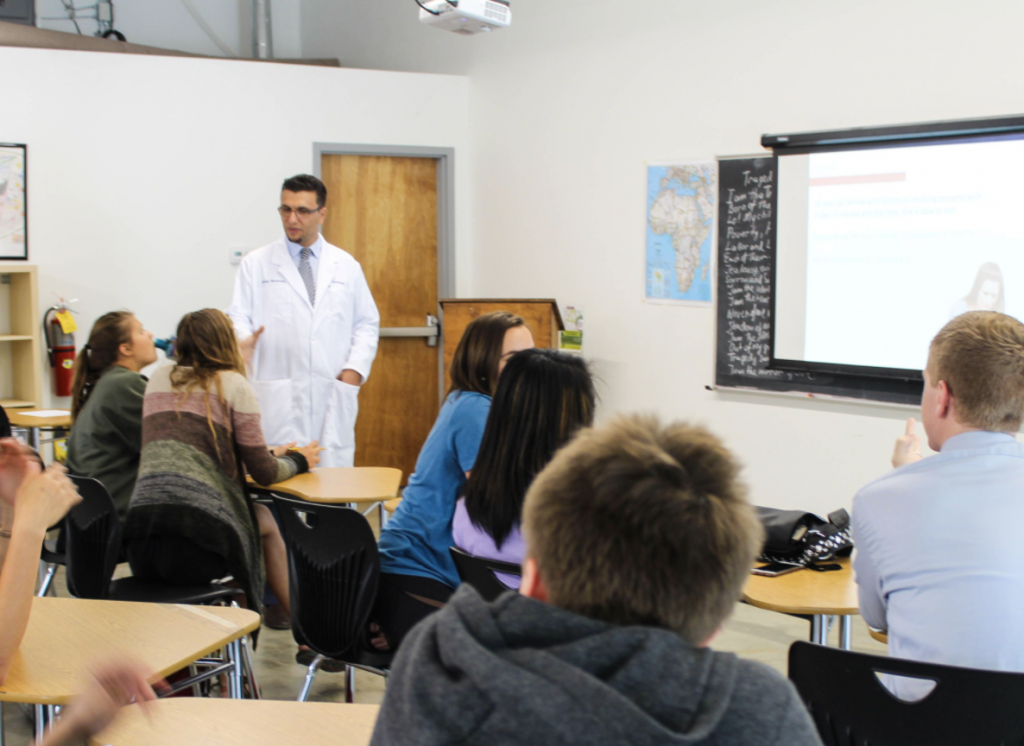 The Young Physicians Initiative, which mentors around 300 high school and college students each semester, connects aspiring physicians from underserved communities with medical students who offer guidance. Kelli and his medical student volunteers meet with the mentees once or twice a month to help them build a plan to achieve their future goals.

In 1996, Kelli’s family escaped to a refugee camp in Germany, where they lived for five years before being denied permanent asylum. They then made their way to the U.S., arriving at Clarkston, Georgia, just two weeks after Sept. 11, 2001. Thousands of miles away from Syria, Kelli said that not having his extended family was incredibly difficult.

While being a refugee means losing everything — a homeland, family, childhood friends, jobs and more — the pursuit of knowledge remains. Moved by the rampant violence and health issues he witnessed in his community, Kelli decided to pursue a career in medicine to heal those afflicted by preventable heart disease.

“When I lived there, there were two reasons why an ambulance came into our neighborhood,” Kelli said. “It was either someone got shot or someone had a heart attack. So that really made an impact on me.”

He enrolled at Georgia State University as a pre-medical student in 2002. During his undergraduate years, Kelli’s family struggled financially and he started washing dishes and cleaning restrooms full-time to make ends meet. Kelli single-handedly supported his family until his mom began work at a daycare his sophomore year.

Kelli’s financial burdens exacerbated challenges in applying to medical school. He studied on bus rides between home, school and work. He recalled being ashamed to shadow doctors because he couldn’t afford a stethoscope, which averaged around $200.

Nevertheless, he persisted and earned admission to the Morehouse School of Medicine (Ga.) in 2008. His financial hardships there, however, continued to set him apart from others.

“I had to share a room with my brother when I was in medical school,” Kelli said. “We didn’t have enough room for two beds so whoever came home first would get to sleep on the bed that night.”

Less than 10% of students come from the lowest income bracket, according to the Association of American Medical Colleges. Kelli noted that these students also struggle with being unable to connect with professionals.

“It’s about having the ability to network,” Kelli said. “If you live in a poor community, your neighbors are not doctors or physicians.” 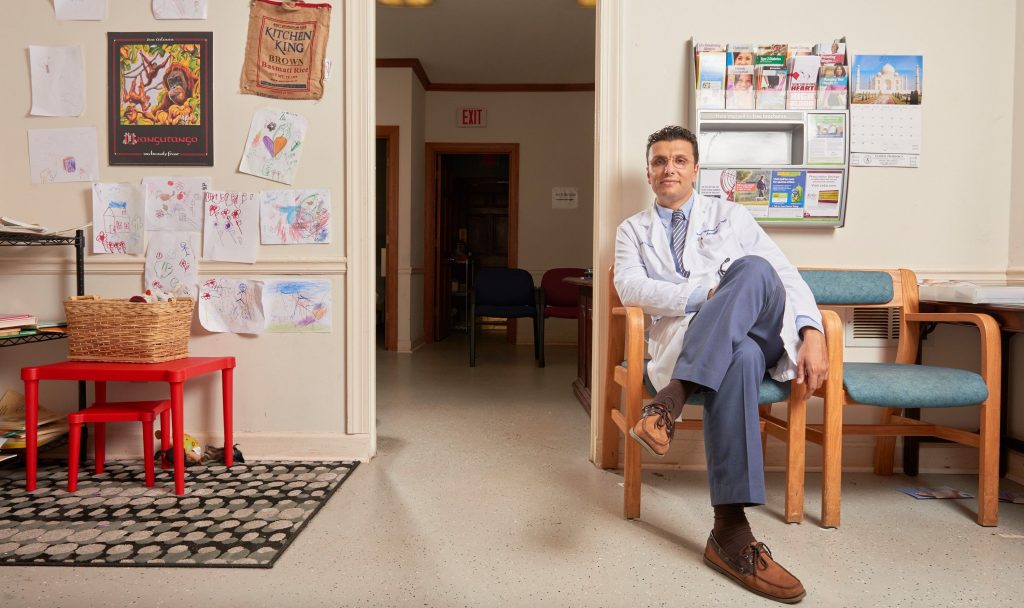 On June 30, Kelli completed his cardiology fellowship at Emory School of Medicine./Courtesy of Heval Kelli

Kelli graduated from Morehouse in 2012 and from Emory’s Internal Medicine Residency Program in 2015. He then became a Katz Foundation Preventive Cardiology Fellow at Emory and completed his fellowship on June 30 from the Emory School of Medicine, one block away from where he used to work as a dishwasher.

Alan Amedi (24M) is one of the students who Kelli has supported through his initiative. Amedi first met Kelli in the first grade, while Kelli worked as an after-school teacher at the International Community School, a public charter school in Decatur servicing refugees and immigrants.

As the son of refugees, Amedi said he never imagined that he could one day become a physician, but Kelli’s story inspired him.

“He is my mentor and has been a role model for refugees and immigrants all over the United States and Kurds all over the world,” Amedi said. “He motivates and inspires everyone he meets. It’s easy to feel hopeless when there’s so much working against you, but when you hear about someone like [Kelli], it gives you hope.”

Abdallah Obaidy (20C), another mentee, said Kelli offered him guidance when no other physician would.

“I kept thanking him for the opportunities he provided for me to prove myself, and I still do,” Obaidy added. “But one time he looked at me and said, ‘No need to thank me. We are equal. We are partners.’”

As his organization grows, Kelli practices as a cardiologist in the Northside Hospital Cardiovascular Institute in Atlanta, hoping to primarily serve his hometown’s residents. Whether he’s working as a cardiologist, mentor or dishwasher, Kelli just wants to “be remembered for giving back and making an impact.” 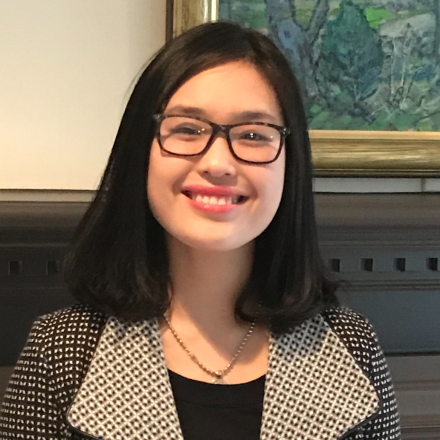 Hannah Chong (22C) is from Tulsa, Oklahoma, majoring in Sociology and Italian on a pre-law track. Outside of the Wheel, she enjoys scouring for horror movies, thrifting, reading and taking cat naps.