A Professor’s Secret: The Man Behind the Screen 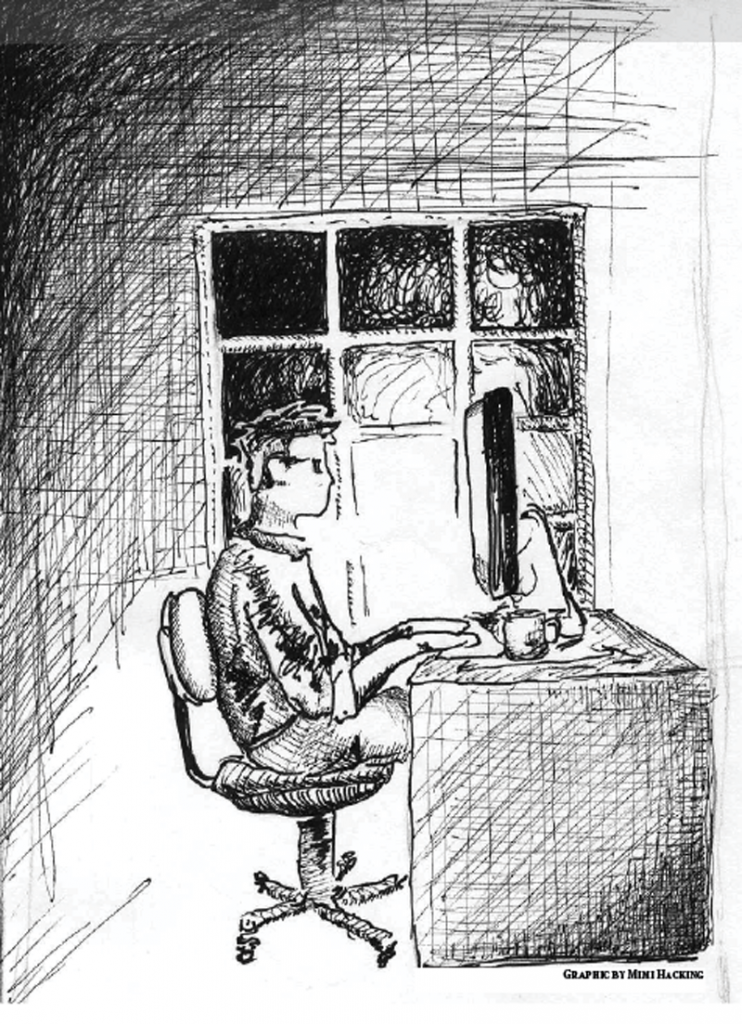 If you’ve scrolled through the Emory Secrets page in the past two months, you’ve probably seen them: mysterious posts numbered and titled “A Professor’s Secret.”

The posts, which range from personal stories to advice to students, have been the page’s most popular recurring feature.

Their most challenging question: how well do you know the people teaching your classes?

We talked to the man – whose name and departmental affiliation will remain unnamed – behind the page to learn more.

What made you want to start posting?

I thought that this could be a good venue to talk about some issues that many times professors don’t talk about with their students. The topics that I teach are very limited, so it is hard for me to reach a ton of people.

So, I posted the first secret, and a ton of people read it and responded to it. I didn’t have an intention to do something that would last for 45 posts. But I figured, if I can reach out to more people and give them advice, why not?

Do you think Emory Secrets in general has been a positive thing?

I have to applaud the people [who] run the page. I don’t know who it is, and frankly it doesn’t matter to me that much. I know the page has helped me to reach out to people who would have never taken my classes.

I’m not a counselor, but I think that I’m able to help a few people, and I’m not the only one.

If Emory Secrets provides people with that resource, then it’s a good thing.

Have there been moments when you’ve wanted to reveal your identity and reach out to students?
Yes, there have been. I’ve reached out to a few people who have commented on my posts. There are about 10 people who know who I am.

Why are you keeping your identity a secret?
So long as I am anonymous, I can be anyone for the people who read this. And the thing is, it doesn’t matter who I am.

I’m not sure if someone in field X would be inclined to get advice from a professor in field Y, that is completely unrelated to what they’re studying. You just have to find that one professor you connect with.

Like any relationship, you need to find someone you click with. So many professors are so great at doing this, even if they don’t seem like the most amazing teachers. You could be not a great teacher and be really good one-on-one. It’s in the best interest for your future to have as many people supporting you as possible. So, you know, get out there.

Do you think a lot of professors are open to the kind of interaction you’re talking about?
I can’t speak for others. All I can say, is I know there are others like me. I’m hoping that there are many more that I don’t know about.

I feel that at least some professors believe that there needs to be a certain boundary that is not to be crossed between professors and students.

The difference is in the interpretation of these boundaries.

Some people are hesitant about talking to professors about the kinds of problems that are discussed on Emory Secrets, you know, relating to abuse and depression and issues like that. Some professors feel that either it’s not their duty or it’s too much information.

It’s not that some professors decide to be a**holes. There are actually professional dilemmas here in how people define their boundaries.

Somewhere, there have to be boundaries. I personally love my job the way I do it, and with the relationships I develop with my students.

What’s been one of your favorite interactions you’ve gotten to have through your posts?
Because I’m anonymous, frequently it’s a one-way interaction. I post something and I get comments – and I read all of them. Some people have suggested that I do some sort of meeting or talk where I expose myself and talk to students.

I may not be at Emory for long, but at least I got to reach out and help people. I’m hoping at least in the coming semester, I get to meet more people, but who knows.