A Look Back on the 2020 NFL Season: Who Prevailed? 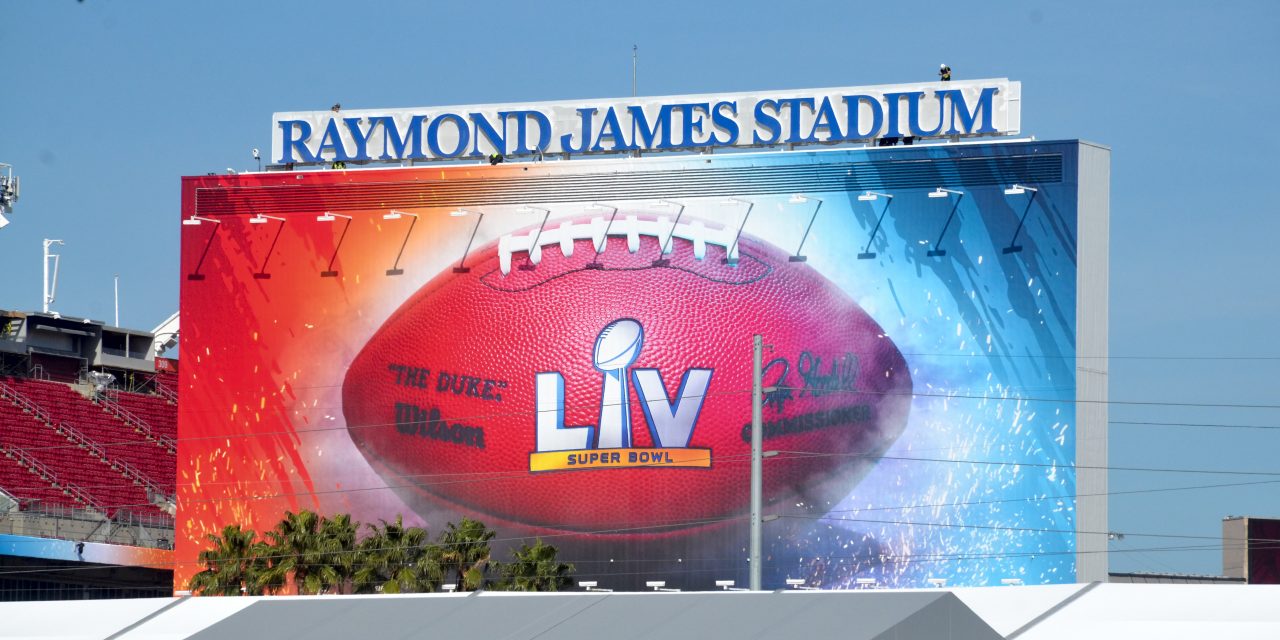 Prior to the start of this year’s NFL season, I previewed the upcoming season. Now that Super Bowl LV between the Tampa Bay Buccaneers and the Kansas City Chiefs is fast approaching, a look back at how those predictions played out is in order.

This NFL season, of course, was unlike any other as the league worked through challenges of the pandemic. While many teams played in empty stadiums, teams in states with looser pandemic guidelines, like the Buccaneers and Chiefs, had some fans in attendance as early as Week 1. The home-field advantage may have certainly played a role in each team’s path to the Super Bowl, but both the Buccaneers and the Chiefs are made up of so much more. 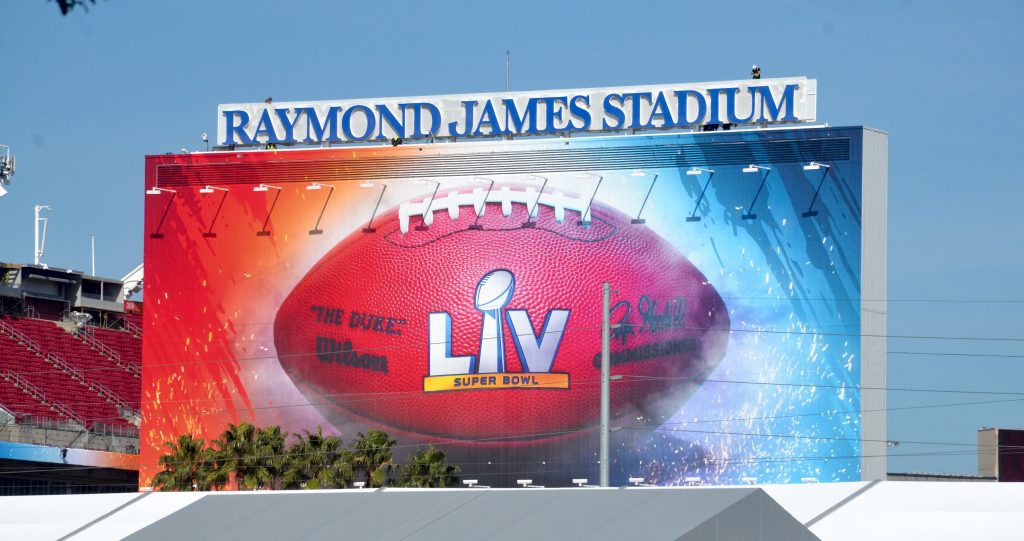 Raymond James Stadium in Tampa Bay is decked out in Super Bowl LV decorations ahead of the big game. (Wikimedia Commons/Doctorindy)

In September, I projected the AFC would be led by the Chiefs, Baltimore Ravens and the Buffalo Bills. I’m proud to say these teams didn’t let me down. Each team made the AFC divisional round of the playoffs, and the Bills and Chiefs faced off in the AFC championship game.

Quarterback Patrick Mahomes led the Chiefs to a 14-2 record and the No. 1 seed in the AFC. Mahomes’ chemistry with receiver Tyreek Hill and tight end Travis Kelce was not affected by the offseason as their high-powered offense once again was near the top of the league in points and yards again after last year’s Super Bowl-winning squad. Defensively, Pro Bowl safety Tyrann Mathieu finished the season with six interceptions and led the Chiefs’ secondary.

What was not as easy to predict was the rise of the Bills, which I did. Buffalo won the AFC East with a 13-3 record and secured the No. 2 seed in the playoffs. Quarterback Josh Allen had a breakout year, throwing for over 4,500 yards and 37 touchdowns while also using his mobility to rush for eight touchdowns. Allen and wide receiver Stefon Diggs also built a phenomenal connection in Diggs’ first season in Buffalo as he finished the season with 127 receptions and over 1,500 receiving yards, the highest marks in the NFL.

Although the Ravens didn’t win the AFC North, they were able to beat the No. 4 Tennessee Titans on the road in the playoffs to reach the divisional round. Ravens quarterback Lamar Jackson had an up-and-down season and ultimately got hurt against the Bills in the playoffs, sealing Baltimore’s fate for the season. The Ravens’ defense impressed all season long and finished with the second-fewest points allowed.

Over in the NFC, I made a terrible yet completely avoidable mistake: I underestimated Buccaneers quarterback Tom Brady. While I rightfully predicted that the New Orleans Saints would beat out the Buccaneers to win the NFC South, I did not give them enough credit given the talent on Tampa Bay’s roster. At 43 years old and in his 21st NFL season, Brady and his reign of success are far from. Brady has made it a habit to prove doubters like myself wrong.

I also foresaw the Saints and Seattle Seahawks as the NFC’s front runners. Although both teams won their respective divisions, neither was able to make it to the conference championship game. The Saints’ explosive offense shined throughout the season. Running back Alvin Kamara had an impressive season and even set an NFL record for most rushing touchdowns in a game with six against the Minnesota Vikings.

However, the Saints were held up by the Buccaneers in the playoffs in part because Drew Brees didn’t look like the elite quarterback he once was. Brees was hurt for a large chunk of the regular season with multiple rib fractures and a collapsed lung. He came back for the playoffs, but his injuries clearly affected his performance. He threw three interceptions and for only 134 yards in their playoff game against the Buccaneers. The Saints are at a crossroads this offseason as rumors swirl about Brees hanging up the cleats for good and the team faces severe salary cap issues.

The Seahawks’ elimination from the playoffs was due to similar reasons as the Saints’ — inconsistent quarterback play. Russell Wilson started the season in MVP discussions as he threw four or more touchdowns in the first three weeks of the season and began the season on a five-game win streak. Yet Wilson’s passing yards per game significantly decreased as the season went on, and he finished the season with a career-high 13 interceptions. In the playoffs, the Los Angeles Rams defeated Seattle 30-20 in a game where Wilson was only able to get wide receiver DK Metcalf involved in the offense.

Lastly, I didn’t think the Green Bay Packers would be able to return to the NFC championship game. In last year’s draft, the Packers selected a quarterback in the first round and did not take a wide receiver, a position for which many thought they were desperate. But quarterback Aaron Rodgers and wide receiver Davante Adams proved me wrong. Adams caught at least one touchdown pass from Rodgers in nearly every game since Week 7 and rode Adams’ stardom and strong offensive line play to make a run in the playoffs.

Given all of the twists and turns of this NFL season, my predictions rang true through the end. Whether it was a veteran quarterback proving his resolve or an underrated team making a postseason run, this season was a great reminder that in sports, anything is possible. Next year will be even more exciting to predict under more normal circumstances.