For all of Ireland’s dominance at the Cheltenham Festival over the last decade or so, day two’s feature race, the Queen Mother Champion Chase, is one outing in particular that has very rarely favoured the Irish trainers and horses. The fact that Willie Mullins, who has 74 Festival winners to his name at the time of writing, is yet to win the race is about as much evidence as you need that the Irish have little luck in the Champion Chase.

In fact, in the last 10 years, just one Irish trainer has triumphed in the Grade 1 race, and that man is Henry de Bromhead, who, after this year’s Festival, now has an impressive three Champion Chase victories. Often, his horses have had to win from left of field, but you can’t fault his effort.

So, without further ado, let’s delve a little deeper into the racecards and dig out all three of the Irish trainer’s victories in the prestigious race. Read on to find out more!

12 months on from his victory in the Arkle Challenge Trophy, Sizing Europe swept aside the rest of the field to win the 2011 edition of the Queen Mother Champion Chase. With Andrew Lynch in the saddle, the de Bromhead-trained horse set off as a 10/1 shot in the sports betting odds. However, it was a fantastic run which saw Sizing Europe romp home over the line five lengths clear of his nearest competitor Big Zeb, who was a much shorter 3/1 shot. Pre-race favourite Master Minded (2/1) was someway back in the field.

Special Tiara ended five-straight years of English dominance, mostly fronted by Nicky Henderson, in the Champion Chase in 2017. Mullins-trained Douvan was the heavy favourite at 2/9, but it was a poor showing from the Rich Ricci-owned horse and Ruby Walsh in the saddle. Nonetheless, Special Tiara took advantage of the favourites no show. Noel Fehily and the 11/1 shot gained a two-length victory by the last. However, it turned out to be a much closer race than expected as Fox Norton pilled on the pressure up the hill, but Special Tiara was able to hold on by a head.

Like in 2017, it was a Mullins-trained horse who was heavily expected to land a victory in the Champion Chase. Chacun Pour Soi was the odds-on favourite, but it was Put The Kettle On at 15/2 who provided a shock victory for de Bromhead for the second year in a row. In 2020, the seven-year-old stunned the field to win the Arkle as a 16/1 shot, and for that reason it was no surprise that she stormed past Chacun Pour Soi up the hill to get over the line in first place. In doing so, Put The Kettle On also became the first mare to win the Champion Chase.

“She gave some fantastic jumps,” Aiden Coleman said. “Three out, she was all wrong but she just threw herself at it and made ground up. It wasn’t ideal – but it’s just testament to her ability. She had two horses either side of her, and she just wasn’t getting passed.” 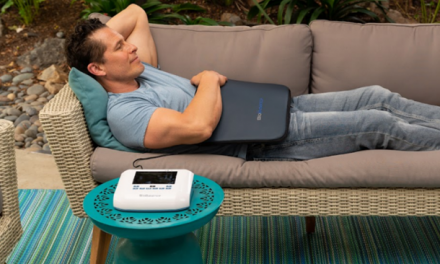 What Should I Do With My Junked Car?