A Link to the Future 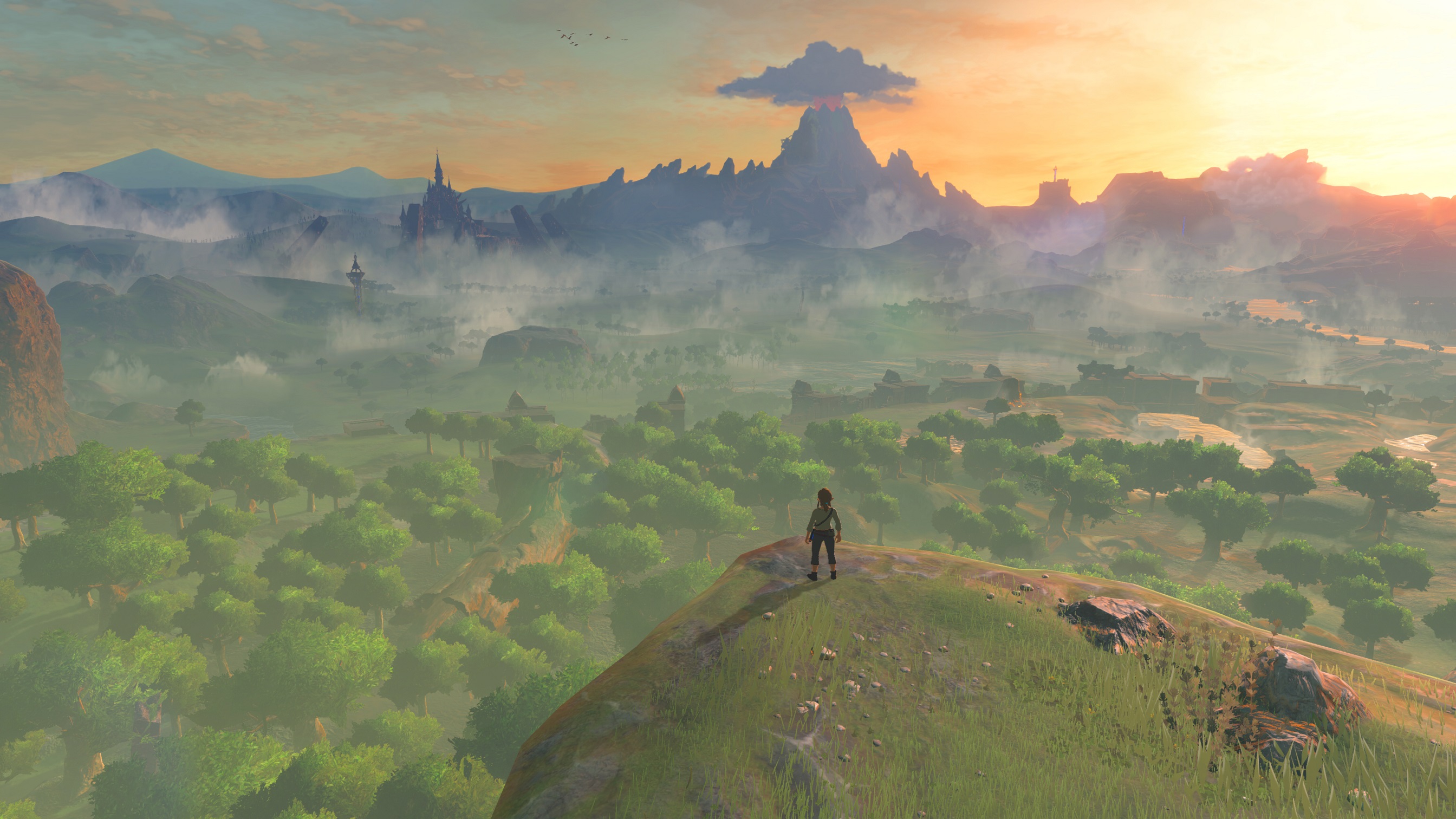 As a skinny little boy, I first ventured into the land of Hyrule while playing The Minish Cap. I was introduced to a simple and colorful world filled with quirky characters, clever puzzles and hidden secrets. More than anything, the game presented the indescribable spirit of adventure that I would find in all subsequent titles in the franchise. As I lined up outside the Nintendo World Store in New York City waiting to buy Breath of the Wild after its March 3 release, I kept my fingers crossed and hoped it would live up to the quality of its predecessors. Breath of the Wild has not only successfully lived up to all of its lofty expectations, but it has also somehow left me even more spellbound than I could have anticipated.

With so much hype surrounding it, Breath of the Wild had huge shoes to fill — on one hand, it had to remain true to its Zelda roots and maintain previous games’ witty charm and gorgeous world designs. On the other, it had to change up its standard formula to appeal to both veterans and newcomers alike.

The sheer size of the overworld is the most advertised feature. Recently, we have been greeted by a slew of sandbox games that formulated large, empty worlds with only an illusionary vastness (looking at you, Far Cry Primal). Breath of the Wild’s world, while expansive, at no point feels empty. Every nook and cranny of this incarnation of Hyrule is packed with secrets, be it a rare weapon in a Bokoblin base camp or a hidden fountain that houses a Great Fairy. Rather than offer similar, repetitive tasks akin to No Man’s Sky, all of the different things to do in Breath of the Wild feel unique.

The gameplay’s nonlinear nature means you can go about your adventure in any way you like. If you prefer to take the scenic route, Shrine puzzles and side quests entertain you before you advance to the main story. If you are a deranged speedrunner, then feel free to attempt the final boss within your first hour of gameplay. No two Breath of the Wild experiences will ever be the same.

The world’s intricate design is paired with perfectly nuanced game mechanics. Although past Zelda games have been a bit hack-and-slash, Breath of the Wild is the first game in the series to introduce a durability mechanic that is similar to the likes of Minecraft. Every weapon, be it a humble stick or mighty Thunderblade, breaks after a certain number of uses, which makes you think twice about blindly running into an enemy base, in no small part due to the fact that enemies are significantly stronger than in the past. The nonlinear gameplay means that if you wind up on the wrong side of Hyrule at night, there is nothing stopping a cyclops from killing you in one hit. Durability, food gathering and cooking make resource allocation and planning more important than in previous iterations of the game.

It is also important to note that this is not only the most gorgeous Zelda game, but one of the most beautiful games I have ever played. Forgoing a more realistic artstyle for en plein air cel-shading, Breath of the Wild’s graphics constitute a work of art not unlike a Studio Ghibli film. Within the first few minutes of playing, you look at the land of Hyrule from atop a cliff as Link, the legendary main character throughout the entire franchise, appreciating everything’s minute details, even the blades of grass. At times, I would slow down my journey just to take in the sheer beauty of the remade Hyrule, highlighted further by a minimalist, piano-heavy soundtrack with a hypnotizing charm that allowed me to fully immerse myself in the world.

The sound not only shines in the music, but also in the new element of voice acting, which gives the player an emotional investment in the plot nonexistent to this extent in previous titles. The choked-up voice of Zelda in one cutscene almost moved me to tears, whereas the arrogant lecturing of Revali in another cutscene did an excellent job of infuriating me.

Characterizing this game as merely a sum of impressive technical elements does not do it justice. More than anything, Breath of the Wild exudes an adventurous spirit that reminds me of the first time I ever played a video game; I was amazed by the even simplest of the myriad elements it presented. Whether you’re a veteran gamer or a newcomer, I implore you to get yours hands on this masterpiece.