A Guide to Emory’s Farmers Market 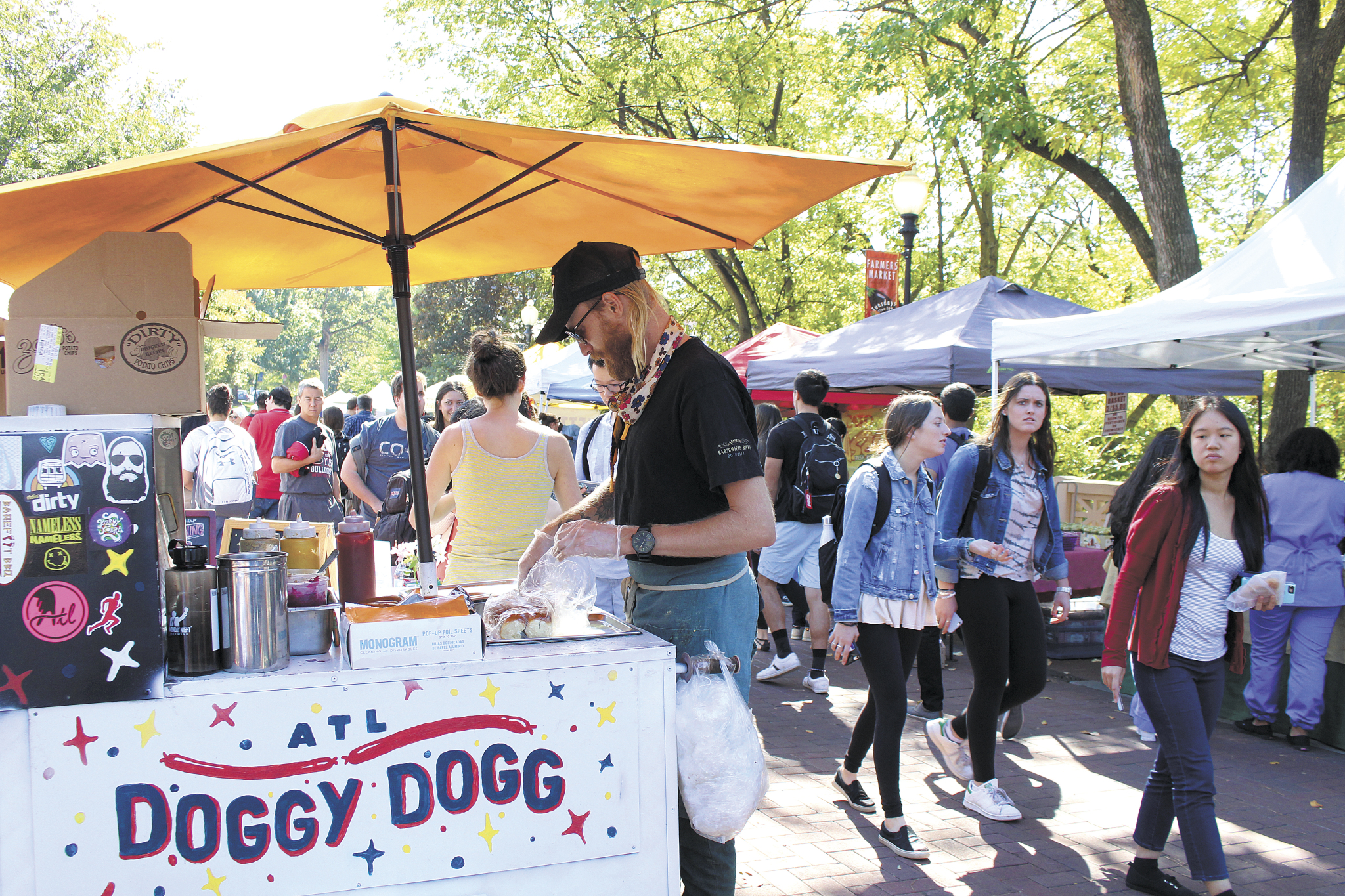 Established in 2008, Emory’s Farmers Market takes place Tuesdays from 11 a.m. to 3 p.m. on Cox Hall Bridge. Sponsored by the Office of Sustainability Initiatives, the farmers market has grown from seven vendors to over 20.

With over 20 vendors, it’s hard to pick one to visit, so here are some of the highlight vendors.

Blue Donkey Coffee: Blue Donkey is a longtime favorite and typically has some of the longest lines. Though Starbucks is just down the Quad and Kaldi’s litters the campus, Blue Donkey can always be found in the hands of students on Tuesday afternoons. In the sweltering Atlanta fall heat, iced coffee is the best way to go. With options from the classic Blue Donkey Original to the boldly flavored Four 65 iced coffee, it’s hard to choose, but the Chocolate Brigadeiro is definitely a winner.

Castle Rock Honey: Castle Rock Honey specializes in local Georgia honey. The service is friendly and always willing to explain the differences between the variety of organic honeys offered. A personal favorite is the Sourwood, which is a delicious substitute for sugar in my daily tea. The vendor also described the health benefits of honey to me; the darker the honey, the more antioxidants in it.

Revolution Doughnuts: Revolution Doughnuts is a tough rival to the South’s reigning doughnut shop, Krispy Kreme, and it’s clear why. All of Revolution’s doughnuts are baked rather than fried, and with inventive flavors– it’s no wonder that they typically sell out well before 3 p.m. The raspberry sprinkle and salted caramel are absolutely amazing; decadent and fluffy with bold, strong flavors, they really taste better than fried doughnuts. Though Revolution doesn’t promise to be gluten-free, they offer a low-gluten donut that is as delectable as the rest of them. Another plus: most of the doughnuts are also vegan, marked by a “V”.

Rey Martinez Cuban Cuisine: You don’t have to push through the long lines on your way to class to know the popularity of Cuban Cuisine — simply admire the number of students walking around with a plate full of plantains, rice, pork and beans. Martinez and his wife bring an exciting cuisine to Emory every Tuesday, not to mention plenty of smiles.

Doggy Dogg: One of the newest vendors, Doggy Dogg, a hot dog cart, is most definitely a competitor with Blue Donkey Coffee for the longest line at the market. Doggy Dogg’s theme is locally made goods: locally made hot dogs in locally baked bread, with locally sourced toppings. Hot dogs served with chips and Coca-Cola in glass bottles is a hearty and portable lunch and easily eaten on your way to your next class. With friendly workers, you are never uncomfortable asking questions about the food you’re ordering. And if you’re a vegetarian, Doggy Dogg offers a vegetarian dog that might actually be better than their all-beef hot dogs.

Correction (11/4 at 7:28 p.m.): The article originally misidentified the vendor Castle Rock Honey as Hidden Springs. The article has been changed to reflect this correction.