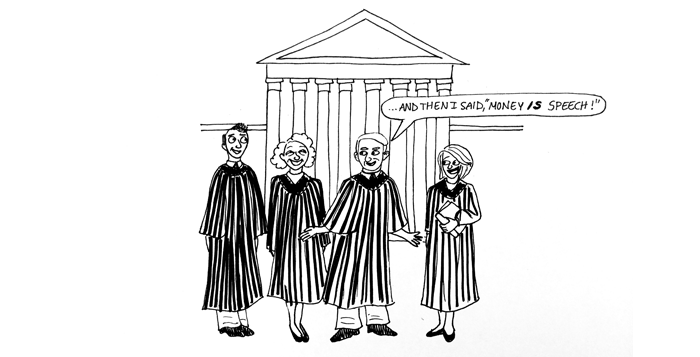 On April 2, the Supreme Court released their decision for the case McCutcheon v. Federal Election Commission. The Court ruled in a 5-4 decision that individual campaign donors may now give money to as many candidates as they would like. The decision was justified on the grounds that it is unconstitutional to cap the number of candidates to which an individual can donate based on freedom of expression rights of the First Amendment. Many commentators have criticized the decision as further enabling the American political system to be dominated by the ultra-wealthy. The American campaign finance system need not become this way. Many countries across the world have developed finance systems that are less subject to the influences of private money. In fact, American campaign finance is growing to resemble that of countries frequently criticized for inequality and corruption.

Money always has been influential in American elections. In fact, President Abraham Lincoln funded most of his campaign out of his own pocket. In recent years, though, the amount of money spent on campaigns has grown dramatically. Setting judicial precedent for the McCutcheon decision, in 2010, the Supreme Court radically changed the nature of American campaign finance in the landmark decision of Citizens United v. Federal Election Commission. The court ruled, also in a 5-4 decision, that corporations, associations and labor unions can donate as much as they would like to political candidates’ campaigns. This ruling was also made on the grounds that these donations are within these groups’ First Amendment freedom of expression rights.

Citizens United has already had a dramatic effect on the American political landscape in the four short years since it was passed. The decision allowed for the creations of Super Political Action Committees (PACs), groups that may engage in unlimited political spending on behalf of politicians or parties without directly giving candidates money. Individuals can give unlimited money to Super PACs. Since Super PACs cannot give the money directly to candidates, much of this money has been spent on vicious attack ads, debasing opponents’ character. As a result, in the 2012 presidential election, wealthy political donors wielded more political power then they ever have before in American elections. For example, Sheldon Adelson, a billionaire gambling magnate, donated over $94 million to Republican candidates in 2012.

McCutcheon effects have yet to be seen since it was just decided a few weeks ago. Commentators speculate that the decision may reduce the influence of Super PACs because it allows individual donors to give more money to campaigns without the Super PAC middleman, further empowering the ultra-wealthy. More importantly, the decision could set further judicial precedent that will enable the Supreme Court to abolish all individual spending limits for future political campaigns.

While commentators are uncertain of the effects that the McCutcheon ruling will have on American politics, we can get an idea of the effects by looking abroad. Many other countries actually have campaign finance systems similar to what the American system is becoming. In Brazil, individuals and corporations can spend almost unlimited amounts of money on elections, as long as it is reported to the government. Private campaign donations constitute the vast majority of political spending. In Brazil’s 2010 presidential election, almost 98 percent of President Dilma Rouseff’s campaign funds came from private corporations.

In Nigeria, campaign spending is also unchecked. Unlike Brazil, there is no real monitoring of campaign finance, so no one is quite sure of what exactly is going on. Despite uncertain details, it is certain that money plays a large role in politics, leading to tremendous corruption. In part from this murky campaign finance system, Nigeria ranks as the one of the most corrupt countries in the world. Transparency International, a nonprofit organization that follows global corruption, ranks Nigeria as 144 out of 177 ranked countries for transparency.

In addition to having campaign finance systems that enable large amounts of private spending, Nigeria, Brazil and the U.S. all have a high level of income inequality. In a global comparison of family income inequality of 139 countries based on the Gini coefficient, Brazil ranks 17th, the U.S. ranks 41st, and Nigeria ranks 47th. The Supreme Court decision in McCutcheon reflects this growing inequality, institutionalizing it in our political system. If such trends continue, the American political system is at danger of becoming merely representative of the interests of rich campaign donors rather than the constituents of varying wealth whom politicians are supposed to serve.

As the role of money increases in American politics, money’s role actually seems to be decreasing across the pond in the United Kingdom (UK). In the 2010 parliamentary election, 26 percent less money was spent than in the previous election in 2005. In contrast, over one billion more dollars were spent on the 2012 American election compared with the previous election in 2008. This represents a 19 percent increase.

While the British similarly allow unlimited spending on behalf of candidates, people spend comparatively little money. This is because there are fewer outlets for donors to spend their money. In the UK, political ads are prohibited on broadcast media, such as television and radio. The vicious attack ads that dominated television commercial breaks during the 2012 American presidential election are illegal in the UK.

Norway has taken an even more egalitarian approach to campaign finance. Like the UK, political ads are banned from broadcast media. But, unlike the UK, the national government funds most of the election in Norway. The Norwegian government funds 74 percent of political party income. This system is seen as a global model.

Rather than following the path of Nigeria and Brazil by institutionalizing inequality, the U.S. should attempt to reduce the role that money plays in American politics, like our transatlantic allies, the UK and Norway. While the Supreme Court has made its decision on McCutcheon, the American political system is not sealed to the fate of an indirect, campaign finance oligarchy. With sufficient public opposition to the government’s recent campaign finance policies, leaders may be forced to relent.

Opposition can also come from the same wealthy whose exuberant spending has been criticized in the campaign finance controversy. There is nothing stopping them from creating Super PACs opposed to Super PACs themselves and the heightened role of money in campaign finance – maybe you have to play the game to change the game. Such steps do not address the inequality that pervades the U.S., but they would at least lessen the power that the ultra-wealthy have over the American political system.

And Now for Something Completely Different… 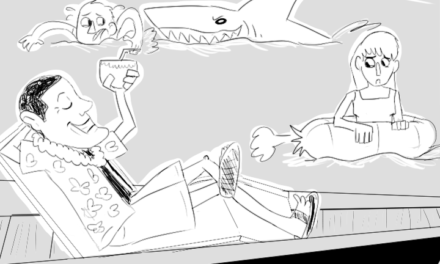 Message to Democrats: You Also Need a Face Lift