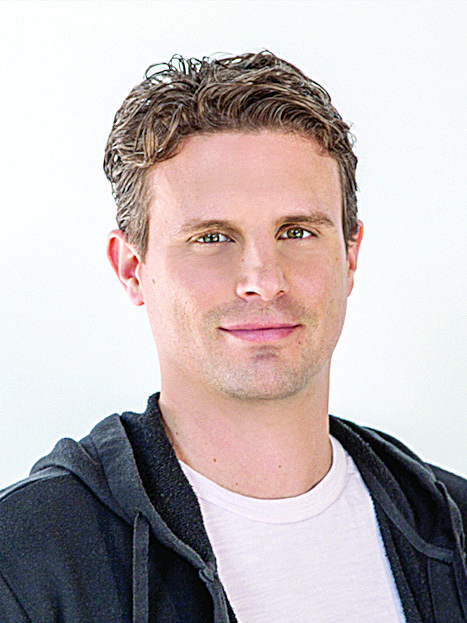 Michael Dubin, 2018 Commencement speaker and founder and CEO of Dollar Shave Club, was once a struggling history major at Emory who threw himself into extracurriculars. He held media and marketing internships, including positions at CNN, first with Showbiz Today and later with the Students’ Bureau.

After graduation, Dubin moved to New York, where he worked for eight years at several other media and marketing companies, including NBC and MSNBC, before he moved to California and founded Dollar Shave Club, a company that delivers razor blades and other grooming products to customers on a monthly basis.

The Emory Wheel spoke with Dubin about his struggle to succeed during college on a conventional path. He encouraged students to find inspiration and allow it to guide their paths.

When I got to Emory, I was not a motivated student. I was an uninspired student, which is to say I never really found academic relief … There were some classes that I gravitated [to] more than others, but I got a lot of value from my internships. Those experiences really set me on my course professionally. I really floundered as a student, and I’m grateful that I was able to find internships that I could learn from and that could guide me.

I had always worked either for start-ups or for smaller divisions within larger companies, because that allowed you to do more than you would be able to do if you took an ordinary job. I always liked that feeling of biting off more than you could chew, or having more responsibility than you could handle because it really [forced] you to learn, to figure stuff out quickly. I valued those experiences, [having] more responsibility than maybe just your job title allowed you to have.

I don’t know that I ever had any preconceived notions of who I was going to be or what my life was going to be like. I just followed my gut and did things that inspired me and excited me. In many ways, the fact that I was such a frustrated student and that I looked to other things has led me to this successful path that I’ve been on. I feel very lucky in some ways that I floundered as a student. I learned that if you find yourself uninspired, you have to go out and seek inspiration. That’s what I missed as a student. I think if I’d gone out to seek inspiration, I probably would have had a better time.

Find something that excites you, and do that. Even if you can’t really connect that thing to any career path, or class that you’re taking. Do things that you’re curious about, or inspire you. The goal at this stage of your life is to gain exposure to as many different things as possible. You can’t understand at this moment how doing that will help you on your path in life, but there are so many things that I just did because I was interested in them that ended up helping me in a real way on my journey in life.

I would say in many ways I’ve grown. I’ve had so many different experiences professionally and personally. I’ve gotten a chance to live on both sides of the country. I feel very lucky to have been able to do that. I would encourage everybody to try to live in a few different places before you settle down, especially at this time in America. I think it’s more important than ever to get exposure to different perspectives and viewpoints and geographic regions. [That] stuff’s really important for personal growth.

I think [Emory has given me] a lot of friendships and a lot of exposure to different perspectives, different people. The kind of people that I went to school with and were in [Pi Kappa Alpha] fraternity with me were a fairly diverse set of people. I got to know them really well. They were from all over [the country]. It introduced me to a global network of people.

You’re sort of told that you should go to college and get good grades, and that’s the purpose. If that was the sole purpose, then I certainly missed that … I think that the college experience for me was all about learning how to try to make smart decisions for yourself. I think that the only way that you’re able to confront the decision making process is when you’re faced with a decision and things start going well in a minute and not well the next minute. Nothing catastrophic happened to me at Emory, but college for me was about finding my own path. I couldn’t find my inspiration in the classroom, so I had to find it elsewhere. I look back at my time at Emory very fondly. It wasn’t a hundred percent positive all the time. It was a great preparation for the real world.