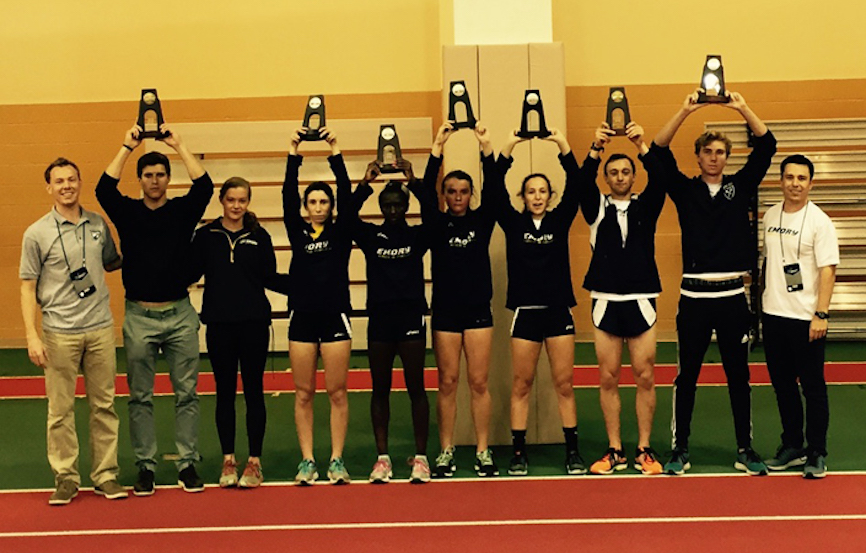 On the women’s side, the team of freshmen Dilys Osei and Ariana Newhouse and sophomores Julia Levanthal and Erica Goldman won All-American honors in the 4x400m relay. The relay team finished second in the event with a time of 3:52.33. They became the second Emory team to earn the honors in the event.

Senior Julie Williamson competed in the 800m dash as well, but her ninth place finish on Friday narrowly missed the cut for the final round. Williamson finished with a time of 2:14.18, less than two-tenths of a second away from eighth place and the chance to compete on Saturday.

The track and field team will now begin to focus on the outdoor season, which begins on Friday, March 18, at the Emory Invitational.