Neil Young’s grip has always been tight on Crazy Horse’s reigns. His new album Psychedelic Pill echoes his past music’s grungy crunch and proves that he still sits firmly in the saddle. While this album does not break any new musical boundaries, Young’s accomplished career gives him the right to shape his sound any way he chooses. Filled with raw, extended bare-boned rockers, the record makes a powerful statement of the group’s staying power in a musical milieu of poppy, computer-generated music. This Horse shows no signs of slowing down.

Young’s first original work with Crazy Horse since 2003’s Greendale, Psychedelic Pill is proof that these musicians can still pack a strong musical punch. Young’s backing band, consisting of bassist Billy Talbot, drummer Ralph Molina and guitarist Frank Sampedro are as integral to this album as the 66-year-old frontman.

This Horse is no winged Pegasus with a glimmering coat; it is an angry, mud-stained stallion ready to kick down anything standing in its way. The musical chemistry of the collective group stretches back to the 1960s. Such cohesion is evident throughout the record as the band tears through each song like a group half its age.

The 27-minute “Driftin’ Back” seems like a musical stream-of-consciousness as Young’s mind carries the listener back to the grunge days of 1990’s Ragged Glory. Opening with gentle acoustic guitar strums and Young’s warbling voice, the song soon drifts into a rowdy stomp. Such a lengthy track may seem self-indulgent, but serves as a celebration and resurrection of Young’s classic Crazy Horse material.

“Driftin’ Back” highlights the true appeal of Psychedelic Pill: Young’s guitar work. Musical ability is so often based on one’s technical flair; the speed of one’s notes correlates with their talent. Throughout his career, Young has shattered this false assumption. This album is no different.

Young’s blood, sweat and tears saturate the wood of his guitar. He is not the fastest player, but every growling or screaming note tells a story of its own. On each track, Young squeezes out every ounce of emotion during his fiery solos. Heavy distortion and feedback make his powerful sound that much more combative. How the guitar neck does not shatter into splinters under the weight of his playing’s raw power is Pill’s great mystery.

Fans of Young’s “Cinnamon Girl” will enjoy the heavy power chords and phaser guitar effect of the album’s title track. This is raw garage rock at its crude best. The song’s swirling sound may make one’s head begin to spin. For a moment, the listener wonders if they have indeed ingested a psychedelic pill.

The heavy-stepping “Walk Like a Giant” stands tall alongside Young classics such as “Cortez the Killer.” Young’s savage guitar roars like deep thunder and spits out piercing notes that shoot like lightning.

Molina pounds on his thumping bass drum to mimic a giant’s lumbering steps throughout the track’s final minutes. This song truly lives up to its name.

Such musical brutality on “Walk Like a Giant” and other tracks makes this album one of the group’s most aggressive collections of songs. Earlier this year, the group released the questionable Americana, a ragbag of American folk song covers. While Americana seemed to lack any significant purpose, the clashing cymbals and wailing guitars on Psychedelic Pill are a powerful declaration: “We still matter!”

Not only are Young and his Horse still relevant, but they also don’t give a damn what you think of them. This album does not bother trying to reel in new fans.

Raving enthusiasts of One Direction or Lupe Fiasco should look elsewhere. The group’s sound is too imbedded in their bones for them to worry about appealing to fans of contemporary styles. Young may be one of the last living hippies, but this album is a beacon that draws in the rest.

Despite its triumphs, Psychedelic Pill does not trump older Neil Young and Crazy Horse albums such as Ragged Glory and Zuma. However, this muscular record shows Young refusing to lie dormant even at this late stage of his career. “Worry that you can’t hear me now / And feel the time I took,” Young croons on “Driftin’ Back.” Don’t worry, Neil, your voice is as strong as ever.

Play this album so loud that your ears and speakers bleed. The Horse rides on!

Discovering Atlanta Arts, an Insight into the Stars 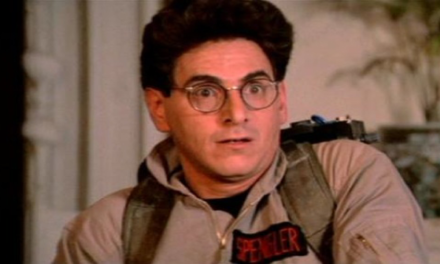 An Ode to Harold Ramis 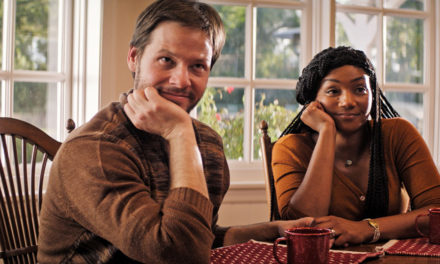 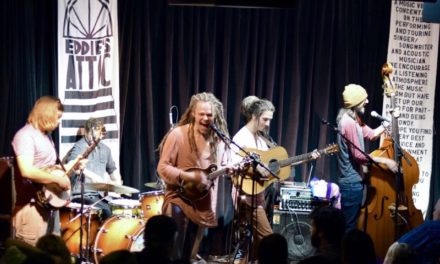 No ‘Illusions’ to The Way Down Wanderers’ Live Talent