One could assume that education has existed for about as long as humanity has. Education enables each generation to pass on their knowledge from generation to generation. It helps cultures to learn from the mistakes of their past as well as for people to have a history to look back on. However, education has really evolved, and there are some men and women who can be thanked for their contribution. Here are five men and one woman whose work has positively impacted education and changed how educators do things for the better.

Ivan Pavlov was a Russian psychologist. During his work with dogs, he discovered classical conditioning. He noted that if a bell was rung before dogs were given food, they eventually salivated to the bell tone as they associated it with food. Schools also use classical conditioning to some extent to encourage certain behaviors in students.

For example, the ringing of the bell in school notifies students about the beginning or end of sessions, so students automatically associate the tone with that. Similarly, students learn that when they raise their hands in class, the teacher turns their attention to them, and therefore they do this instead of just calling the teacher. His discovery is applied in schools to encourage students to behave in certain ways in certain situations.

Jean Piaget’s theory of cognitive development has been very useful in understanding how children learn. His theory debunked the common notion that children were not as competent in thinking as adults. He helped show that they simply think differently from them. His work has been used to design the curriculum for younger children basing it on how they think and learn.

Maria Montessori opened the first Montessori school in Rome. She was an Italian educator, physician, and innovator. Her educational method works with how children naturally learn. She studied pedagogy and tried to understand and question the methods used by educators in imparting knowledge on children with developmental and intellectual disabilities. She used scientific methods to observe and experiment with different teaching methods to uncover which ones worked best for these children.

Her work was so successful, she opened her own school, and today, there are hundreds of Montessori schools all over the globe. Her teaching methods, dubbed the ‘Montessori Method,’ are widely accepted worldwide.

This system is very common in the learning environment. When students perform well in their exams and quizzes, they are praised, encouraging the repeat of the behavior. On the other hand, a student who hits another student may receive punishment such as detention, suspension, or even time out. This punishment dissuades them from repeating the bad behavior.

Many people believe that rewards work better than punishments. There is also the common consensus that too many rewards lead to extrinsic motivation, and consequently, the person won’t do the right thing in the absence of the reward. To learn more about operant conditioning, you could use paper writing service to get a paper on the four ways operant conditioning can occur: positive and negative reinforcement and positive and negative punishment.

John Locke was an English man. He was many things, including an economist, a medical researcher, and a great philosopher. He had a view named ‘tabula rasa,’ which was the belief that the mind of children was a clean slate at birth and that knowledge was derived from the senses. He wrote in detail about how the human mind should be educated. He emphasized the importance of dressing, nutrition, exercise, and assessment, among other things in the teaching process. Many educators are of the view his work mainly applies to one-on-one teaching, but his contributions are still useful to them.

Albert, an influential social cognitive psychologist, is best known for the famous Bobo Doll experiment. His other contributions to education are the concept of self-efficacy, observational learning, and the social learning theory. According to the social learning theory, observation and imitation play a great role in how people learn. It was proved in experiments like the Bobo dolls experiment where children learned violence by witnessing others play violently with the dolls.

His theories helped move education from beyond the conditioning theories of Pavlov and Skinner and the cognitive theory of Piaget. Thanks to his work, many parents and teachers are taught about the effects of modeling the behavior they want in their children or students as they learn by imitating their behavior. In this sense, you could say that children are like sponges that soak up the experiences around them.

As you have seen, there are some great minds that have changed how people, especially educators, impart knowledge on children. You can see the application of these theories everywhere, from positively reinforcing students to how children with special needs are taught. Each of these individuals, in their way, has helped us understand how best people learn, and the education system owes them a great deal of gratitude. 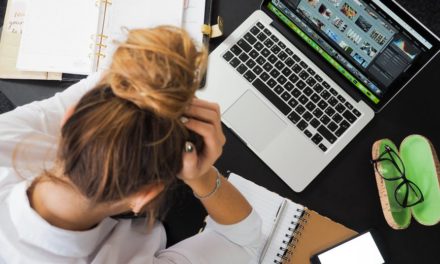 Studying Medicine: 9 Things You Should Know

Is it Worth Rebuilding a Second Hand Motorhome?