The Grammy Awards is the premier night in music, featuring the year’s best artists, songs and albums, and this year did not disappoint. From odd and sometimes uncomfortable artistic groupings to performances that caused chills, the 57th Annual Grammy Awards was full of surprises.

The evening opened with a high octane performance by AC/DC. First, the group performed “Rock or Bust,” which was energetic and upbeat. However, their second song, classic “Highway to Hell” was a crowd pleaser. The pyrotechnics, and the devil-horn clad audience members proved that a good song can never really go out of style.

From there, the host for the evening, hip hop artist LL Cool J, commented that the night was only going to go up, and he was right. The first award of the evening, presented by Taylor Swift, was for best new artist. Given the nominees, the choice was obvious to me, and the Grammy went to Sam Smith.

If there had to be one winner for the evening, it would be Smith, who took home four awards (Best New Artist, Best Pop Vocal Album, Song of the Year and Record of the Year).

Smith also had one of the best acceptance speeches of the night when he claimed his award for record of the year, saying, “Thank you to the man I fell in love with and who broke my heart, you won me four Grammys.” Not only did Smith clean up the awards, but his performance of his hit song “Stay With Me,” was one of the best of the evening. Smith performed with Mary J Blige and together, the two were a powerhouse duo of soulful tones and crystal clear high notes.

Some of the other great performances of the evening belonged to Ed Sheeran, Adam Levine, Gwen Stefani and Beyoncé. Sheeran performed his hit song “Thinking Out Loud” with John Mayer on guitar and backup vocals.

Though there was a great mix from country to rock, Sheeran’s performance was one of the first slower songs of the evening — and it definitely set a high bar.

Levine and Stefani also had an incredible performance that wowed both audience member and viewers at home. They sang “My Heart Is Open” and became emotional, closing their eyes and appearing to really and truly feel the gravity of the words they were belting out.

As Stefani swayed from side to side, she and Levine combined their voices to create a beautifully haunting harmony.

Another strong performance goes out to Queen B. Has Beyoncé ever not had a good performance? She walked on stage in a gorgeous white flowing dress to sing “Take Me Home Precious Lord,” and she was amazing as usual. Beyoncé also took home a Grammy for Best R&B Song for her hit “Drunk in Love.”

While we are talking about Beyoncé, she was passed over in favor of Beck for the coveted Album of the Year award.

Just as Beck reached the stage, Kanye West could be seen in the corner of the screen looking like he was heading up to the stage à la MTV Awards 2009 when he rudely interrupted Swift’s acceptance speech claiming that Beyoncé deserved the award for Best Female Video.

Though it appeared as though West was trying to make light of the 2009 situation, he later stated in an interview on E! that he was serious and then reconsidered.

This attempted interruption at the Grammys was distasteful and awkward; one would think that West would have learned better by now.

The Grammys are known for their incredible music performances; often, it’s more about the performances than who wins the awards.

Despite all of the performance greatness that is usually present at the Grammys, this year there were a few moments that didn’t live up to their expectations.

One of the biggest setbacks was the odd artist pairings that seemed and sounded out of place. The most off grouping of the evening was Rihanna, West and Paul McCartney. The trio performed Rihanna’s song “Four Five Seconds,” and McCartney just did not fit in. West and Rihanna were singing and dancing together, getting incredibly into the performance, while McCartney was just standing off to the side playing guitar.

On the whole, the Grammys were a great run-through of this past year’s music, the good and the bad. Though the show lasted three and a half hours, all the awards, performances and awkward moments will leave viewers replaying the songs over and over again in their heads. 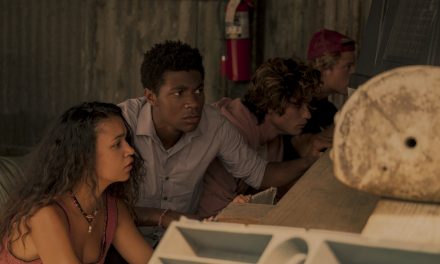