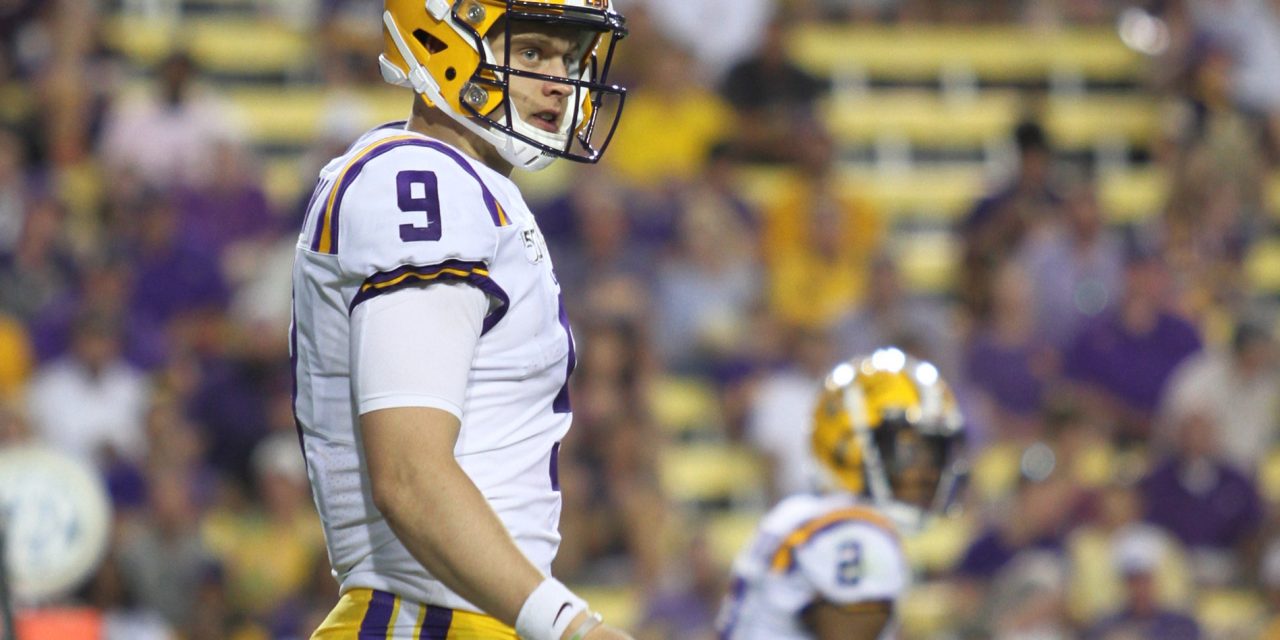 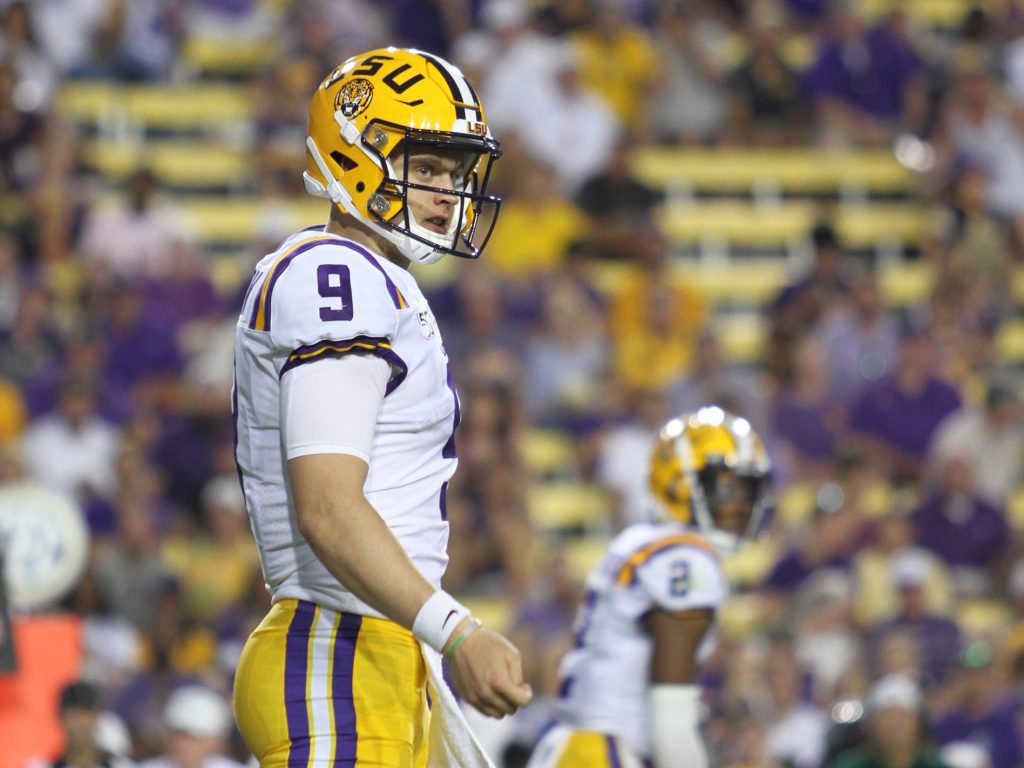 A record number of eyes were on the NFL as the draft was the only live sporting event that has happened since the outbreak. Surprisingly, the smoothness of the event exceeded the expectations of many fans, players and teams.

For the prospects in the draft, this event recognizes their hard work and commitment to their craft and also represents a new beginning at the professional level. Across three days, 255 players’ dreams came true by being drafted to one of the 32 teams in the league. Over 100 more players that went undrafted signed with teams. All prospects will tentatively head to their respective training camps in mid-July to fight for a spot on their team’s final 53-man roster.

NFL Commissioner Roger Goodell hosted the draft like he normally does, but this year, he did it from his basement in Bronxville, New York. The NFL did everything they could to replicate the feeling of a typical draft, with fans showering Goodell with boos through a TV screen. Throughout the first two days, fans from each team were shown in their homes cheering on their teams.

Most head coaches, general managers and draft prospects had live cameras set up in their homes to give fans a glimpse of their draft-day setups. It was a welcomed addition to the draft, as many entertaining moments and wealth flaunting occurred on live television.

Arizona Cardinals head coach Kliff Kingsbury’s modern mansion trended on Twitter after the joint ESPN and NFL Network broadcast showcased him relaxing on his couch. Dallas Cowboys owner Jerry Jones was drafting for his team from his $250 million superyacht. Los Angeles Rams head coach Sean McVay was next to his pool with a view overlooking the city. Second night viewers caught a glimpse of New England Patriots head coach Bill Belichick’s dog, Nike, sitting in Belichick’s chair and staring at his computer.

Families of NFL coaches and executives were able to share in the excitement of draft day, which they are not normally able to do. New York Jets head coach Adam Gase’s children ran around behind him during the draft. Tennessee Titans head coach Mike Vrabel’s children stole the show with various costumes as the Titans made their first-round selection. One child was wearing his dad’s Pro Bowl jersey, another dressed as a superhero and another seen from a window reflection appeared to be sitting on a toilet. Vrabel addressed this and indeed confirmed his son was sitting on a stool. Miami Dolphins head coach Brian Flores put his young children on the phone with new franchise quarterback Tua Tagovailoa after he was drafted. Moments like these made this unprecedented draft all the more memorable.

The live footage of the players also added to the excitement and thrill of the draft. San Francisco 49ers first-round pick Javon Kinlaw’s dad could be seen rolling off his couch in excitement after his son was drafted. Titans first-round selection Isaiah Wilson immediately hugged his girlfriend, but his mother quickly separated the two to embrace her son.

Under normal circumstances leading up to the draft, team officials start their days at team facilities early in the morning and end them late in the evening. With everything happening virtually, the families were able to be closer to the action than ever before. Some even suggested that a similar arrangement would be better for everyone in future years, though the draft will be in Cleveland next year and in Las Vegas in 2022.

During the televised event, the NFL also hosted the “Draft-A-Thon” to raise money for COVID-19 relief efforts. Current and former NFL players and celebrities appeared on the live stream throughout all three days of the draft. Notable participants included comedian Kevin Hart, Hall of Famer Deion Sanders and quarterback Tom Brady. Charities such as Feeding America, Meals on Wheels, The Salvation Army and the American Red Cross benefited from the donations, which totaled over $6.6 million after the three days.

While the circumstances were far from ordinary, the NFL and television networks that made it possible for the draft to occur deserve an A+ for their production of the event.

Aside from the grandeur of the event itself, a deeper analysis of each team’s picks reveals five teams benefited significantly more than the rest.

The Bengals won the draft after they selected former Louisiana State University (LSU) and new franchise quarterback Joe Burrow first overall. Scouts across the league called the Ohio native a “once-in-a-decade prospect” with phenomenal leadership skills that were on display as he led his team to the 2020 national championship. All fell into place perfectly for the Bengals here as it was the appropriate time to move on from quarterback Andy Dalton and bring Burrow back to his hometown.

On day two, the Bengals used their first selection to get Burrow some help. They added Clemson University (S.C.) wide receiver Tee Higgins to play opposite of Pro Bowl wide receiver A.J. Green. Higgins is more than capable of making big plays and is adept at tracking the ball down the field. These two receivers, plus Joe Mixon in the backfield, will pose a serious threat to other teams. University of Kansas offensive tackle Hakeem Adeniji was also selected on day three to help protect Burrow in the pocket.

In the later rounds, the Bengals boosted their defense. They added three linebackers on days two and three and also selected University of Notre Dame (Ind.) defensive end Khalid Kareem to provide depth up front. The Bengals should have all the pieces they need to build as a team and look at a playoff run in the near future.

Prior to the start of the draft, reports came out revealing that Jones, Dallas Cowboys’ owner and general manager, would draft unilaterally without anyone’s oversight. In past years, Jones has made questionable decisions in the draft, so Cowboys fans were understandably nervous after hearing the news. After this year’s draft, however, Cowboys fans should consider letting Jones draft alone every year.

With the 17th overall pick, Dallas selected University of Oklahoma wide receiver CeeDee Lamb. Lamb was great at Oklahoma and was many scouts’ top-ranked wide receiver in this draft class though two others went before him. Jones was shocked to see Lamb still on the board so deep into the first round, so he pulled the trigger and selected Lamb, who was the sixth best player on his draft board. Lamb is able to make acrobatic plays downfield, and his game will translate well to the next level. Lamb will help out quarterback Dak Prescott and line up with Pro Bowl wide receiver Amari Cooper on the field.

On day two, the Cowboys selected University of Alabama cornerback Trevon Diggs 51st overall and Oklahoma defensive tackle Neville Gallimore 82nd overall. Diggs was a lock-down defender in college and fills a void left open by cornerback Byron Jones after he signed with the Miami Dolphins during free agency.

The Cowboys also had a very productive day three, adding University of Tulsa (Okla.) cornerback Reggie Robinson II and University of Utah defensive end Bradlee Anae to help the pass rush. The biggest steal in the draft for Dallas was University of Wisconsin-Madison center Tyler Biadasz, whom they drafted in the fourth round. Dallas traded with division rival Philadelphia Eagles to move up and select Biadasz with the last selection of the fourth round. Biadasz fills a huge gap left open after Pro Bowl center Travis Frederick, a fellow Badger, retired from the NFL last month. The Cowboys have had success with Wisconsin centers, and they hope Biadasz brings the same skill to their already talented offensive line.

Broncos general manager and Hall of Famer John Elway clearly had one goal entering the draft: recruit as many as possible to help quarterback Drew Lock. Denver used their first two selections on talented wide receivers. Wide receiver Jerry Jeudy was drafted first at 15th overall from Alabama and Penn State University receiver KJ Hamler was selected next at 46th overall. Jeudy has great route-running ability and great acceleration, while Hamler brings speed to the position. Elway also selected Lock’s former University of Missouri tight end Albert Okwuegbunam on day three to strengthen the depth and chemistry of the offense.

LSU center Lloyd Cushenberry dropped to the third round, and the Broncos took him at 83rd overall. Cushenberry did a phenomenal job protecting Burrow in college, and there is an immediate spot for Cushenberry to fill for Denver after they declined their starting center’s option from last season. Four-time Pro Bowl cornerback Chris Harris Jr. was not re-signed in free agency, so the team selected University of Iowa cornerback Michael Ojemudia to replace him.

Denver improved most on the offensive side of the ball to bring Lock help in hopes of beating the defending Super Bowl champion and division rival Kansas City Chiefs in the near future.

The Colts did not have a first-round pick this year after they traded for San Francisco 49ers Pro Bowl defensive tackle DeForest Buckner last month. However, the Colts still had an effective draft as they built around newly acquired veteran quarterback Philip Rivers.

University of Southern California (USC) wide receiver Michael Pittman Jr. was selected 34th overall, bringing much-needed strength and size to the offense. Seven picks after Pittman, the Colts traded up and drafted Wisconsin running back Jonathan Taylor. Taylor broke former running back Herschel Walker’s NCAA record for most rushing yards in his first three college seasons and established Wisconsin as a dominant force in the Big Ten. Taylor will line up in the backfield alongside Marlon Mack, with whom Taylor will form a formidable duo.

In the fourth round, the Colts selected University of Washington quarterback Jacob Eason as a potential future replacement for Rivers. Eason will have at least one valuable year learning from the veteran quarterback on the bench. The Colts’ draft shows that they are in a win-now mode for this season while also being cognizant of the team’s future.

Miami made 11 selections total during the 2020 NFL Draft, including five of the first 56. The Dolphins’ dream selection, Tagovailoa, fell to them at fifth overall. Despite his decorated resume, teams passed up on Tagovailoa due to his recently discovered and lengthy injury history. Tagovailoa came in at halftime, led Alabama to the 2019 national championship and finished his career with numerous Alabama and NCAA records.

The Dolphins also secured USC offensive tackle Austin Jackson to keep Tagovailoa on his feet and hopefully prevent future injuries. They also added the 324-pound University of Louisiana at Lafayette offensive tackle Robert Hunt with the 39th overall selection to play opposite Jackson on the line and University of Georgia offensive guard Solomon Kindley in the fourth round.

The Dolphins strengthened their defense on all three days. Auburn University (Ala.) cornerback Noah Igbinoghene was the 30th pick of the first round, and University of Texas at Austin safety Brandon Jones was taken in the third round. They will join former Cowboy Byron Jones in a newly constructed secondary that allowed the most points in the 2019 season.

Alabama defensive tackle Raekwon Davis was selected in the second round by Miami, and University of North Carolina defensive end Jason Strowbridge was drafted in the fifth round to apply pressure to opposing quarterbacks. The Dolphins made improvements on offense, defense and special teams that will allow them to drastically improve next season.

With the 2020 NFL Draft now completed, teams and players look forward to the start of training camp and the regular season that is hoped to start on time with fans packed into stadiums across the country. The season is scheduled to begin on Sept. 10 with the NFL kickoff game.