GSGA Lecture Seeks to Bring Indigenous Cultures to the Fore 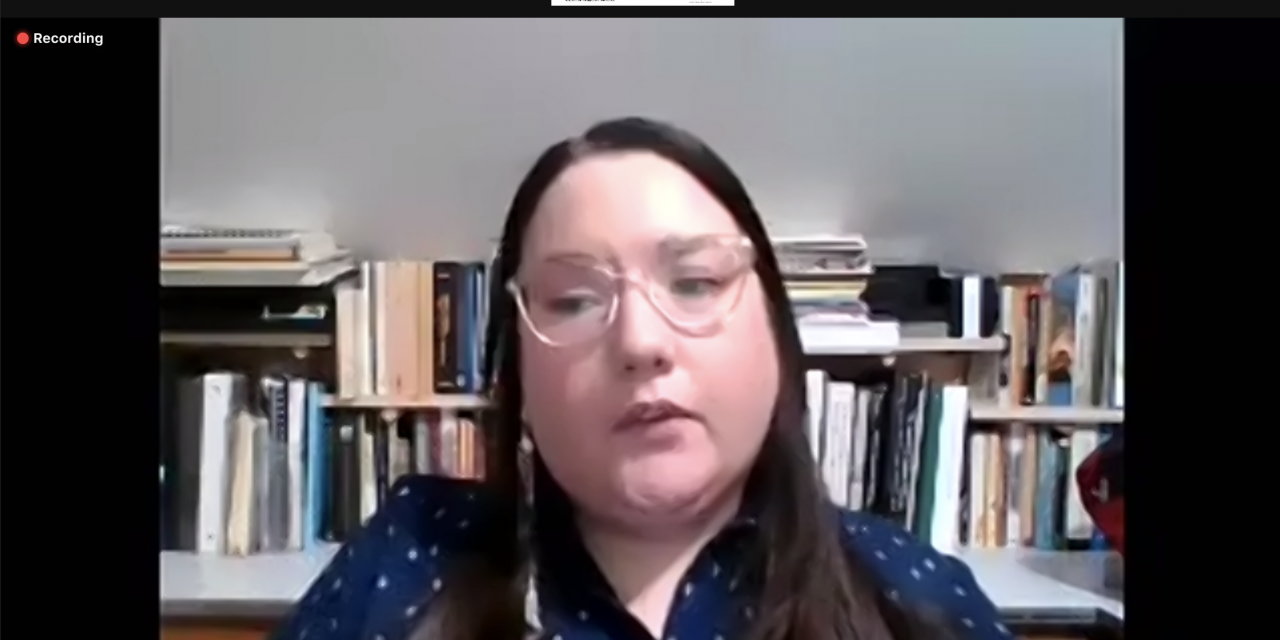 As part of the ongoing celebration surrounding Native American Heritage Month at Emory, the Graduate Student Government Association hosted a discussion about indigenous allyship on Nov. 12 with Monique Tyndall, a tribal archivist for the Wisconsin Menominee Indian Tribe.

The event, moderated by Emory alumna Klamath Henry (19C), focused on the intricacies of indigenous heritage and the steps non-indigenous people can take to better understand and uplift native cultures.

Tyndall, a member of the Munsee, explained that indigenous culture is “fluid and complex” and the process of defining one’s identity is extremely individualized.

“Indigenous identity isn’t just one way or the other,” Tyndall said at the beginning of the event. “It’s very mixed, and it can be a beautifully arranged web. It’s up to each individual as an indigenous person to decide how they wish to navigate that.” 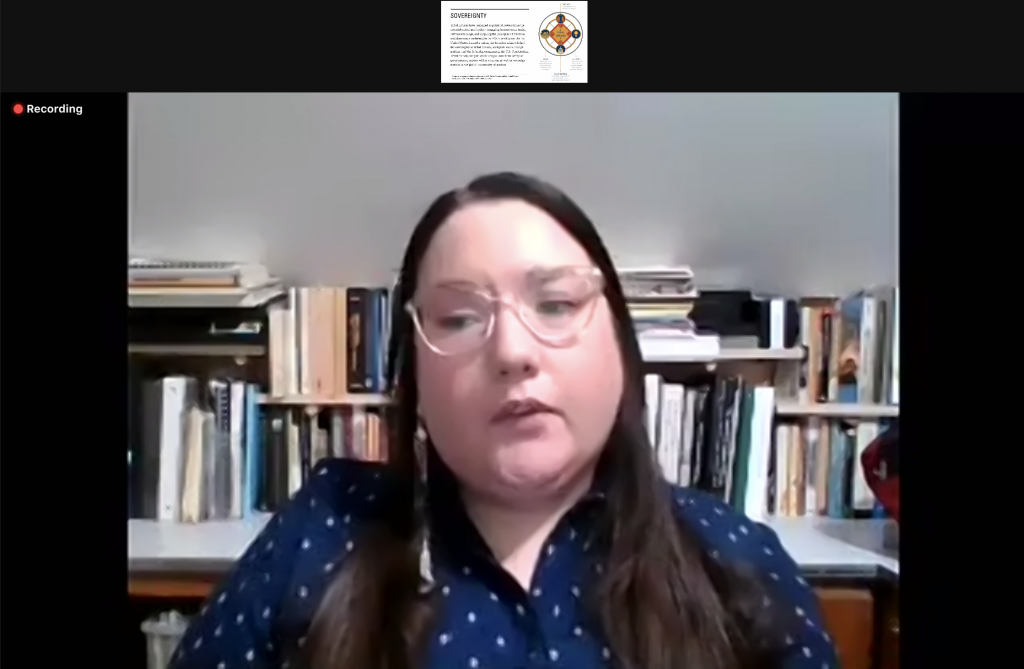 Monique Tyndall, a tribal archivist for the Wisconsin Menominee Indian Tribe, spoke on why allyship is key in preserving Native American knowledge in the U.S./ Claire Fenton, Contributing Writer

The customs and traditions unique to each tribe can contradict one another, a conflict Tyndall has experienced firsthand. Her mother’s clan is matriarchal but her father’s is patriarchal, causing Tyndall to switch tribal roles depending on her environment. Over the years, she’s embraced both lineages and celebrated the duality of her heritage.

“It’s been a journey for myself to navigate these different cultural contexts,” Tyndall said.

Despite the difficulties of balancing her identities, Tyndall is grateful for her upbringing. She was raised in a native community with her family, an experience some indigenous peoples never have.

“I have to acknowledge my privilege,” Tyndall said. “I grew up on the reservation. I grew up within my tribal community. I grew up within a family — a multi-generational family — where indigenous knowledge was transferred throughout the generations. Not everybody has that opportunity.”

To keep their history alive, indigenous communities track down native documents detailing conflicts, land removals and mass migrations. By encouraging repositories to digitize their archives, they hope to make the artifacts more accessible and use that information to reconstruct their historical narrative.

As Tyndall pointed out, in order for indigenous people to dispel common misconceptions and stereotypes surrounding their culture, they must have a platform to tell their own stories.

“The majority of Americans know little or nothing about us,” Tyndall said. “Much of what Americans do know is rooted in negative and distorted stereotypes perpetuated by popular culture, the media, offensive mascots and our elected leaders.”

Native people today still fight to receive the health care and education the federal government promised them in exchange for their land. Tyndall believes that teaching people about indigenous issues, both historical and modern, can turn them into “allies,” or those who disrupt oppressive spaces by educating others on the realities and histories of marginalized peoples. However, she warned against taking on the ally label as a “token identity” or “badge” for one’s self-interest.

“It is not an opportunity to hijack the message or your own institutional opinions or values instead of respecting those of the indigenous community,” Tyndall said.

Tyndall outlined the process of becoming an ally, stressing that the first step involves actively searching for and recognizing personal racism. White people, in particular, must understand the history behind indigenous prejudices and stereotypes so they can “raise their race consciousness” and leverage their privilege in ways that benefit native people.

“Accept, understand and name some of those things that you didn’t know were racist,” Tyndall said. “Do that healing and that kindness to forgive yourself and move on from that because from that point on you know better and there will always be an opportunity to do better in the future.”

While acknowledging that white people may be intimidated to get involved with the issues of a culture they know little about, Tyndall emphasized the importance of accepting indigenous traditions.

Tyndall believes that the reparations process should begin by “handing the mic” over to natives and allowing them to reclaim their narrative. Whether by giving them a chance to portray themselves in pop culture or hiring them to oversee organizations concerning native relations, Tyndall stressed that others must first confront their country’s tumultuous history with indigenous people before true change can begin.

“It’s already pretty lonely when you’re living in a country where you struggle with this feeling of invisibility,” Tyndall explained. “In the arts and culture realm, we don’t see our people too much. They exist, there’s a lot of them. Individuals with those platforms need to start raising them up.”