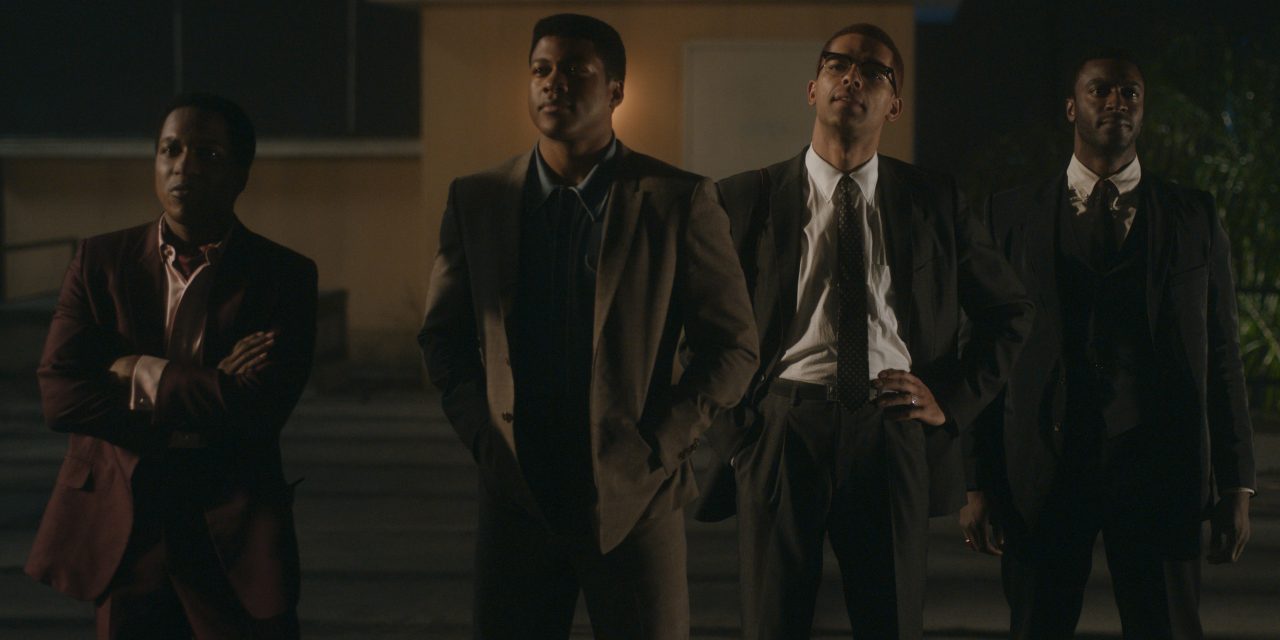 Regina King’s “One Night in Miami” is a gripping mediation on race in America from the perspective of four African American icons of the 1960s: civil rights leader Malcolm X, legendary soul singer Sam Cooke, NFL Hall of Fame running back Jim Brown and heavyweight boxing champion Cassius Clay (later known as Muhammad Ali). One by one, each of four Black idols comes to grapple with the enormous responsibility of using their platform to aid the civil rights movement.

In light of last year’s protests against police brutality and anti-Black racism, “One Night in Miami” will certainly respark the dialogue surrounding the role we play in combating racism. Are those with privilege using it sufficiently to the advantage of those without?

“One Night in Miami” is the film adaptation of the titular play about the dramatized rendezvous of four Black superstars — Sam Cooke (Leslie Odom Jr.), Cassius Clay (Eli Goree), Jim Brown (Aldis Hodge) and Malcolm X (Kingsley Ben-Adir) — in a Miami motel room following Clay’s championship victory in 1964. The film is the debut feature of Academy Award-winning actress Regina King (“If Beale Street Could Talk”) and was the first film by an African American female director to premiere at the Venice Film Festival.

In under two hours, the audience witnesses a whole gamut of emotions, from fits of rage to tearful breakdowns and the resulting catharsis. The script, penned by the acclaimed screenwriter Kemp Powers, delves so deeply into the flaws and insecurities of each character that all the celebrity mystique is stripped away to reveal the human side of these larger-than-life figures. What begins as a conversation between a group of friends in a motel room becomes a series of clashes that culminate in a tender moment of brotherhood between four Black men, something that Hollywood does not portray as often as it should.

For a debut feature film, “One Night” seems like the work of a seasoned director. King’s directing style is visually stunning and even experimental, as she makes use of unconventional framing techniques and inventive transitions. At one point, we witness Clay in a prize fight from two perspectives — that of someone in the ring and that of a spectator in the crowd. From the latter perspective, King permits objects and people to obscure the foreground while still focusing on the brightly lit boxing mat. These shifting perspectives and sense of ambiguity  permeate the entire film, underscoring the diverse views of Cooke, Clay, Brown and Malcolm X.

The film presents racism as paradoxical and senseless: even the most accomplished Black men cannot escape it. Brown is barred from entering the house of one of his white admirers, Cooke is walked out on by an all-white audience for covering a Debbie Reynolds song and Clay’s backers urge him to end his relationship with Malcolm X, whose militant rhetoric angers white people. Due to their alienation from both the wealthy whites that support them and the lower-class Blacks that look up to them, they are pulled between attaining economic freedom or political freedom.

When the four leads finally meet in the motel room, about a quarter way through, it becomes clear that Malcom X is one of the main driving forces of the plot, for better or worse. At one point, X leaves the room to take a phone call from his wife and it feels like the other three characters have been put on hold. While they pass the time shooting the breeze and eating vanilla ice cream, the viewer only tastes the second-hand boredom. Luckily, once Malcolm X and Cooke begin their heated political debate, the film’s pace picks back up again. Malcom accuses Cooke of being a panderer and a “wind-up toy in a music box” for white people, while Cooke fires back at X for being merely a sycophant to Elijah Muhammad, the leader of new African-American religious movement, the Nation of Islam. Where Cooke lacks a sense of activism, X lacks ideological autonomy, making it clear the two characters act as foils for one another and each hold the key to the other’s personal growth. 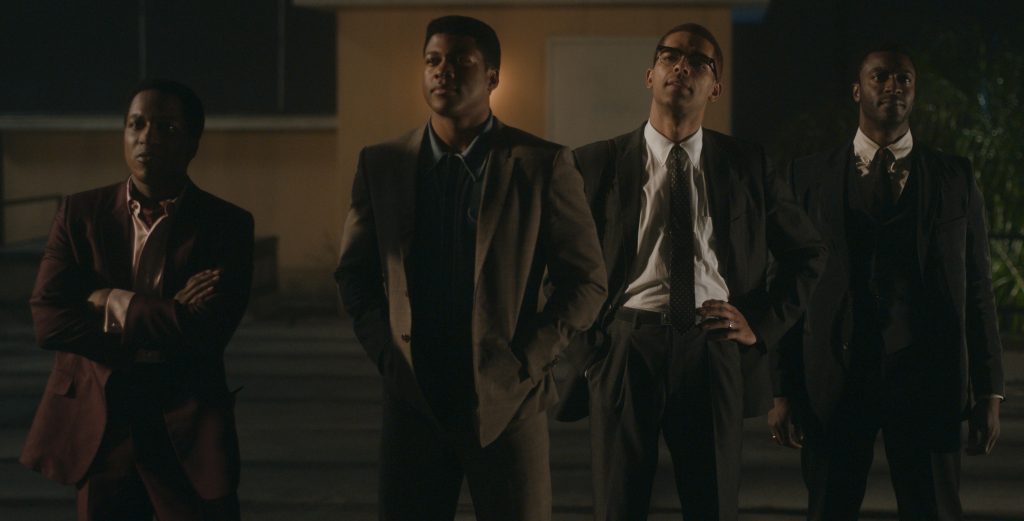 The movie’s key selling point is its talented cast, whose performances are so impressive they border on uncanny. From Goree’s puerile and wisecracking Clay to Hodge’s coolheaded yet intense Brown, the four leads were easily recognizable as their characters — replicating even their subtle mannerisms. When it comes to standout performances, I would argue that Ben-Adir’s fiery portrayal of Malcolm X comes close to rivaling Denzel Washington’s Oscar-nominated performance in Malcolm X (1992), particularly when he engages in impassioned verbal disputes with Odom’s character. On another note, Odom, as one would expect given his Broadway chops, shines as Cooke; not only does he flawlessly recreate Cooke’s soaring voice, he also mimics the legend’s distinct furling of his upper lip as he sings. I don’t believe anyone else could have done Cooke so much justice.

“One Night in Miami” is successful because it does not need to be preachy or portray things in a simplistic way to deliver its hard-hitting message about race in America. In choosing not to take a unified stance on the means of Black liberation, King allows the audience to decide which character to side with over another. The four men are flawed and complicated, and they exist within a small and exclusive group of Black celebrities. But their brotherhood runs deeper than status or fame: the four men who walk into the Miami motel room that night in 1964 are not the same four who come out, and the same can be said about the audience.